Scotland is a country that is part of the United Kingdom. Occupying the northern third of the island of Great Britain, it shares a border with England on the south and is bordered by water everywhere else. In addition to the mainland, Scotland includes over 790 islands including the Northern Isles and the Hebrides.

The Kingdom of Scotland was an independent sovereign state before 1707 when it entered into a political union with the Kingdom of England to create the United Kingdom of Great Britain. Scotland’s legal system is separate from England, Wales, and Northern Ireland.

Scottish music is a huge aspect of the nation’s culture, with both traditional and modern influences. Perhaps the most famous Scottish instrument is the Great Highland Bagpipe. Bagpipe bands, featuring bagpipes and various types of drums, and showcasing Scottish music styles while creating new ones, have decidedly left the island and have become commonplace and popular worldwide. 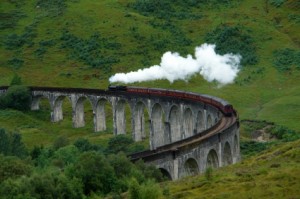 Scotland is no slouch in the literature department as well. The poet and songwriter Robert Burns composed in the Scots’ language (Gaelic), although much of his writing is also in English which is more accessible to a wider audience. Similarly, the writings of Sir Walter Scott and Sir Arthur Conan Doyle were internationally successful during the 19th and early 20th Centuries and are still read widely today. But, perhaps not as widely known as J.K. Rowling. Rowling is one of the most popular authors in the world and began writing her famed Harry Potter series in a coffee shop in Edinburgh. 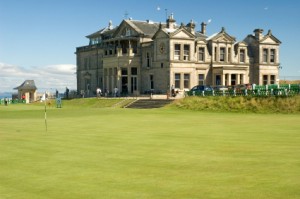 Of course, no thought of Scotland is complete without golf, but Scotland is also known for some other sports as well.  The country fields its own teams at many international sporting events including the FIFA World Cup, the Rugby Union World Cup, the Rugby League World Cup, the Cricket World Cup and the Commonwealth Games, but not at the Olympic Games where Scottish athletes are part of the Great Britain team. And speaking of golf, while there are many opinions on the origin of the sport, most will agree that the modern game originated in Scotland around the 12th century, with shepherds knocking stones into rabbit holes on the current site of the Old Course at St. Andrews. The Old Course at St. Andrews is the oldest golf course in the world and is a public course over common land. The property is managed by a trust established by an act of Parliament. The Royal and Ancient Golf Club of St. Andrews club house sits adjacent to the first tee, although it is one of the most impressive, many clubs have playing privileges on the course, along with the general public. 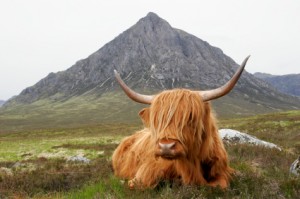 Despite its small size, Scotland certainly has many treasures crammed into a little space. Visitors will discover something for all tastes. For the history buff, few cities compare with Edinburgh and Glasgow; for the hungry, Aberdeen Angus beef or smoked salmon (or if you are brave haggis*) or, for the thirsty, the wonderful array of single malt whiskeys. There is the wild mountain scenery of the Highlands and crashing seas of the Outer Hebrides.  And if that is too active for you, the scenery, including castles and country pubs will likely fit the bill.

*Haggis is a dish containing sheep’s ‘pluck’ (heart, liver and lungs), minced with onion, oatmeal, suet, spices, and salt, mixed with stock, and traditionally simmered in the animal’s stomach for approximately three hours.

One thought on “Scotland- by Sceptre Tours”