Posted on September 6th, 2010 by John Frenaye in Outposts

Arequipa is the capital of the Arequipa Region in southern Peru and is the second most populous city of the country after Lima. Arequipa is nestled in the Andes mountains, at an altitude of nearly 8,000 feet. One of the most prominent features is the volcano El Misti, whose snow capped peaks stand guard over the city.

Founded in 1540, the site was chosen for its proximity to the coast, which allowed settlers to establish a trade routine with Lima. Wheat, corn, and grapes all greatly contribute to the region’s economy. 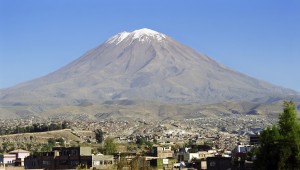 While El Misti is still an active volcano, the city is surrounded by two other dormant ones—Chachani and Pichu Pichu. The Incas held these volcanoes in high regard and the snow melt from their peaks form the headwaters of the Amazon River, thousands of miles away.

The city is also known for its many colonial-era Spanish buildings built of sillar, a pearly white volcanic rock, from which it gets the nickname La Ciudad Blanca (The White City) The historic center of Arequipa was named a UNESCO World Heritage Site in 2000, in recognition of its architecture and historic integrity.

Some of the more popular attractions in Arequipa include:

Arequipa’s Plaza de Armas is one of the most beautiful in Peru. On the north side of the Plaza is the impressive, twin-towered Cathedral, built in 1612 and largely rebuilt in the 19th Century having been repeatedly damaged by earthquakes and fire. The Plaza is surrounded on its other 3 sides by colonial arcaded buildings with many cafes and restaurants.

The Monasterio de Santa Catalina (Santa Catalina Convent) is one of the most unusual sites in Arequipa. It was opened to the public in 1970 after 400 years as a cloister. The convent has been beautifully refurbished 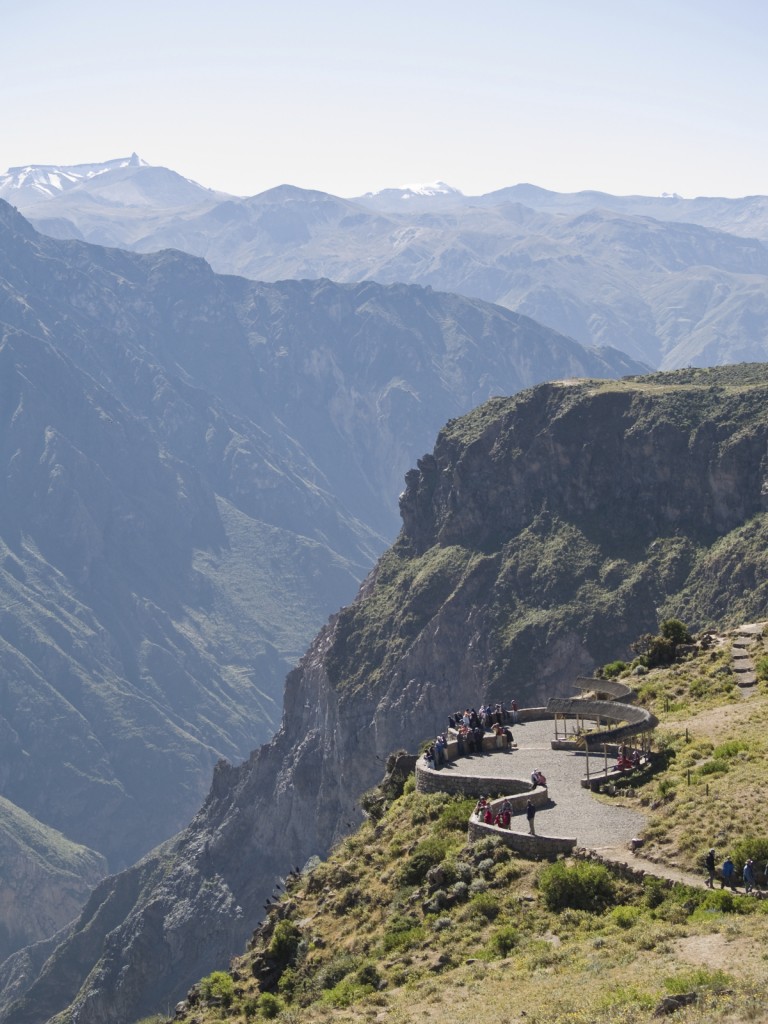 with period furniture and paintings. As convents go, this one was a bit on the wild side. During its heyday, the nuns, daughters of aristocrats, paid little heed to their vows of poverty and silence. Each had her own servant and dined in luxury with porcelain plates, fine tablecloths and silver. The tile-roofed buildings are painted in traditional white, brown and blue. Today, about 20 nuns still live in a small section of the convent.

Climbing the El Misti Volcano is a two to three day climb. It can be strenuous due to the altitude and thin air; but any relatively fit person ought  to be able to do it without too many problems. The El Misti climb, in fact, one of the easiest ascents of any mountain of this size in the world; however, it should never be attempted without a guide and the proper equipment such as crampons (shoe spikes).

Most people who visit Arequipa also will take a tour out to the Canyon de Colca, one of the world’s deepest canyons formed by an enormous seismic fault between the Coropuna and Ampato volcanoes reaching depths of 21,000 feet! To put that into perspective, it is about 4 miles. The Grand Canyon depth is 6,000 feet.