Considered one of the hottest destinations in all of Europe and the world, the Iberian Peninsula country of Spain is high up on the favorites list of tourists around the globe.  Its expansive coast, both bordering the Mediterranean and the Atlantic, provide a great location for beach lovers to relax, bask in the sun and, of course, partake in a variety of outdoor activities.

Spain was discovered by fellow European countries, namely Germany, France and Britain in the 1950s as a cheap yet pleasant vacation spot that was a brief drive away from them.  This, of course, caused a tidal wave of visitors, from the rest of Europe and the world, including America, and the rush was on.  Now, over 60 years later, Spain has capitalized on this attraction and can offer a wonderful time, excellent atmosphere and world-class hospitality and beaches. 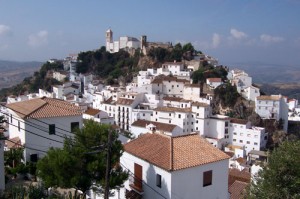 Spain is the second-largest country in Western Europe, only behind France.  Because of that, a unique environment becomes available offering, as stated before, perfect beaches, but also plateaus like the Meseta and the Pyrenees Mountains in the north, which form a natural border to the rest of the continent.  Not only does this provide a distinct separation, but it also assisted in the development of much cultural diversity.  Such regional languages as Galician, Basque and Catalan were formed, complimenting the standard Castilian Spanish.

Furthermore, the country can trace its early origins to Islamic influence, given its extremely close proximity to Northern Africa.  Only the Strait of Gibraltar, which is very narrow, separates them.  This domination by Islam and Moorish culture took place up until 1492, when the now predominant religion, Roman Catholicism, took over, its influence easily visible to this day in the present culture and architecture.

One of the don’t-miss cities in Spain is the northwestern coastal city of Barcelona. Home to avant-garde artists, high-end fashion designers and even the 1992 Summer Olympics, a great deal of positive light has been shed on the city.  Now it is a hot spot.  Visitors should also make time to see Seville, which is where Holy Week processions take place, and was also home to a big event in 1992 – The World Expo.

There are other regions that are worth exploring, especially if the city life isn’t something that is up your alley.  The Valencia region is enormous 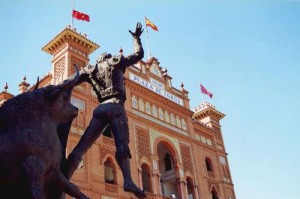 in terms of importance for Spain’s agriculture, whereas taking on a historical role, the Andalucia region is where Moorish influence can be most heavily felt, as mentioned earlier, in the picturesque architecture within the villages.  Finally, the Costa del Sol region.  Extending from the Strait of Gibraltar to Adra, the majority of tourism can be located here.  Protected by The Sierra Nevada Mountain Range, the weather here is ideal year-round with plentiful, warm sunshine.

All in all, Spain is the perfect location for a summer getaway.  With plenty to do and plenty of culture to soak up, visitors hardly find themselves bored or with much downtime at all.  There is a strong pride in their tourism industry, one that should be capitalized upon by all who step upon their diverse shores.