New York City and its surrounding environs make the ideal starting point for these cruises. Besides being one of the most iconic, cosmopolitan cities in the world, The Big Apple has an immense historical wealth, and thanks to its high profile in film and television, chances are you’re likely to say, “Hey, I’ve seen that before!” over and over. 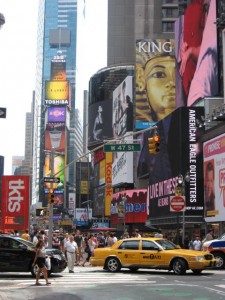 But once you do set sail and pass under the massive Verrazano Narrows Bridge into the open Atlantic, the history of North America’s Northeastern coast awaits you. These are some of the first points of North American settlement, dating back hundreds of years.

A typical weeklong run from New York usually balances out ports between Canada and the United States. In the US, visitors can expect to call on a few large ports like Boston and Portland, but it’s the smaller, more out-of-the-way calls where New England culture really shines.

Bar Harbor, Maine, could almost be called the Cruise Ship Capital of the East thanks to its immense popularity, and while the town likes to play up its connection with the sea (lobster oven mitts, anyone?), there’s no denying that it is deservedly so: Bar Harbor boasts some of the best seafood and blueberries you’re ever likely to taste. 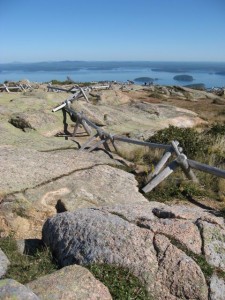 It’s also remarkably scenic: A trip to Acadia National Park and Cadillac Mountain, the highest peak on the eastern seaboard, is a must. If you’ve never been, nearly every cruise line offers an excursion to Acadia National Park. But if you’ve been here before, there’s nothing like spending a day cycling around the town and through the park, or arranging your own transportation to Cadillac Mountain. The views alone are stunning.

Not to be confused with St. John’s, Newfoundland, Saint John (no ‘s’) New Brunswick was the first incorporated city in Canada and is home to the world-famous Bay of Fundy that features the greatest tidal fluctuations in the world.

It’s also a remarkably pretty city to wander around in, with numerous public parks, historic churches, and the fantastic City Market – the oldest continually operating market in Canada, built in 1876. Of course, no trip here is complete without a visit to Tim Hortons, a chain of coffee shops which is practically a Canadian institution.

Like Saint John, the city of Halifax, Nova Scotia is not only beautiful but also historic. It was here that bodies from the wreck of the RMS Titanic were brought ashore, and in 1917 Halifax faced its greatest tragedy when a munitions ship called the Mont-Blanc exploded in Halifax Harbour, killing 2,000 and injuring 9,000 people. 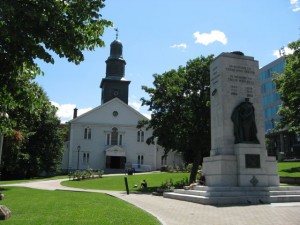 Today, Halifax is a vibrant city of modest size; large enough to offer plenty of amenities but small enough to remain easily walkable from the cruise piers located just outside of the main center of town. One of the most famous nearby attractions is without a doubt Peggy’s Cove, a small fishing village with a tall, white lighthouse that has stood proudly on these rocks since its construction in 1914.

Typically, these ports of call are followed by one or more relaxing days at sea as your cruise ship winds its way back down the Atlantic Ocean.

While it’s the fall departures during late September and October that tend to draw the largest crowds thanks to the beauty of this region’s fall colors, voyages to Canada & New England have been offered as early as April some years, and can run until nearly November.

The increasing popularity of these itineraries during the summer months is a testament to the diverse ports of call offered on both sides of the border, and the tremendous history that’s yours to discover.