New Rules: It’s Just a Chicken Sandwich…But Is It PC?

Posted on August 16th, 2012 by Lyn Edwin Cathey in Soundings

Regardless of which side you take in the recent dust-up over the official ‘gay marriage’ policies of a major fast food company, the brouhaha itself proves that our Constitutional rights are working exactly as intended. We enjoy both freedom of speech and freedom of choice in this country. We are free to express our values…and free to vote with feet and wallets accordingly – usually with some civility. It’s the American Way, right?

Unfortunately, it is not that simple anymore. As Jon Stewart of the Daily Show so aptly puts it, we’ve morphed into a “Fast Feud Nation”.

Regardless of your position on the core issue, put yourself in shoes of the management of Chick-fil-A. Is your business prepared for possible fallout from unexpected, unflattering – maybe unwarranted – attention? In the always-connected, always-on, reality show world that we live in, have you given any thought to the Internet equivalent of people picketing your business in chicken suits?

The odds are much greater today that the expression of personal opinions and values – anywhere, anytime – not just through social media channels – will have a direct impact on your business.  And it is often difficult, if not impossible, to measure that impact.

There is no such thing as ‘off the record’ anymore.  We live in an always on, always connected world. You can fully express yourself – or you can be Politically Correct – but not both. Any fool with a smart phone can capture anything at any time. Then – often on the same handheld device – edit it to skew the meaning in any direction. (Biased editing is not what happened with Chick-fil-A, but it is an everyday reality in political ads). 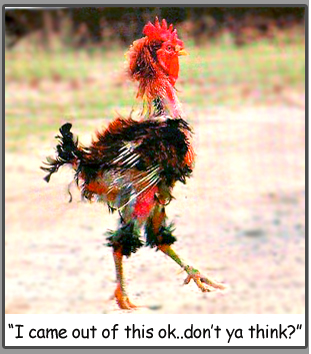 I doubt that Chick-fil-A president and COO, Dan Cathy (no relation, unless he buys another vowel) had any idea that his ‘sanctity of marriage’ statement would generate such controversy. He was probably blindsided by the sudden uproar.

Yours truly has been known to occasionally be too quick to express personal opinions, challenging those of others – without thought as to the impact on my business. Consequently, this incident got me to wondering – what would my response be if suddenly in the crosshairs of a media firestorm – perhaps due to someone ‘supersizing’ a comment left on a social media page somewhere in some far corner of the Internet?

What if we just gave in to the urge to speak our minds at every opportunity? The likely result would be narrowed client list whose values and opinions perfectly reflect our own. I can think of nothing more boring.  Even the voices in my head agree with that!

But controversy sells…and media talking heads will continue to say anything to fan the flames. (Just yesterday one said, “If you believe in gay marriage and eat at Chick-fil-A today, you are a chicken eating Judas!” Seriously.)

Yes, the great chicken sandwich flare up is entertaining, infuriating, laughable and troubling – all at the same time. But make no mistake, new rules are being written for doing business in America…whether for good or bad. Are you prepared?

Share your thoughts on “New Rules: It’s Just a Chicken Sandwich…But Is It PC?”