How NOT to Handle a Complaint on Social Media

Posted on December 3rd, 2012 by Richard Earls in Publishers Corner

Some life lessons, no matter how painful, are too valuable not to recount.

A rather amazing exchange between a disgruntled customer and a restaurant owner in Boston last week erupted in a volcanic swap of ignominious Facebook posts. The tenor of the social media thread was not only angry, but the choice of diction was too explicit for me to re-post. I will instead point you to one of many articles on the incident with a warning: if you are easily offended by inappropriate language, do not click on this link.

Whenever I really messed up as a kid, my well-practiced father would first chastise me. Then, after the matter had cooled for a while, he would ask me “So what have you learned?” Dad was an advocate of learning from mistakes and therefore, as a result of my own proclivity for error, I am a relatively well educated individual.

So I want to ask you, what can we learn from this great example of a bad example? 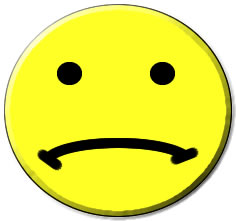 Firstly, if you are in business long enough you will get a complaint. It’s inevitable, so be prepared. Have a game plan. Don’t be startled into making a comment in response sure to live in infamy. You may be at fault, you may not. Fault is a secondary consideration. The first consideration is the unhappy person before you who may or may not be skilled in the art of the complaint. Practice well beforehand how to respond to a complaint.

Secondly, and this too is a lesson from my father, if you lose your temper, you lose the argument. Emotion is too high-octane a fuel for monitoring your suggestion box. When someone complains in person, listen and repress your emotions. If the complaint is on social media, remember your response is as public as the complaint. You will be judged, as will the complainer. Let logic play traffic cop this time.

When someone complains online, take the complaint off-line as quickly as possible. A single mention on Facebook may or may not ever float to the top of a Google search. A long stream of back and forth retort and counters that goes viral will almost certainly be a top result every time someone searches your company name. Need proof? Google “Pigalle Boston.” I actually feel badly I am adding to the algorithm with this article.

When you make a mistake and feel emotional,  hand someone else the shovel and quit digging. Marc, the chef at Pigalle, not only responded poorly to a rude post, he went on to criticize some portion of the planet for being “uneducated, unintelligent, unpolished human beings.” Ok, Marc. Tell us how you really feel. Later, Marc managed an apology. I am fairly certain, again judging from the diction, by apology time Marc had turned the matter over to someone more practiced in such matters and a bit calmer in general disposition.

There are some clients with whom you cannot reason. But if you are going to burn a bridge, don’t do it by pouring gas over your own head. In the Pigalle episode, loyal customers of the restaurant came to its defense. You can actually count on people to do that for you, so use the greatest of caution in the manner of your defense. The demeanor of the person complaining in this case was so over the top as to lack a degree of credibility. Her language betrayed her own lack of courtesy and discretion. Give this type of person all the rope they need. Apologize for the fact the customer is unhappy, promise to investigate and take it off line. Handle it well and readers will approve.

Then follow up. Like a professional. Before you have an online complaint arise and find your reputation at risk, here is a series of articles you might find helpful. I wish Marc had been a TRO reader.

Be careful out there.

And if only Dad could see me now.