Tuntufye A. Mwambusi, the National Sales Manager of Precision Air

Tuntufye A Mwambusi, famously known as Tuntu, graduated from Toulouse Business School in France with Master of Business Administration in Aerospace Management.

Travel Research Online: What has been your most memorable travel experience?

T.A.M.: My most memorable travel experience was back in 2011 when my family and I visited Ngorongoro Crater on the northern circuit of Tanzania. Ngorongoro Crater is the world’s largest inactive, intact, and unfilled volcanic caldera. We were all amazed to see a large number of animal species found at the crater. Studies shows approximately 25,000 species are habited at the crater, for example, the black rhinoceros, the hippopotamus, the wildebeest, leopards, cheetahs, crocodiles and the like. Our travel was well organized as we took a flight from Dar es Salaam with Precision Air (of course) and stopped in Arusha and started a trip very early in the morning to Ngorongoro Crater. My son and my wife mention it every other day as one of most unforgettable experiences.

TRO: How did that influence your understanding or appreciation of travel?

T.A.M.: I learned a lot during that travel experience. For example, the importance of smooth coordination from the flight, the importance of a quality hotel and  ground transportation, and how good tour guide can enhance an experience. Also, I discovered the value of  proper timing for a vacation. We also learned more about the fantastic tourist attractions that our country has to offer, which most of people either aren’t aware of or take for granted. This made me realize  the need for more publicity on these home-ground blessings for a once-in-a-lifetime experience. We only live once!

TRO: What first inspired you to work in the airline industry?

T.A.M.: Caldera. Air travel is an amazing industry and very addictive.  The role air travel plays in mankind and the economy inspired me to work in the industry. It facilitates movement of people from one point to another with ease, convenience, less time, and more comfort. Tanzania is an undoubtedly huge country and road trips means hours and hours or travel to the next region or town. Individually also, it offers staff to be more global aware whether by traveling private or representing the company to the world. Can’t forget the jet fuel smell! Whenever I am on duty at the airport or traveling, people always tells me I am made for this industry.

TRO: Tell us about Precision Air.

T.A.M.: Precision Air Services Plc (PW) was simply a family managed business when it started in 1993. Twenty years later, it dominates the country’s aviation industry. The airline operates both scheduled and charter flights.
Today,  PW has concentrated on the scheduled flights with most frequencies and connectivity than any airline in the country. PW operates domestically – Zanzibar, Kilimanjaro, Arusha, Mbeya, Mtwara, Mwanza and Kigoma – and internationally to Nairobi, Kampala, Hahaya and Mombasa.

PW is known as the most innovative & fastest growing local airline in the country. It  is reckoned for its professionalism, safety, and business ethics. Ever since inception, the airline has been playing an important role as a key aviation player. PW provides need-based transport services and equipment to all strata in the country including remote area such as Mtwara where other players cannot reach. The airline vows to continue maintaining to be the safest and most competitive airline of choice in the country in providing need based transportation services and equipment to all areas in Tanzania and beyond. 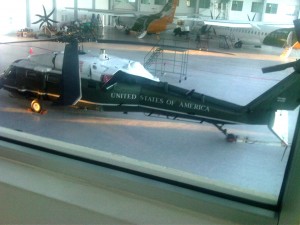 PW undertook fleet a expansion program at the tune of about  $95 million. The introduction of the new aircrafts is a continuation of a major, courageous fleet renewal and expansion program being implemented by the airline. PW fleet is known to be the youngest and safest in Africa.

In 2012, Precision Air completed constructing its own Hangar situated at the Julius Nyerere International Airport in Dar es Salaam. Today the Airline is able to serve its own servicing that has enabled effective maintenance turnaround to cut down delays. Aside from its own fleet, the Hangar services other airlines landing at the JNIA. For example, the Hangar played host to the Marine 1 during Obama’s visit to Tanzania in July 2013.

TRO: Is there anything new or exciting on the horizon for Precision Air?

T.A.M.: In March 2013, Precision Air appointed a new CEO, the first female CEO in East Africa, Ms. Sauda Rajab. Rajab is an all – around executive professional with vast experience in the airline travel market, people management, finance, general sales as well as marketing. In June 2013, the Airline under the command of its new CEO, announced it was in the process of reviewing its operational 5-year plan as part of its expansion and business review. The said review was expected to set course for operational and fleet expansion measures and re-assessment of the Airline’s current position which will have deep impact on Precision Air’s business landscape and finances.

The Airline has for the first time been named on of the Top 20 Tanzanian Consumer Superbrands for 2013/2014. This rating recognizes PW’s strong and indisputable brand recognition, and cements even further its position and the preferred regional airline of choice for Tanzania.  We have also increased frequencies into the northern zone served by Mwanza totaling 28 flights a week, and in the southern zone, Mtwara, where we run 11 flights a week.

TRO: Tell us about Tanzania. What makes it such a unique destination for travel?

T.A.M.: There are a large number of places PW operates to be touristic destinations. Tanzania is one of the most unique destinations on the African continent. When you to travel to Tanzania now, you will be met with some of the most diverse safari experiences in Africa. This is a land of many wonders with an unparalleled selection of wildlife, bird life, nature, and of course the scenery and coastline. Tanzania offers cultural tours, safaris, incredible beaches, luxury camping, hiking, and much more.

TRO: For passengers traveling to some of these destinations, what is the minimum connect time at your hub?

T.A.M.: One hour at most. Due to Precision Air’s diversified connectivity, passengers are able to find their connections to the next destination with ease and less expenditure.

TRO: Do you have any code-share agreements?

T.A.M.: Like all business, the airline business is interdependent of one another. Precision Air does have interline agreements with many carriers. Our codeshare partners have necessitated PW to spread its wings internationally, given more destination options to our passengers than ever before , as well as position PW brand on the world map and a carrier. Our partners have served us well as we have them.

TRO: Does Precision Air have a frequent flyer program?

T.A.M.:  PAA Royal is a Frequent Flyer Program which the airline introduced to reward its loyal customers for their patronage. This is another milestone for Precision Air, as it became the first Tanzanian airline to introduce such a program.

PAA Royal Program has four membership levels which are JADE,SILVER, GOLD and TANZANITE. Members earn points every time they fly and they can later redeem these points for airline tickets, class upgrade, and excess baggage. Members are given other various benefits which include success to business class lounge and priority check in when they fly on Precision Air.

TRO: If a travel agents have any questions, who can they reach for help?

TAM: In the US we work with APG USA (Air Promotion Group) who serves as Precision Air’s representative for customer support for any assistance needed from booking groups and ticketing questions to general information. They can be reached at phone: 201-526-7845 email: precisionair_tanzania@apg-usa.us

2 thoughts on “Tuntufye A. Mwambusi, the National Sales Manager of Precision Air”

Share your thoughts on “Tuntufye A. Mwambusi, the National Sales Manager of Precision Air”