Posted on February 18th, 2014 by Caroline Hughes in Outposts

Ethiopia is a place of immense history and culture as well as unchartered terrains offering some of the most unique flora and fauna in Africa. Ethiopia is the only country in Africa that has never been colonized. It is  home to some of the most remarkable historical treasures in the world duly recognized by the UNESCO. 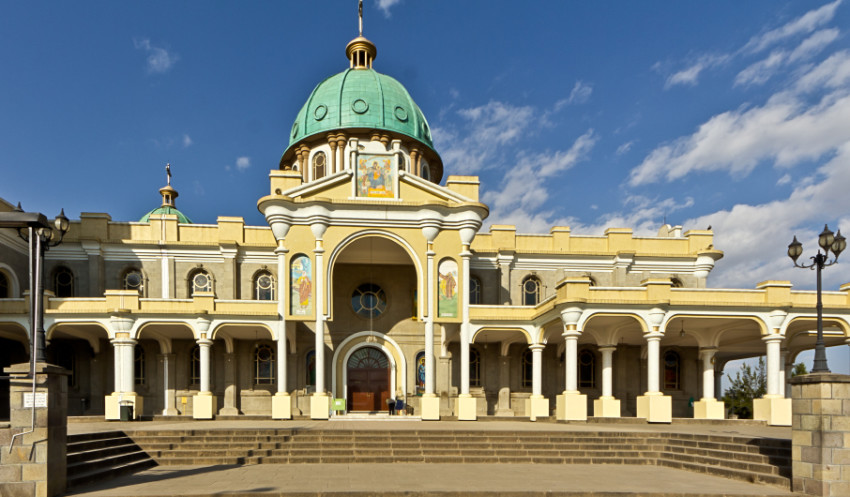 Ethiopia is home to the oldest remains of a human ancestor ever found, dated as being roughly 5 million years old. It has been named the earliest home of humankind. In addition, the second oldest human remains were found in Ethiopia, better known as ‘”Lucy.” The site of Lucy’s discovery in 1974 has been named a World Heritage Site by The United Nations Education, Science, and Culture Organization (UNESCO). The rich history of this country doesn’t end with these profound discoveries. Ethiopia is also rich with religious history, even dated back to the time before Christ. The former capital city of Ethiopia, Axum, which dates back to 100 BC was the first city in the country to adapt the Christian religion. According to the Old Testament, Menelik, son of The Queen Sheba and King Soloman, who later became the first Emperor of Ethiopia, brought the original Ark of the Covenant back to Ethiopia from Israel. Today, the Ark, which once housed the Ten Commandments, remains well hidden in Axum. It is guarded by a select monk, whose sole commitment is to protect the sacred vessel. Axum is also known for its massive, towering sculptures/stellas  that are more than two thousand years old. 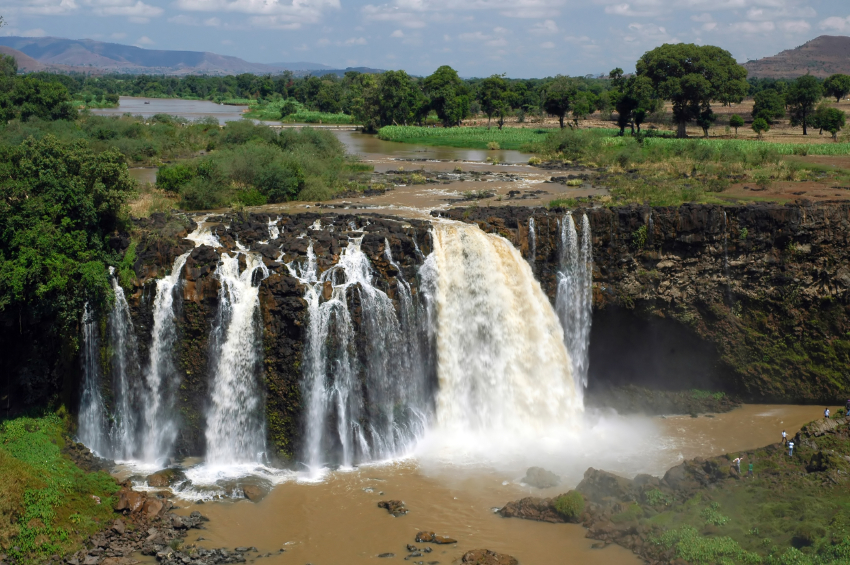 Much of Ethiopia’s natural beauty has been untouched and has remained home to some of the most beautiful and diverse plant and wildlife. From lush jungles, to giant rivers and waterfalls, to the Great Rift Valley, to the Afro-Pine highlands, the list is endless. The animal kingdom is equally as vast, with 450 known species of birds, lions, cheetah, gazelle, baboons, green monkeys, leopard, bushbuck, hippopotamus and more.

Ethiopia is an ideal destination for those who seek exploration and adventure. The most popular activities frequented by travelers include rafting, mountain climbing, treking, caving, fishing, bird watching, paragliding, and camping: an outdoorsman’s paradise. The expression “exploring the great outdoors” is fitting in describing traveling to Ethiopia.

The town of Bahir Dar is situated on the edge of the fabled Lake Tana. For centuries the city has been a place of commercial importance. Bahir Dar, situated as it is on the southern extremity of Lake Tana, provides access to both the Lake and its many islands, and to the Blue Nile Falls. This ancient city is picturesque with wide, palm-lined avenues and gardens overflowing with tropical vegetation,as well as being a place of considerable economic and commercial importance.

Located at an altitude of 1,83o meters above sea level, the popular attraction of the city includes Lake Tana, the largest lake in Ethiopia, with a surface area of 3,600 square km and also the source of the Blue Nile and home for more 37 islands and 20 churches and monasteries. 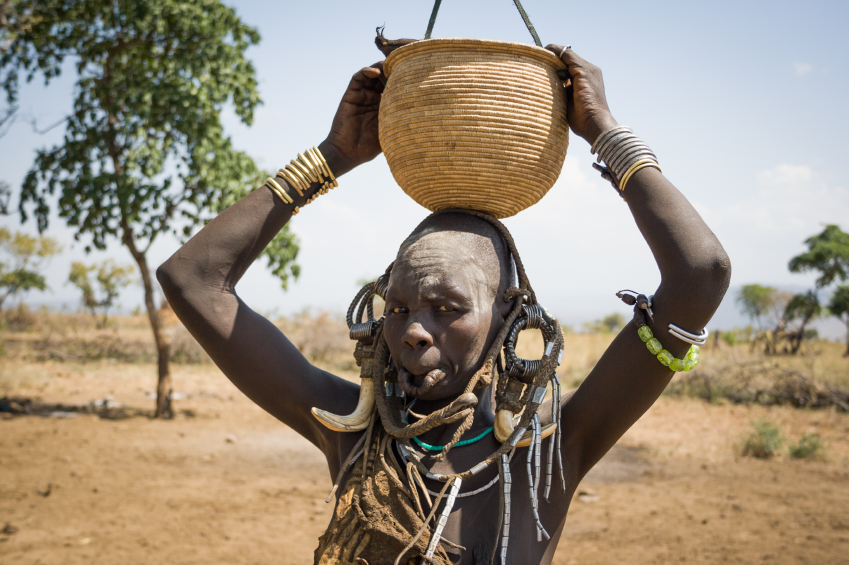 Ethiopia is said to be the birthplace of coffee. Check out a few of the unique and authentic coffeehouses where you can smell the coffee beans roasting from a block away. With strong European influence, there are many authentic French and Italian places to dine. There are also a wide range of authentic Ethiopian restaurants filled with character and Ethiopian culture.

Many of the cities in Ethiopia offer an array of shops where you can purchase handmade, original arts and crafts. From paintings, to carvings, to woven blankets, to traditional clothing, to books, a traveler can delight themselves in returning with treasures and gems from this beautiful country.

Travel Agents: You can use the content above on your own website or newsletter, compliments of the supplier sponsor above who has paid for your use of the materials. All you need to do is to follow the directions in the TRO Licensing Agreement. Also, please take a moment to check out the travel supplier that makes your use of this material possible.To use – Follow the procedure outlined in the TRO Licensing Agreement. Then, right click on this page and choose “View Source”. Copy the HTML and paste the copied HTML into your own webpages or newsletter. You may remove advertising.

Share your thoughts on “Discover Ethiopia by Ethiopian Airlines”