Posted on March 6th, 2014 by Ralph Grizzle in Deck Plans

March is here, and that can only mean one thing: the start of the 2014 European river cruise season. It’s also the start of a busy time for us at sister site River Cruise Advisor, as we attempt to cover all the new ships that are coming online this spring.

The Vikings Are Coming – Again! 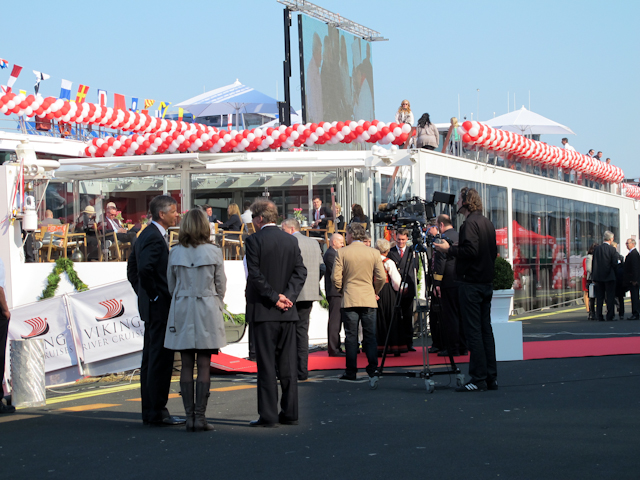 Onlookers gathered in March 2012 during the christening of the first four Viking Longships at the Passenger Terminal Amsterdam. In March, the line will christen an astonishing 16 vessels. Photo © Aaron Saunders

In March, we’ll be travelling to Avignon, France to witness the christening of an astonishing 16 new vessels for Viking River Cruises, including two Viking Longships that were launched last year, but never christened.

Over the past two years, Viking has christened each new crop of Longships in the Dutch port of Amsterdam. This year, in honor of its brand-new Chateaux, Rivers & Wine itinerary that operates roundtrip from the French town of Bordeaux, Viking will hold christening ceremonies in Avignon.

Aaron Saunders and I will be travelling to Avignon and Bordeaux in mid-March, and we’ll have coverage here and on our sister-site Live Voyage Reports beginning on March 17. We’ll have a first-hand look at Viking Heimdal in Avignon; and Viking Forseti in Bordeaux.

How will Viking cover the christening of 16 different ships? Very likely by using a combination of ships at the actual ceremonies, complemented by ceremonies performed from other parts of Europe via video uplink, as has been the case in the past. After two consecutive years, one thing that always remains constant is that Viking puts on one heck of a good show to usher each set of Longships into service.

Expect some surprises along the way. 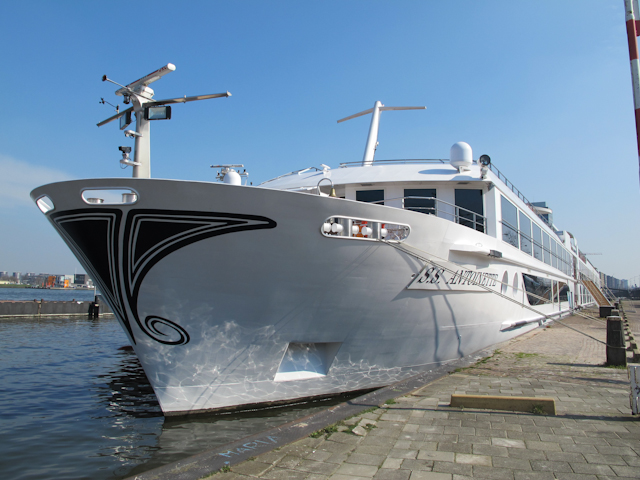 Uniworld’s S.S Antoinette, shown here in Amsterdam, will be getting a sister this year. S.S. Catherine will be christened March 26, 2014 in Lyon, France. Photo © Aaron Saunders

While Aaron’s linger in Bordeaux, I will travel to Lyon, France to witness the christening of Uniworld Boutique River Cruise Collection’s brand-new S.S. Catherine on March 26.

The long-awaited sister-ship to the line’s highly popular S.S. Antoinette, the S.S. Catherine builds upon the successful platform inaugurated by her predecessor, but with several defining changes to her indoor swimming pool area and general arrangement plans.

Far from being a carbon-copy of her sister, S.S. Catherine could well be a trendsetter in her own right. When she enters service, the 159-guest ship will operate Uniworld’s weeklong Burgundy & Provence itineraries that operate between Lyon and Avignon. Ralph will get to experience a mini-cruise for a taste of the itinerary.

Join us aboard Tauck’s new ms Inspire in April 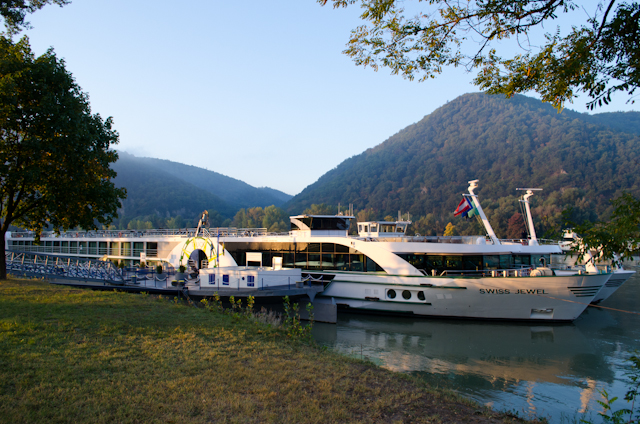 The month of river cruising isn’t over yet. In early April, Aaron will join Tauck’s brand-newms Inspire on her maiden voyage from Amsterdam to Brussels as part of the line’s 10-dayBelgium & Holland in Spring itinerary.

The first of Tauck’s new Inspiration Class riverboats, ms Inspire is longer than her other fleetmates, coming in at 443 feet. Yet, she carries just 12 additional guests for a total capacity of 130 – far below what most vessels her size typically accommodate.

She’ll have the most suites in the Tauck fleet, with 22 suites measuring 300 square feet. An additional 32 staterooms come in at an unusually large 225 square feet, and eight of those will offer a unique “loft-style” raised seating area that just might make staterooms on the lowest deck of the river cruise ship sexy again.

So join us over the next few weeks for what promises to be a veritable feast of new vessels, ports and unexplored waterways. 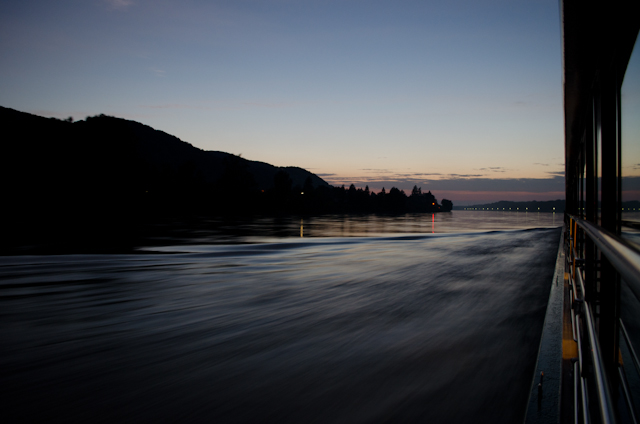 Coverage of the 2014 Viking Longships christenings in France will run from March 17 to 22. Uniworld’s S.S. Catherine coverage will be featured March 26, 2014, and Tauck’s ms Inspire Inaugural Sailing from April 7 to 16, 2014.

Share your thoughts on “A Tale of Three River Cruise Christenings”