Posted on August 7th, 2014 by Jonathan Divine in Departures

This North Belgian region of Flanders where contemporary lifestyles cross with medieval buildings/cityscapes boasts six beautifully preserved historic cities: Antwerp, Bruges, Brussels, Ghent, Leuven and Mechelen. Many cities are only a stones’ throw away from one other and easily accessible through the railroad network and by car or coach through a modern highway and road network.

Brussels is undoubtedly the best known as the heart of Europe. Antwerp is just as pulsating, with its long history in diamonds, visual arts and its cutting-edge fashion. The eclectic town of Ghent might well be the most overlooked travel destination in the world. And then there is, of course, the medieval city of Bruges, often described as the Venice of the North, a UNESCO ‘World Heritage Site’ so magical that it’s akin to a film set. But there’s more… smaller historic towns like Mechelen and Leuven that offer their own unique charm. Both are close to Brussels with a rich cultural and historical heritage, and a great beer brewing tradition. 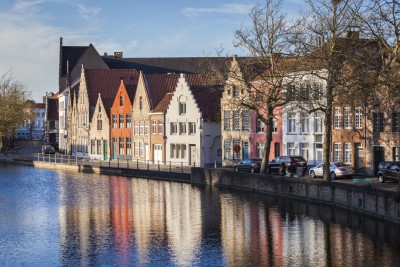 Flanders is the combination of people, and history—a mixture of knowledge, an honest and down to earth behavior and non-conformity tempered with ingenuity and innovation. Flanders has always been at the crossroads of northern and southern Europe, in between East and West, breathing in influences and creativity from all over the world. It offers centuries’ worth of cultural gems in the fine arts and architecture, as well as cutting edge art, fashion, and contemporary gastronomy. 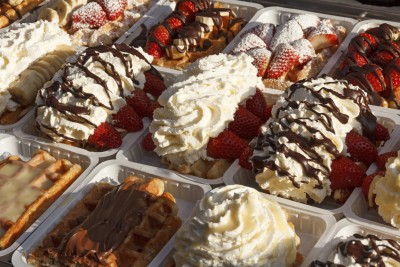 Finally, Flanders is also all about art–centuries of oil on canvas, intricate lacework and hi-tech design, exhilarating music festivals, and cycling.

With chocolate stores on every street corner and the sweet smell of warm waffles filling the air, a visit to Flanders feels like a match made in heaven. From medieval splendor to mouthwatering dishes, it’s hard to find fault with this pint-sized destination in the center of Europe. What are you waiting for? VisitFlanders.us