Posted on September 16th, 2014 by Adrian Collins in Outposts

Chile is a country located along the southern west coast of South America. Wedged between the Andes and the Pacific Ocean, Chile’s landscape is surprisingly diverse and extremely beautiful. 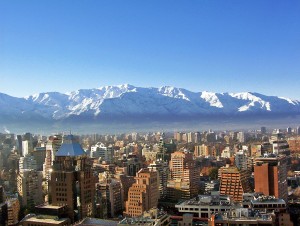 Individuals who have ever been fascinated by geography, will be enchanted by the the massive, virtually impassable walls of the Andes. In fact, travelers will be in awe to learn this mountain range is still rising, and contains more than fifty active volcanic peaks. Chile is also the central location of Torres del Paine, considered to be one of the finest nature travel destinations.

With attractions ranging from the towering volcanic peaks of the Andes, to the multitudes of parks, the Chilean vista proves to be a seductress to adventure-seeking travelers.

Because Chile is surrounded on three sides by impassable barriers, it remained unknown to the outside world. Prior to the arrival of the Spanish in the 16th century, Chile’s rich central valley was occupied by the indigenous Mapuche. During the Incan conquests of the 15th century, the Machupe and Incas disputed over the territory. Although the Incas were successful in their acquisition of territory, they were unable to push the Machupe any further off the land. Thus, northern Chile came under Inca rule, while parts of the central valley and southern Chile remained under Machupe control.

Less than a half a century later, the Spanish arrived and established Santiago (capital). Establishing defensive strongholds throughout the region, the Spanish were able to secure authority over Chile. However, Machupe to the south remained autonomous. Although Chile declared independence in 1810, victory over the Spanish was not accomplished until 1818.

Since its independence, Chile has grown to become one of South America’s most stable and prosperous nations. Leading Latin American countries in competitiveness, economic freedom and human development, Chile has experience sustained growth over the last few decades.

The Atacama Desert is a plateau in Chile and a main attraction for tourists. Notably popular among all-terrain sports enthusiasts, Atacama’s sand dunes are ideal for rally races and sand boarding. In addition, because of its high altitude and escape from city lights, Atacama is a superb destination for star-gazers to conduct astronomical observations. In fact, it is best in the world, as it is home to two major observatories: La Silla Observatory and The Paranel Observatory.

Easter Island,  is one of the most isolated islands on Earth. Officially a territory of Chile, it lies far off in the Pacific Ocean, roughly halfway to Tahiti. It is most famous for its enigmatic giant stone statues, built centuries ago, which reflect the history of the dramatic rise and fall of the most isolated polynesian culture. Due its extreme isolation, many people assume that Easter Island is reserved for the ‘elite’. However, the main industry on the island is tourism, and a very popular scuba diving and snorkeling haven.

Patagonia is a regio

n located at the southern end of South America, and shared by Argentina and Chile. The region’s landscape is extremely diverse, and includes the Andes mountains to the south, grassland steppes to the east, and two coasts; one faces the Pacific Ocean, while the other faces the Atlantic. Originally a remote backpacking destination, the region continues to attract all types of travelers. Offering dramatic landscape changes, voyagers are blown away by the dazzling explosions of islands, glaciers, and mountains.

Atacama is  home to San Pedro, a stunning town and the cradle of the Atacameña culture. The natural beauty of this destination is a hitchhikers paradise. Visitors can take an archaeological expedition through the narrow alleys of San Pedro and admire Incan architecture. Other points of interest include, the Gustavo Le Paige Archaeological Museum, world-famous for its interesting mummies and pre-Columbian pottery samples, Pukara of Quitor, a 12th-century fortress, and Tulor, a 12,000 year old village that was once buried by the desert. 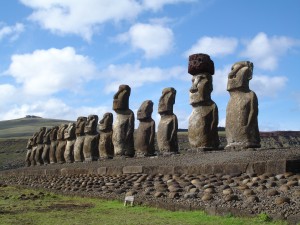 Among the other wondrous sites in this remarkable region is the Torres del Paine, a spectacular mountain, which features the Park of the same name. Torres del Paine is considered to be the finest nature travel destination in all of South America.

Travelers who enjoy mystical phenomena, will surely inherit goosebumps from their visit to Ahu Akivi, the archeological center of the Roihi sector. Here, visitors can experience the seven legendary moai, or statues. From this ceremonial area, visitors can mosey on over to the small crater site to the east, Puna Pau. This location is where “pukao,” or hats which crowned the legendary statues were carved.

From the historical buff, to the spontaneous nature lover, Chile is an engaging experience for all travelers.

Provided free to the travel agent community by:

Share your thoughts on “Uncover Chile with Marnella Tours”