XL Airways France: Your Portal to Paris and Marseille | TravelResearchOnline

XL Airways France: Your Portal to Paris and Marseille

Posted on September 18th, 2014 by Adrian Collins in Departures

XL Airways has been flying non-stop from the US to France for six years on a scheduled basis. Their schedule to France includes up to 14 weekly flights to Paris CDG from JFK (New York), SFO (San Francisco), MIA (Miami), and LAS (Las Vegas), including 2 flights from JFK to Marseilles MRS. Moreover, XL Airways offers the lowest fares to Paris from these 4 US gateways.

In addition, their modern fleet includes state-of-the-art aircrafts such as the Airbus A330-200, Airbus A330-300, and Boeing 737-800. These aircrafts, feature wide body comfort and fly to multiple destinations around the world including North and Latin America, the Caribbean, the Indian Ocean and the Mediterranean. 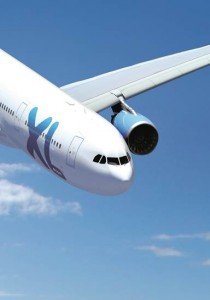 XL Airways’ low fares and state-of-the-art airbuses cater to travelers seeking an affordable and comfortable experience. Let them be your gateway to the city of love!

Share your thoughts on “XL Airways France: Your Portal to Paris and Marseille”