Posted on October 2nd, 2014 by Adrian Collins in Departures 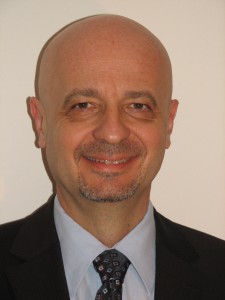 Born and raised on the French island of Corsica, Luc Bereni always had a thing for the world of transportation. Wandering around ports and airports as a child, he grew fascinated by an industry that represented no less than a bridge to the outside world.
Later, when he moved to the mainland, he turned this passion into a career by joining Air Inter, France’s second largest airline at the time.

In the 27 years that followed, Luc has seen it all: Medium-haul, long-haul, scheduled and charter airlines. An entire life devoted to an ever-changing, highly addictive business, Luc joined French long-haul leisure carrier Xl Airways France in 2007 as Senior VP Sales, Flight Schedule and Marketing. Mr. Bereni  is directly involved in the airline’s expansion plans – playing an essential role in the opening of the Paris-New York route in 2009, later followed by Paris-Las Vegas, Paris-San Francisco and Miami.

Travel Research Online: You were born on the island of Corisca – a country with heavy French and Mediterranean influences. How did this impact your outlook on traveling?

Luc Bereni: Growing up on an island, I felt an urge to see the world, to discover what there was beyond the sea, to see where the people my family came to greet at the port came from. Over the years, as my career started, I felt the same urge to see where the planes I saw everyday were going. The urge turned into an addiction, a need. I started a logbook of all the flights I was taking, enjoying the flight almost as much – if not more – than my time at a destination. Today, I still write down every detail in this logbook. The emotion remains intact whenever the aircraft gains speed on the runway before taking-off. I’m instantly back in 1974, the year of my first flight onboard a Caravelle

TRO: How has your background, personal and professional, influenced how you conduct business?

LB: Corsicans are known for being men of their word, men of honor and men of temper. This defines me quite accurately and I do my best to live up to the first two.  As far as my professional background is concerned, the fact that I have worked in airlines of all shapes and sizes has taught me that men are more important than means, and that employees need to be inspired. They need to feel like they are part of something bigger and that they matter. In that sense, I try to remain connected to the people who work for me. I don’t have an office; I work among them, in an open space where they can come to me anytime they need.

TRO: You have been in the travel industry for about 30 years. What is the most important thing you have learned from an industry that is constantly evolving?

LB: Adapt or die. It’s never business as usual in an airline and nothing should ever be taken for granted. It’s a tough game we are playing but that’s part of what makes it interesting and exciting.

TRO: What is your favorite part of your job?

LB: Establishing new partnerships and seeing them turn into new routes for our passengers. There is nothing like the thrill of an inaugural flight, where business partners, employees and passengers come together in a celebrations of months – if not years – of hard work.

TRO: Every year, XL Airways strengthens its operations to and from the US by adding new flights and routes. What can be expected this upcoming year?

LB: We do not hide our intentions to introduce service to Los Angeles. It seems only logical to add LAX to our route map as it is the last missing piece of our network on the West Coast. The one thing that kept us from opening this route this year was aircraft availability. We’re expanding faster than our fleet does. But we’re confident one our A330 will make its way to LAX very soon.

Aside from this, we’ll be adding more flights to our most popular US gateways: JFK, SFO

TRO: In a previous interview, you mentioned XL Airways was flying to and from Florida for the first time. What has been the outcome? Any challenges?

LB: To be honest, we were surprised by how successful this route was on its first year of operation. Sales started relatively late and yet we exceeded a 90% load factor. While we mostly advertised this route in France, 30% of our passengers turned out to be Americans who had booked their flights through travel agencies or OTAs. In that sense, Miami can be considered as a true success story, not only for us, but also for our passengers, who saw fares go down over one of the busiest periods of the year

TRO: It has been announced that XL Airways will be adding more flights to the Dominican Republic. What was the driving force to increase flights to a destination over-saturated with travelers? Why should travelers get excited?

LB: We have been adding more flights to the Dominican Republic every year for the past decade (XL Airways is Europe’s #1 carrier to this destination) and yest demand remains high – so much that other carriers have followed our tracks. Travelers should be excited because when it comes to flights, one rule always works; the more the cheaper. We are expanding our offer not only from Paris CDG, but also from France’s main airports in Marseille, Toulouse, Bordeaux, Lyon and Nantes, making this destination accessible to a wider audience. As far as the over-saturation of travelers is concerned, the Dominican Republic has been massively investing in infrastructures, therefore increasing its capacities. This destination is rapidly changing and I suggest to those who went there five years ago to go again. they’ll be amazed of how much Punta Cana has changed, and how efficiently the flow of visitors is now handled.

TRO: Recently, XL Airways was listed as a carrier for on the “Top 10 Busiest International Air Routes”- New York to Paris.  How does it feel and what has allowed XL Airways to earn such distinction?

LB: I see it as proof that we were right to take this bet in 2009. At the time, many travel professionals were dubitative. Some even called us crazy to enter a market that was completely saturated. Air France had seven daily flights.  Connecting possibilities were (and still are) endless, and yet we were certain that there was room for us. Fast forward to today. New York is our number 1 long-haul route and has been followed by many others. How did we succeed? We adapted. We saw that demand was high, but there was a portion of the population who simply could not afford to fly. We also saw that among those who were flying, many were willing to give up on non-essential services to save money. We created a product that matches this demand and it was a success. Wee adapted to the market instead of waiting for the market to adapt itself.

And we keep on adapting our offer today, with the introduction of direct flights over the holiday season. Fares usually go through the roof at this time of the year and felt that additional capacity would be more than welcomed. We’ll see in January if we are right.

TRO: Lastly, your best piece of advice to travel professionals?

LB: To keep in mind that no matter what we do, no matter what we say, customers ( and in our case passengers) are the judge. We can try to convince them, to attract them, to seduce them with artistic ads and to respond to what we consider as their needs/wants. In the end, they have control over everything.