Posted on October 7th, 2014 by Adrian Collins in Outposts

Imagine waking up in an earthquake-rocked nation. Most buildings have been reduced to rubble, thousands of people have been displaced from their homes and now reside in the tent-filled Champs-de-Mars park. Admittedly, these elements do not describe the ideal vacation destination. However, do not let these facts influence your perspective – after all, the locals do not seem to mind. No, instead of grieving, the locals are smiling, carefree – happy. 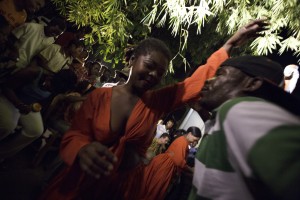 How can the people of a  nation, which has experienced such anguish continue to live their lives in seemingly inconceivable bliss? How can an individual with so little act as if the world is snugged away in their pocket? Their eyes do not display defeat – no; instead they reveal the passion and strength of a vibrant and indomitable nation.  This is the land of bold flavors, intoxicating music, mischievous gods, colorful art; where the only thing stronger than the rum is the spirit of the people. This is Haiti.

Nicknamed “La Perle des Antilles (Pearl of the Antilles),” Haiti wasdiscovered by Christopher Columbus in 1943. Nearly 400 years later, the country gained its independence (1804), becoming the first independent nation of Latin America and the Caribbean. Its abundance of sugar was a lucrative crop throughout the 18th-century, and contributed to much of Haiti’s early wealth.

As a gateway to the Caribbean, Haiti was a focal point for ships voyaging across the Atlantic, and at one point a safe haven for pirates during the colonial period. The country is home to the second longest coastline in the Greater Antilles (after Cuba), and its terrain consists mainly of rugged mountains and small coastal plains and river valleys. Haiti’s rich culture -mixture of French, African, Taino and colonial Spanish influence – and history, offers travelers  a truly life changing experience.

Travelers a will be inspired by the sight of the Santa Maria wreck, at Cap-Hatien on the North coast. This site is where Christopher Columbus’ largest ship ran aground in the 15th-century. Tourist will be equally moved by the many Spanish-style buildings such as Sans Souci Palace in the Village of Milot, which also serves as a gateway to the Citadelle Laferrier – a fortress built in the mountains by Henri Christophe. The hike up to the UNESCO-protected Citadelle will give travelers a sense of exhilaration as they behold the colonial structure, which ventilates a 16th-century French aristocrat aura. 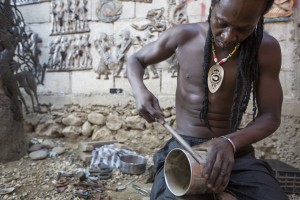 Wondering what it’s like in the life of a local? Enjoy a day out in the bustling capital of Port-au-Prince. This vibrant city is home to almost 1 million people and the Iron Market, where visitors can indulge in the rich culture of Haiti. Vendors attract tourists with colorful art, metal treasures, voodoo dolls, cheerful music and mouth watering cuisine. Port-au-Prince is also central to the Museum of Haitian Art, The Statue of the Unknown Slave and Gingerbread houses. The anchor of Christopher Columbus’ largest ship, the Santa Maria, is also conveniently located in Port-au-Prince at the Musee du Pantheon National Haitian. 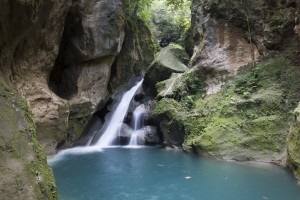 Travelers looking for more excitement, should look no further than Jacmel on the South coast. Jacmel is an elegant town of Victorian plastered palaces, and home to artists from all over Europe, America, and the Caribbean. If you are lucky enough to visit during the carnival season (Feb-March), you will be delighted by dancers parading down the streets in vivid papier mache costumes.  Outside of the immediate town center, are a plethora of must-see attractions: hike through Parc Macaya (Haiti’s national park), which features spectacular mountain scenery; toast to oneself in Haiti’s preferred summer resort in Kenscoff; or soak in a series of three pools, joined by the waterfalls in Bassin-Bleu. 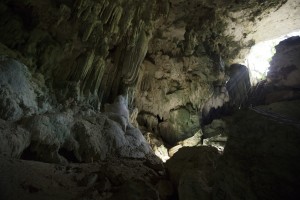 For travelers who would rather feel the rush one seizes from earthly liveliness, Haiti has you covered. Travels can take a trip to Marie-Jeanne mountain and descend into the secret caves of  Grotte Marie-Jeanne. The guided tour takes thrill seekers into the pits of massive caverns, which expose a mystifying underground landscape. Trailblazers will be left in awe upon laying eyes on historical artifacts such as, cave-carved symbols and pictographs, pottery shreds, and ammonites dating back to early Taino civilization

If the idea of cascading into the abyss gives you the sensation of claustrophobia, the stunning beaches of Haiti will ease your conscious. Kyona and Ibo beaches are pristine beaches ideal for activities such as swimming, snorkeling, sailing, and waterskiing. In addition, the turquoise waters are in abundance of marine life that make it the optimal location for spear fishing and deep sea fishing. Or, if you are feeling competitive hop into a dugout canoe and take part in a “boomba,” race.

Although Haiti is a place where tourists typically do not go, for those with an open mind Haiti reveals a rich culture and and unforgettable vacation experience.

Share your thoughts on “Unearth Haiti with G Adventures”