Silversea Entertainment: A New Production Rolls Out On Silver Wind

Posted on November 6th, 2014 by Ralph Grizzle in Deck Plans

It’s always fun to discover something new on Silversea Cruises. I was there, for example, when Silver Spirit was launched in 2009 with its innovative restaurants and dining venues. The Grill, which I wrote about recently, still ranks as one of my favorites.

Last night, we watched as Silversea rolled out new entertainment on Silver Wind. It was a great show, and it’s soon to go fleetwide. The new production shows feature live singing complemented with musical tracks recorded exclusively for Silversea by such renowned artists as London’s Royal Philharmonic Orchestra. 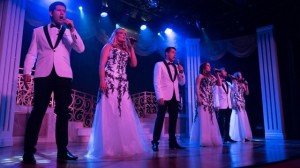 Seven different shows, featuring rich costuming, imaginative set designs, and special visual effects, will spotlight the talents of an international ensemble of accomplished vocalists, known collectively as the Voices of Silversea. Following is a snapshot of the three principal productions that will be performed in the main Show Lounge fleetwide:

Musica Maestro: A grand ballroom is the elegant backdrop for this signature show, a 45-minute tribute to popular operatic arias and classical crossover music. Led by renowned conductor Richard Balcombe, its captivating musical score has been arranged, performed, and recorded by London’s Royal Philharmonic Orchestra exclusively for Silversea guests. 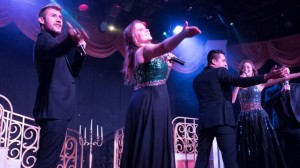 Mind the Gap: Mod fashions and the iconic imagery of a London tube station propel this lively journey back to the 1960s and the British Invasion that conquered the airwaves with such legendary pop and rock stars as the Beatles, the Rolling Stones, Lulu, Tom Jones, and more.

Don’t Stop the Music: Guests are welcome to don their best retro dancing shoes to join in this foot-tapping, sing-along homage to the disco era’s pulsating rhythms and colorful funky fashions — and then take to the dance floor when the ship’s DJ steps in to keep the party rolling.

Four additional shows will be rotated among the ships to provide guests with a total of four full-scale musical productions on each sailing.

The additional shows include Caliente, a Latin-flavored production encompassing tunes from Spain and South America; Shaken Not Stirred, celebrating the intrigue, glamour, and sophistication embodied in 50 years of James Bond films; Première, a chronological musical tribute to some of the world’s greatest movies; and Amore, featuring timeless love songs.

While we were able to see Musica Maestro, guests sailing aboard Silver Cloud next week will be treated to similar a sneak-preview selection of some of the new shows, all of which have been produced for Silversea by London-based Luna Rossa Productions.

The entire entertainment program will then roll out fleetwide on the following voyages: 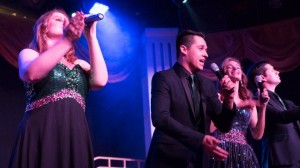 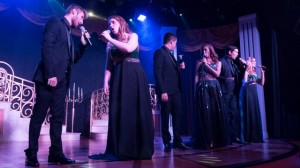 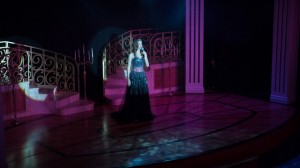 Share your thoughts on “Silversea Entertainment: A New Production Rolls Out On Silver Wind”