Posted on December 16th, 2014 by Sydney Smith in Outposts

Back-Roads Touring’s small group tours take you into the heart of regional Italy, allowing you to explore areas beyond the well-worn tourist trail. Imagine learning how to cook the perfect pasta with a chef deep in the heart of Tuscany, relaxing in the tranquillity and serenity of Lake Orta, the Italian Lakes’ hidden gem, exploring Pompeii and Paestum with local guides who bring these incredible archaeological sites to life, learning about the origins and transformations of the Mafia in Sicily and dining in traditional restaurants from the Osterie d’Italia Slow Food Guide in lesser known Puglia.

The regions of Italy offer a variety of indulgences, each with their own taste of Italian flare. Escape the hustle and bustle of city life and take your sights to the countryside. The areas that make up the outskirts of Italy’s major cities are thriving with adventure and many opportunities to learn and explore.

As you embark on your journey through northern Italy, you’ll enter into the dazzling Lakes region, where you’ll travel to Lake Orta, Lake Garda, and Lake Maggiore. Enveloped by thick, dark-green woodlands paired with a captivating medieval village of Orta San Giulio, Lake Orta (aka Lake Cusio) is a blend of tranquility and mystery. Kept secret by many of the locals, Lake Orta’s perfectly preserved treasures make it a hot spot for tourists. The second largest lake in Italy and just south of the Alps, Lake Maggiore is situated between Lake Orta and Lake Lugano. The lake is well-known for having luscious gardens scattered with rare and exotic plants, including the Borromean and Brissago Islands, the Villa Taranto in Verbania, and the Alpinia botanical garden above Stresa. Lake Garda is also another great spot, housing its colossal Roman Amphitheatre and Juliet’s Balcony. http://backroadstouring.com/tour-brsita/italian-indulgence-italy-2015 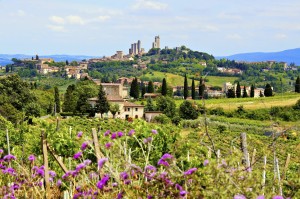 Tuscany and The Cinque Terre

Cascading through the rugged hills and fertile valleys of Tuscany, you’ll find a region thriving in cuisine and historical treasures. Located along Italy’s west coast on the Tyrrhenian Sea, the area of Tuscany and its cities are some of the most sought-out tourist destinations in the world. Walk the rugged coastline on the Italian Riviera in Cinque Terre or explore the many museums throughout Florence to admire Renaissance art. Discover the local art of wine-making in Chianti or test your cooking skills in a class taught by an Italian chef. While making your way through the region, travel to Pisa to see the extraordinary 12th century Leaning Tower and the impressive Baptistery of St. John. Tuscany offers something for every type of traveler, whether you’re about leisure or learning.http://backroadstouring.com/tour-brstt/tuscan-treats-and-the-cinque-terre-2015#

As you make your way down the coast into the region of Southern Italy, you’ll find an area decorated with history and remnants of centuries past. The city of Naples has one of the biggest historical city centres in the world, housing 448 historical structures and monumental churches, the highest number in the world for a single city. One of these landmarks being the 18th century Royal Palace of Caserta, one of the last great pieces of architecture of the Italian Baroque. Head further south to walk through the extensive ruins of Pompeii, the Roman city destroyed by Mount Vesuvius in 79 AD, or explore the well-preserved Greek temples of Paestum staggered along the mountainside. Take a ferry to the island of Capri, which offers a wide choice of exclusive shopping, cafes and restaurants. http://backroadstouring.com/tour-brsram/enchanting-southern-italy-naples-to-the-amalfi-coast 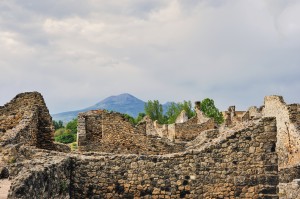 A region rich in cultural diversity, the island of Sicily encompasses a history of foreign domination, from the Greeks to the Romans, Arabs, Normans, Aragonese. It is the mix of cultures which makes this area so unique, with each domination leaving behind something to see, to taste, and to hear. A “must-see” is one of the greatest legacies of ancient Greece, the Valley of the Temples in Agrigento, consisting of eight temples built between 510 BC and 430 BC. This impressive structure is included as a UNESCO World Heritage site and is one of the main attractions of Sicily, as well as a national monument of Italy. Next, wonder to the island of Ortiga and uncover pieces of the past; you’ll see the Arethusa’s Spring, the Piazza del Duomo, and the 6th century BC Temple of Apollo, all of which offer a unique glimpse into former world-renowned empires. When you’re not exploring, the town of Taormina offers many opportunities to relax, as its beauty is very much reminiscent of Capri and the Amalfi Coast. http://backroadstouring.com/tour-brssic/the-splendours-of-sicily# 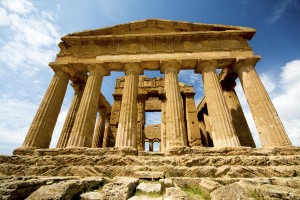 The Valley of Temples, Sicily

Situated by a long coast that alternates between glittering limestone precipices and long sandy beaches, the largely flat farming region of  Puglia is comprised of luscious landscapes, silver olive groves, picturesque seascapes, and memorable coastal and hilltop towns. The cuisine is the staple of this region, giving visitors the chance to taste local delicacies at every turn. When you’re not indulging on the cheeses produced at the Masseria Ferri, you’ll sample the wines from the Azienda Castel di Salve winery, which focuses on growing indigenous grapes such as Negroamaro, Primitivo, Malvasia Nera di Lecce and Aleatico. The nature-made structures are not to be forgotten, either. Consisting of amazing stalactites, stalagmites, huge caverns and hidden pools, the Castellana caves are spectacular sites that can only fully be appreciated in person. In the city of Matera, known as the ‘City of Stones’, you’ll find an intact example of a troglodyte settlement in the Mediterranean region. The oldest sassi (ancient homes carved right into the rock) are about 7,000 years old, and serve as amazing testaments to the brilliant architectural minds of the time. http://backroadstouring.com/tour-brspug/slow-food-tour-of-puglia/tour-itinerary#

While the major cities, such as Rome, Venice, and Milan, are all wonderful examples of Italian culture blended with an abundance of history, it is the regions found on the outskirts of those cities that truly capture the beauty of Italy. Book a trip to explore any of these Italian destinations with Back Roads Touring, today!

Share your thoughts on “Explore Italy with Back-Roads Touring”