Posted on January 27th, 2015 by Sydney Smith in Outposts

A dreamland full of fairy tale-like castles, charming villages, picturesque landscapes, literary legends, and historical landmarks, it’s no wonder why Ireland is one of the most sought out tourist destinations in the world. Immerse yourself in Irish culture as you embark on an adventure through Ireland with Journeys Connect.

Ireland is an island in the North Atlantic, politically divided as the Republic of Ireland, which accounts for five-sixths of the country, and Northern Ireland, which is occupied by the United Kingdom. The capital of Ireland is Dublin, a cosmopolitan city brimming with a contemporary air of newness, with plenty of bars and attractions to keep tourists entertained. Thick woodlands and rolling hills cover the region, reflecting a natural beauty that is seemingly unmatched by any other destination. Castles and ancient villages are abundant around the island and provide a wonderful glimpse inside Irish history. Irish culture has had a significant influence on other cultures, particularly in the fields of literature and represented by the many works of James Joyce, Oscar Wilde, Bram Stoker and many more. There is also a strong indigenous presence, as expressed through Gaelic and Irish games, and the Irish language. Ireland also shares some of the same cultural features as Great Britain, including the English language and sports, such as association football, rugby, horse racing and golf. 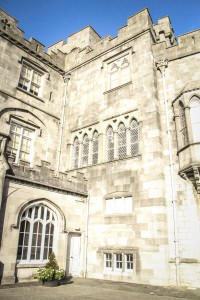 The history of Ireland paints a colorful picture of rifts between religions, monarchy control, and the desire for independence, yet has left behind beautiful historical landmarks to be admired far and wide. Retrace Ireland’s heritage as you explore the many landmarks that dot this region, from the near vertical stone stairs of Skellig Michael to the megalithic cemetery of Carrowmore and Knocknarea in County Sligo. Explore the prison cells at Kilmainham Gaol that once held the men and women who resisted English rule and helped to forge Ireland as an independent nation. You can even trace your Irish roots at the County Sligo Heritage and Genealogy Society. There are countless museums, galleries, and statues scattered throughout the country that each tell a small part of Ireland’s journey to becoming a prominent nation.

While travelling throughout the lush green countryside, make a stop at one of the many Irish castles sprinkled across the land. Journeys Connect offers group tours an amazing opportunity to explore the famous Kilkenny Castle, built in the 13th century and home to the powerful Butler family for almost 600 years, as well as a chance to travel to Blarney Castle, where you can kiss the magical Blarney Stone. Channel your inner-Disney princess as you walk through the various castles that adorn this land, including Bunratty Castle, Ashford Castle and Doe Castle.

A trip to Ireland is not complete without a drive through the beautiful Iveragh Peninsula, commonly known as The Ring of Kerry. It is, without a doubt, one of the most remarkable sights in all of Ireland, where mountains, valleys, lakes and sea blend into a landscape that is often breathtaking beyond words. A number of stops along the winding road will allow you to take in the dazzling scenery, walk around the colorful village of Sneem ,and pause at Moll’s Gap for amazing views of the Lakes of Killarney. Ireland’s magical lands hold many treasures to be seen and explored. 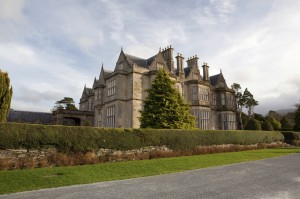 Whether you’re a nature lover, adventure seeker, or laid back tourist, Ireland has something to do for every type of traveler. Known for its impeccable links courses along the coast, the Irish do not mess around when it comes to their golf. The world’s top golfers travel from around the world to compete on this soil, and this summer will be traveling to the Royal County Down Golf Club for the 2015 Irish open (part of the European Tour). Try your hand at a few rounds of golf during your stay, or check out a Gaelic Football or Hurling match. As the national sports of Ireland, no trip to this country is complete without witnessing a match for yourself.

If you’re wanting to do a little exploring, travel to Killarney National Park. Walk the trails around the Lakes of Killarney backed by Macgillycuddy’s Reeks, the country’s highest mountain range, stopping for tea at Dinis Cottage near the Meeting of the Waters, or tour the Victorian Muckross House and Gardens and ride a horse from the Killarney Riding Stables. You can also hike to Torc Waterfall, wonder around ruined Muckross Abbey, or take in sights of the lake from Ladies View. There are an abundant of opportunities to take in the natural surroundings of Ireland.

One part of Irish culture that you cannot afford to miss out on is the pub scene. The pub is at the heart of Ireland’s social life, and joining the locals for a drink or three is a must for any visitor to the country. Between drinking a cold pint, sampling decent grub, and listening to the traditional music, a stop at a local Irish pub is nothing short than a must. Try out Stag’s head in Dublin, Tynan’s Bridge Housse in Kilkenny, or Sin É in Cork City.

Share your thoughts on “Discover Ireland with Journeys Connect”