Bask On The Island Of Kos With Celestyal Cruises | TravelResearchOnline

Bask On The Island Of Kos With Celestyal Cruises

Posted on March 24th, 2015 by Elizabeth Cody in Outposts

The Island of Kos
The third-largest island in the Dodecanese, after Rhodes, the green isle of Kos is the birthplace of Hippocrates, the Father of Medicine. Inhabited since prehistory and called the “Island of Hippocrates,” Ios has been renowned for its rich soil since antiquity.  Its people are part of an agrarian culture that dates back to the 4th century B.C. Today much of the island’s population works in its burgeoning tourism industry, which is supported by an excellent infrastructure that features some of the Aegean’s most extensive hiking and bicycle paths.

Lively Kos Town, the main harbor and largest city on the island, is host to a number of remarkable monuments and sights, particularly the Castle of the Knights, completed in the 16th century during the occupation of Kos by the Knights of St. John of Jerusalem, who conquered the island in 1314. Named for the grove of lemon trees in its courtyard, the “Bitter Lemon Castle,” in tandem with the Knights Hospitaller position nearby Bodrum on the coast of Turkey, enabled the Knights to dominate the seaway to the Holy Land throughout the later Crusades – its drawbridge connects it to the city. The Muslim Mosque of Loggia, which was built by Gazi Pasha in 1786, is famed for its wide antechamber and its rich interior décor. The nearby Archeological Museum features four rooms of Hellenistic and Roman statuary, including a Hellenistic statue of Hippocrates, and a mosaic of the Father of Medicine welcoming Asklepios to Kos. Don’t miss the Plane Tree of Hippocrates in Kos Town, situated near the Knights’ Castle on the harbor. It is said that Hippocrates lectured some of the world’s first medical students in its shade. Two of the island’s most scenic and important villages, Pyli and Zia, are both a short drive inland from Kos Town. 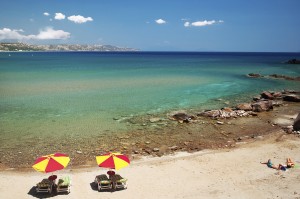 Kos is a true “treasure island.” Enjoy an afternoon at wonderful Bravo Beach, a visit to Zia and its wooded environs, or a cruise to Nisyros, a tiny volcanic island off the coast. We also invite you to just stroll through Kos Town and enjoy its monuments, its museums and, of course, its cafes.

The Asklepion – An Ancient Health and Healing Center
Just outside Kos Town lies the Asklepion, the island’s most famous archeological site, a health and healing center and a temple to Asklepios, son of Apollo and the god of healing. Built in the 4th century B.C., the Asklepion comprises an Ionian-style temple to Asclepius and a grand Doric temple that was completed during the 2nd century B.C. Many of the healing methods we still use today were developed and practiced here in antiquity.

The Ancient Capital of Pyli
Pyli, the island’s ancient capital, is known for its stone houses and traditional cafes, and for its proximity to the abandoned medieval village of Pyli, 300 meters above sea level, which dates to the Macedonian dynasties of the 11th century A.D. Built on a steep hill, “Old Pyli” was the perfect location for the Crusader fortress whose ruins are now the only remaining occupants of Byzantine Pyli.  The views of the island of Kalymnos and the Bodrum Peninsula from here are stunning and well-worth the climb. The Monastery of the Virgin of Kastrianon, founded in the name of the Virgin by St. Christodoulos in 1080, is nearby.

The Lovely, Traditional, Arts-and-Crafts Village of Zia
Built upon the slope of Mt. Dikeos, within a cedar forest, the lovely village of Zia welcomes you with a spectacular panoramic view of Kos, natural springs, hiking paths and traditional cafes and tavernas. Zia is fast becoming popular with local artists and craftspeople.  Here you’ll find unique, handmade art and crafts on sale throughout the village. This is also a great place to try the diverse local herbs grown near Zia and used in Greek gastronomy, and thyme honey! While strolling about the village, make sure to visit its picturesque cathedral.

This this excursion commences just outside Kos Town at the Asklepion, the island’s most famous archeological site, a health and healing center and a temple to Asklepios, son of Apollo and the god of healing. Built in the 4th century BC, the Asklepion comprises an Ionian-style temple to Asclepius and a grand Doric temple, which was completed during the 2nd century BC.

The tour departs from the Asklepion for the cedar forest of Mt. Dikeos and the lovely village of Zia, which welcomes travelers with a spectacular panoramic view of Kos, natural springs, hiking paths and traditional cafes and tavernas. 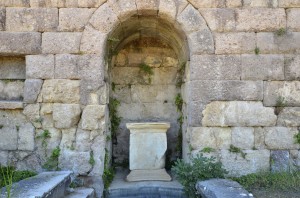 The final stop will be the Plane Tree of Hippocrates, near the Knights’ Castle, on the harbor.  It is said that Hippocrates lectured some of the world’s first medical students in its shade. Travelers then walk through Kos Town to the delightful main square, where they have free time to enjoy a coffee and some shopping until our return to the ship.

Travelers board a “caico” boat in Kos Harbor and set sail for the island of Pserimos, a trip of about 45 minutes on beautiful blue seas.  Dock close to Vathy Beach, vactioners will have time to bathe in the warm, clear waters. Next, they sail to Vasiliki Beach for more swimming, followed by arrival at Pserimos Central Beach, one of the true gems of the island’s coastline – the deep blue of its waters ae simply breath-taking. While guests enjoy their third splendid swim of the day, the excursions team will be busy preparing a mouthwatering buffet lunch, served on the beach. After lunch, and a bit of time to digest, travelers board the caico for a relaxing return cruise to Kos harbor.

A Taste of Tradition in Zia
Approximate Duration: 4 hours 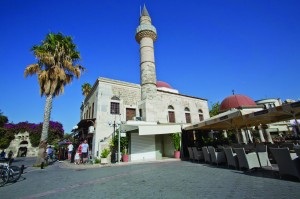 Celestyal Cruises’ “Taste of Tradition in Zia” tour is an excellent way to get to know the traditional side of Kos. Cruisers leave the harbor via air conditioned bus for their first stop, a family-run winery built on some of the island’s most fertile land at the foot of Mt. Dikeos.  Guests have a chance to learn about wine-making and to sample some of the winery’s outstanding wines, which are made from some of the finest local and international varieties of green and red grapes. The next stop is the village of Kefalos, the most south-western village on Kos. At Kefalos travelers visit a family of beekeepers and learn how Greek honey is produced. Vacationers also have a chance to taste thyme honey, traditional “loukoumades” (mini honey donuts) and raki flavored with honey.

Departing Kefalos, guests to travel into the cedar forest of Mt. Dikeos, where the lovely village of Zia welcomes them with a spectacular panoramic view of Kos.

Are you ready to relax and indulge in the beaches on the Aegean Sea? Itching to explore the ruins of one of the greatest civilizations in history? Then let Celestyal Cruises get you there in comfort and style! Visit them online at www.celestyalcruises.com/.