Is traditional marketing for travel dead?

Posted on March 23rd, 2015 by John Frenaye in Editorial Musings

There used to be a time in the travel industry where you put an ad in a newspaper and you got business. For years when I had a storefront agency, I had a weekly ad in a local paper—it was a black square with a destination written in white letters with our phone number. It was simple, consistent, and worked. When the Internet came about, it we changed it up and added our URL. And it worked. But today…not so much. 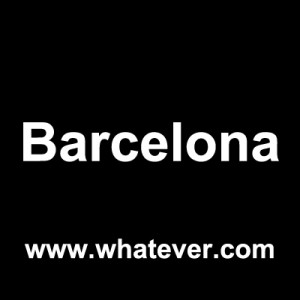 It has become so much more difficult to market to today’s consumer and I will blame the Internet. In the pre-Internet days, we relied primarily on print, radio, television, outdoor and direct mail for the information we needed to make a buying decision. Today, we still have those, but we also have a million websites, Yelp, TripAdvisor, travel suppliers, MLM scams, and more all hitting the consumer at different points in the day. My ad used to hit them on Friday evenings when the paper was delivered. Today, they are being hit on their phones, tablets, in addition to the more traditional means. And the messages have confused the consumer. My $750 long weekend includes taxes and fees—it’s an “all-in” price. However, I have lost sales to the property because their pricing was “cheaper.” They advertised a $650 trip, but then added in a single supplement of $100, 8.8% sales tax, and a 15% “resort fee” for a total of $938.40. The client understands now, but was adamant at the time that I was being “greedy” and just “ripping him off.”

We have used Google’s AdWords, Facebook ads, boosted posts, promoted tweets, and the more traditional platforms and for me, none have given the results I would like. Just like in the sales process, if you give the client too many choices, chances are that they will avoid making any decision. The solution? I am not sure.

What I have been doing is ramping up my client referral marketing—a good recommendation is still the most powerful tool. But in terms of the other platforms, I have been advertising more in hopes of regaining the market share.

Now don’t get me wrong, my business is still increasing, but I attribute the increase to referral and direct email marketing. What used to be a relatively simple aspect of the business has become a complex game of cat and mouse. It may be time for some experimenting to see if I can truly identify the sources that are resonating with clients as they are bombarded with messages and options.

I am also involved with a few non-profits in my community and we are seeing a similar trend there as well. What used to work splendidly is no longer the panacea that it once was. Donations are down and while there has not been an increase in traditional competition, it seems that there are more avenues for consumers to spend their money that used to be earmarked for charity. GoFundMe is a new non-traditional competitor that is raising funds for bands to make CDs, people to pay for childrens’ educations, funeral expenses for a tragedy, and more.

Are you seeing a similar trend in your business? How are you handling it?

Share your thoughts on “Is traditional marketing for travel dead?”