Posted on March 6th, 2015 by Ralph Grizzle in Deck Plans

The majority of cruise passengers who embark or disembark in Copenhagen (København) are unaware of the city of Malmö located a few miles across the Øresund, which has for the past decade been connected by a combination bridge-tunnel. If are spending some time in Copenhagen either before or after a Baltic Sea or Norwegian fjord cruise, it is worth a few hours of your time visit Malmö.

It is easy to reach Malmö from the main Copenhagen railway station, or from the Østerport Station just north of the city center. The sleek Øresundtåg operates on a schedule of approximately every 20 minutes and the journey takes 30 minutes, crossing on the spectacular Øresund bridge after first crossing the part of the strait via a tunnel just past the Copenhagen airport.

The city has a very rich history, relating it both to Denmark and Sweden.

Today Malmö is a thriving manufacturing center, but its city center is still filled with many landmark buildings and squares that date back to its early history. 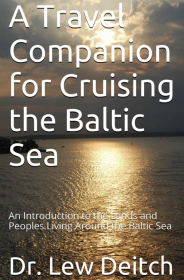 If you are staying over in Copenhagen either before or after your cruise, you might check out the major hotels in Malmö, as they offer four-star luxury at prices that are on average 40 percent those of Copenhagen. One of the best known is Marriott’s Renaissance. With the Øresundtåg, you can ride into central Copenhagen and still be able to explore all of that great city’s major venues, especially Tivoli Gardens in the evening.

By staying in Malmö you have the advantage of lower cost, comfort, good restaurants and a quieter atmosphere. And the distance from the Copenhagen Airport is no greater than from the city center of Copenhagen. But you are farther from Langeline where the cruise ships dock, but still easily accessible by taxi.