Posted on March 13th, 2015 by Ralph Grizzle in Deck Plans

Marseille a gateway port to a lot of wonderful experiences, the UNESCO World Heritage site of Avignon, the world-class wines of Chateaunuef du Pape and the charm of Aix-en-Provence. There’s a lot more but there is also Marseille itself, and that’s where our photo-a-day series begins. 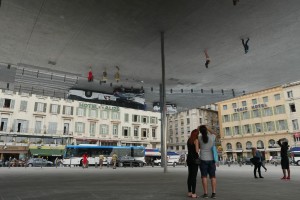 Marseille is France’s second largest city and the country’s oldest city. It has a history that dates back to ancient Greek times, and today Marseille is home to mix of cultures that make the city a cosmopolitan melting pot. Stroll along the shop-lined streets in search of designer fashion or relax at one of the many open-air cafes in the Old Port. The best way to enjoy Marseille is simply to allow yourself to absorb its Mediterranean character.

During the next couple of weeks, I will be posting a photo a day depicting ways for cruisers to explore Marseille, as well as Avignon, Chateauneuf du Pape and Aix-en-Provence, all accessible for cruise passengers calling on the port of Marseille. 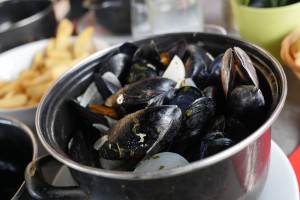 The Old Port of Marseille is a busy and bustling place, and it has been for quite some time. Over the centuries, tens of thousands of merchant ships came here, and the Old Port became an important center of commerce for Marseille and, in fact, all of France. Today, the Old Port is primarily a tourist destination. It’s great for taking a seat at a street cafe or going shopping.

The Old Port was guarded by two forts that protected the main harbor. Today the harbor attracts thousands of yachts. The Old Port is the perfect place for a stroll along the wide promenade or to have a bite to eat in any of the cafes that line the waterfront. I recommend a pot of mussels with French fries (look for moules frites) and, of course, a glass of rosé wine.

The Old Port has been a hub of trade activity since the ancient Greeks first landed here in 600 BC. It’s hard to believe that the Old Port was badly bombed in World War II. Today’s it’s a jewel in the crown of Marseille. 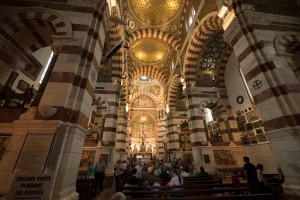 The magnificent Notre Dame de la Garde is situated at the highest point in the city, and it dominates the Marseille skyline. There isn’t a better place in the city to take beautiful photos of Marseille and its Old Port. But it’s the inside that caught my attention.

The church’s Byzantine interior is striking. Built on an ancient fortress the church was dedicated to the Virgin Mary and consecrated in 1864. Giant arches frame the ornate ceiling and the beautiful domes. This is a seafarer’s church with paintings and votives depicting the dangers of the sea and the desire for loved ones to return safely from their world journeys. The church is part lighthouse, part fortress and part a sacred place of pilgrimage, and it’s a must-see for anyone visiting Marseille. 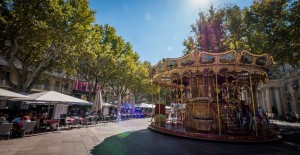 Not far from Marseille, Avignon is a beautiful city on the Rhone river. Spanning the river (well, almost) is the Pont d’Avignon, the bridge that inspired the French song, Sur le Pont d’Avignon. I recommend taking a walk on the bridge and venturing into the walled city.

Avignon’s historic center is a UNESCO World Heritage Site. The medieval walled city practically pulses with life inside the walls. While Avignon is a city that’s full of life, it also has a fascinating story to tell, from its impressive Pope’s Palace that was once the seat of Catholicism to a bridge that has captured the imagination of millions of people over the ages.