Traverse Paris, The City Of Lights, With XL Airways | TravelResearchOnline

Traverse Paris, The City Of Lights, With XL Airways

Posted on March 17th, 2015 by Elizabeth Cody in Outposts

Paris hardly needs any kind of real introduction. Music, cinema, and literature have all immortalized this infamous city and her landmarks, from Notre Dame to the Eiffel Tower. “The City of Lights” has always held an impeccable reputation for cuisine, culture, and ambience that is second to none. Whether you’re looking for a romantic getaway from your normal routine, or are just craving new experiences and sights, Paris surely has something exquisite to offer. 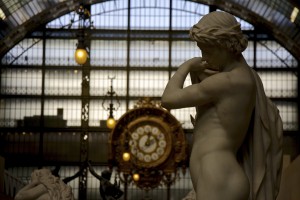 Originally named Lutetia, Paris began as a Roman settlement in 52 BCE before their fall. The Romans were replaced by the Franks with Clovis as their king, considered to be the first king of France. Clovis’ descendants managed to hold on to power through natural disasters and Viking raids, until the monarchy fell during the French Revolution in the 18th century. France entered a new age of enlightenment and nationalism, resulting in the construction of many of its famous structures, including the Eiffel tower in the late 19th century. Today Paris is a pedestrian paradise, with many meandering bike and walking paths throughout the city and faster metro lines for those who aren’t as keen on walking all over the city.

One of the most famous aspects of France is, of course, the cuisine. France, and Paris especially, have enjoyed a long-lasting reputation for innovative and indulgent dishes, made famous here America by home chefs such as Julia Child. But even in the past 50 years, French cuisine has evolved and grown past the usual fare of boeuf bourguignon with influences from immigrant cultures, including Latin American flair. You can choose between the ultra-chic Michelin starred restaurants featuring world-renowned chefs, small, quaint bistros with local and fresh fare, or hearty on-the-go street food from vendors who know how to entice your taste buds. French cuisine is all about indulgence while still keeping the flavors balanced and fresh. Whatever your stomach is rumbling for, Paris can satisfy that hunger. 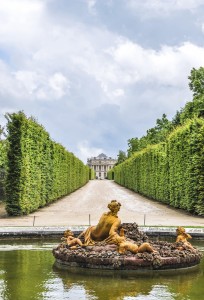 There’s a reason why Leonardo di Vinci’s Mona Lisa is on display at the Mouseé de Louvre: nowhere else is art as celebrated and enjoyed as in Paris. Paris houses a multitude of sculptures, paintings, and other forms of traditional and modern art. Many of the world’s most famous masters called Paris their home at one time or another, including Van Gogh, Rodin, Dalí, Renoir, Monet, and Picasso. There are many galleries besides the Louvre, including the Musée d’Orsay housed in an old subway station, Musée Marmottan-Monet which is dedicated to the works of Monet, and Les Invalides, which showcases medieval armor and houses the tomb of Napoleon Bonaparte. On the first Sunday of the month, all museums and monuments are free for all visitors, so take advantage of the opportunity to see the amazing works of art collected by the Parisians for free!

Paris is, of course, home to many of the more famous French landmarks, such as the Tour Eiffel, Notre-Dame, and the Arc de Triomphe, but there are other beautiful architectural wonders to visit here. The Château de Versailles, once home to infamous Marie Antoinette and her husband, Louis XIV, is no longer a palace for the monarchy but now the Museum of France, and still retains its architectural splendor from its golden age. Another remnant of Louis XIV, the Palais Garnier, is the opera house that inspired the setting for Gaston Leroux’s Phantom of the Opera and is still used for ballet performances. If you prefer to explore the macabre and dark history of Paris, then a visit to the skull-lined tunnels of Les Catacombes is in order: but don’t try to take home any “souvenirs” from the tunnel walls, your bag will be checked on the way out. However, if you have little ones, the Cité des Sciences et de l’Industrie is a science museum which boasts a submarine, a planetarium, an IMAX theater, and specialized areas for both children and teenagers to enjoy. 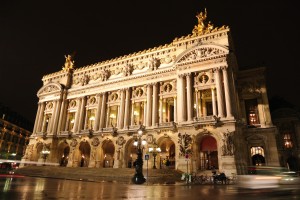 As the home to many of the world’s fashion icons in the industry, including Lacome, L’Oreal, Chanel, Versace, and more, Paris is second to none for shopping. Boutiques line the Canal St-Martin and Palais Royale, ready for you to peruse and take crinkled packages back to your hotel or resort. Le Marais, a Jewish community, is open on Sundays and features small, boutique, “Parisian” style clothing. Rue du Cherche Midi is home to most of the major fashion houses (Chanel, Versace, Jean Paul Gaultier) and smaller boutiques with handmade clothing. If you’re looking for literature as opposed to clothing or accessories, the University and Latin quarters of the city has a better selection at much more affordable prices.

There is no end to the entertainment to be found in the streets and on the stages of Paris. If you’re traveling with children, Paris offers a wide variety of entertainment for them, including Jardin du Luxembourg, a playground with ponds for sailboats, pony rides, chess sets, and a puppet theater. A mini theme park, the Jardin d’Acclimatation has small roller coasters suitable for children three and up and a mini-zoo. If you’re traveling without the kids, however, then there’s plenty for adults to experience as well! Festivals such as le nouvel an chinois (Chinese New Year), sports events like the French Tennis Open, and holidays such as Bastille Day means there is always something happening in the streets of Paris!

If you’re craving the indulgences of Paris, then XL Airways is your one-way ticket to the City of Lights! From exploring Notre-Dame to taking in all of Monet’s breathtaking works, they will get you there! Visit them at XL Airways to book your flight to romantic Paris today!

Share your thoughts on “Traverse Paris, The City Of Lights, With XL Airways”