Embark On A Cuban Adventure With Central Holidays | TravelResearchOnline

Embark On A Cuban Adventure With Central Holidays

Posted on April 28th, 2015 by Elizabeth Cody in Outposts

The largest of the Caribbean islands, Cuba is a charming mix of colonial aesthetics, vintage cars, and a local musical blend that is unrivaled. During its heyday in the 1950’s, Cuba was a popular destination for American tourists because of the distinctive European flair of the country. The architecture is exquisitely preserved from the days of colonists and Caribbean pirates, with cobblestone streets, huge, bombastic town squares, and opulent buildings. Beautiful beaches and crystal-clear waters top off all the amazing sights that the island has to offer! 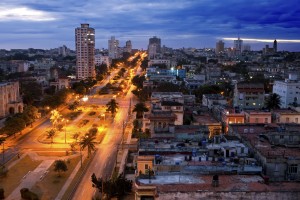 The capital of Cuba, Havana has always been a hotspot for tourism in the country, with their warm climate mingling with the local Caribbean culture. With the restoration of Old Havana, the city has a complete array of sights and experiences, from arts and culture to festivals and clubs. Havana’s legendary nightlife is still alive and well at the Tropicana Nightclub, the club featured in Graham Greene’s 1958 film Our Man in Havana. The club has been open since 1939, and still features many of the same cabaret acts today, and featuring Latin music and salsa dancing.

If you love good-quality cigars, then go visit one of Cuba’s many cigar factories that offers tours (some in English); buy your tickets in advance. Tours of local rum factories are also available, but are self-guided. Havana is full of beautiful and ornate architecture, and one amazing sight worth seeing is the Plaza de Armas, the centuries-old square with many of the original buildings still standing from the 17th century. The Plaza de Armas is Havana’s oldest square, built in the 16th century, and today it hosts a daily secondhand book market (except for Sundays).

Camaguey has an exciting history that directly contributes to the maze-like structure of the city: in order to confuse and disorient pirates like Henry Morgan who frequently came to pillage, the streets were designed in a pattern to protect the residents (or so local legend claims). The streets make for great spontaneous exploration of the city, although there are some places you should plan to visit, including the Museo de San Juan de Dios. This museum is housed in what was once a hospital tended by Father Jóse Olallo and chronicles the city’s history and exhibits the paintings of local artists. If you’d like some relaxation while you’re exploring the labyrinth that is Camaguey, consider visiting Casino Campestre, Cuba’s largest urban park. The park also has concerts, baseball games, and other activities for you to enjoy. 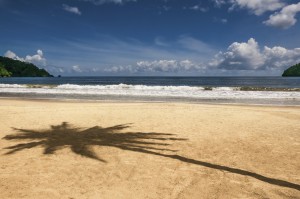 Also known as Perla del Sur, or Pearl of the South, Cienfuegos is an intoxicating blend of Caribbean spice and French elegance. Founded in 1819, it’s Cuba’s “newest” settlement, and the only one established by France. With a beautiful bay right in the middle of the city, Cienfuegos is the perfect spot for fishing, harbor boat trips, and walking along the spectacular malecon, or sea front. Some of the best sights in the area are the homes of the locals, sporting architecture from the 1950’s when they were first built. If you want to explore some local history, then just south of Cienfuegos is the Castilla de Jagua, near the entrance to the bay. The fortress was built by King Phillip IV of Spain to protect the locals from prowling pirates.

A World UNESCO Heritage site, Trinidad is almost frozen in time, except for the influx of modern visitors that stream into the town every year. The town is filled with museums, colonial architecture, and plenty of amazing opportunities for sightseeing, including a free Galería de Arte (art gallery). The streets are paved with cobblestones, and the square has a great local market with handcrafts made by the local residents. Trinidad is also famous for its beaches, with the most famous being Maracas Bay. The pristine white sugar-sand and turquoise waters makes it very popular, so the best times to go are on the weekdays when the beaches are almost deserted.