Shore Excursions In Corfu, The Ionian Sea’s Isle Of Enchantment

Posted on April 24th, 2015 by Ralph Grizzle in Deck Plans

The Greek island of Corfu is the second largest of the Ionian Islands. In some ways, Corfu feels more Italian (thanks to the Venetians and the Italians who occupied the island) than it does Greek. Certainly the many pine trees that we saw during our visit reminded us of the Tuscan landscape as does some of the dialects we found around the island. The island, also known by its Greek name Kerkyra, remained in Venetian hands from 1401 until 1797. The Venetians erected fortifications to repel Turkish invaders, and indeed, the historian Will Durant claimed that Corfu was one of the few parts of Greece never conquered by the Ottomans thanks to the Republic of Venice. 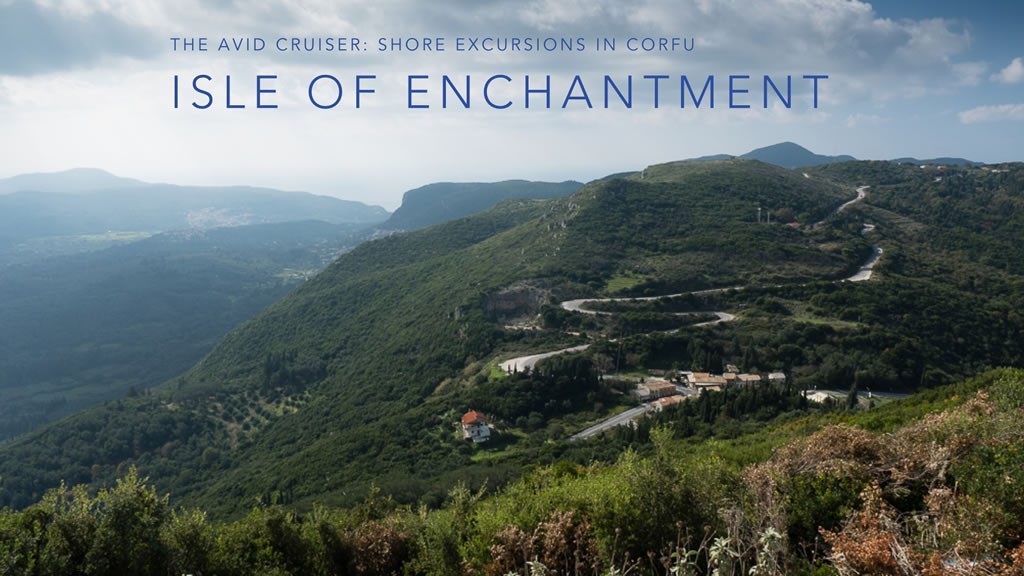 Even the local cuisine was influenced by the Venetians. Pastitsada, a traditional dish for Sundays, derives from the the Italian Spezzatino and is the most popular dish on the island of Corfu.

Until about half a century ago, a Venetian dialect was spoken in Corfu. Today, many Venetian words are still common. The Venetians also brought the Catholic Church during their four centuries of rule, and though the majority of the population is Greek Orthodox, a small percentage remain Catholic.

The French and the British also laid claim to Corfu at various times in the island’s history. They each left their influences too, so what you have today is an island that feels as if it is a mix of cultures, all overlaid on a Greek, and Corfiot culture.

Many cruise passengers know Corfu for the eponymous city that is within easy reach of where the cruise ships dock, though a longish walk (shuttles typically operate between the port and the Old Town). Come prepared for a full day. There’s lots to see and experience within the compact city.

We began our trip to Corfu with a quest: to seek out the popular liqueur made from a fruit cultivated on the island: kumquat. But that’s not all we did during our time in Corfu. We also went for exhilarating rides on mountain bikes and driving our own 4×4 on a Jeep safari. We spent time at a beautiful palace that pays tribute to the Greek god Achilles, and wandering the UNESCO designated old town of Corfu.

Share your thoughts on “Shore Excursions In Corfu, The Ionian Sea’s Isle Of Enchantment”