Posted on May 8th, 2015 by Ralph Grizzle in Deck Plans

I’ve spent a lot of time recently sailing on the rivers of Europe, but no matter how many times I travel there, I always find something new to like and appreciate about the European culture and way of life. For many, a river cruise through Europe is a cherished holiday, but I’ve always seen it as something more than that: an immersive adventure. 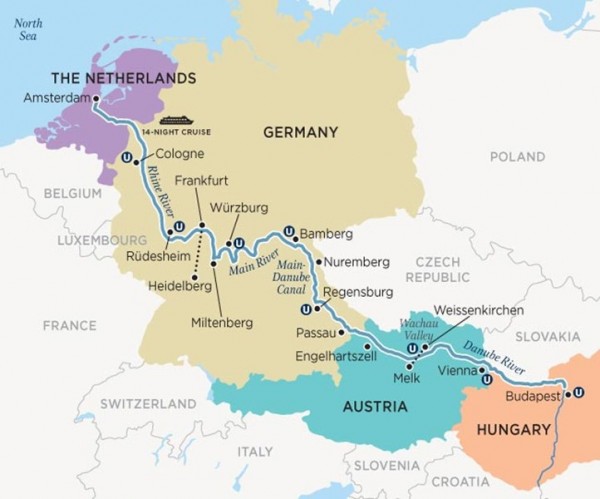 My journey aboard Uniworld’s S.S. Maria Theresa winds its way through some of the most popular ports on the Rhine, Main, and Danube Rivers. Illustration courtesy of Uniworld Boutique River Cruise Collection.

Starting on May 8, join me as I sail aboard Uniworld Boutique River Cruise Collection’s newest ship, the sleek and elegant S.S. Maria Theresa. I’ll be hopping aboard the ship in Wurzburg, part-way through her 15-day European Jewels itinerary that will take guests from Amsterdam to Budapest. 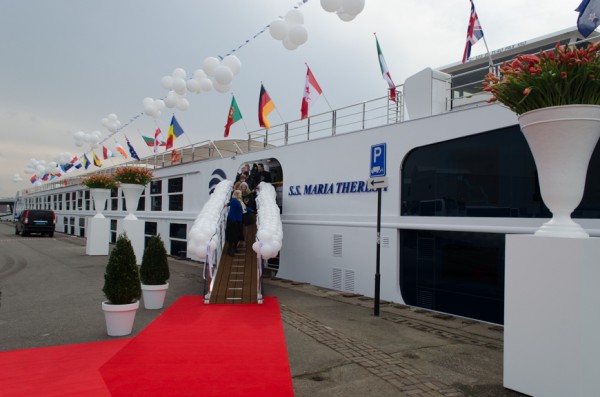 Sailing the Danube, Main, and Rhine rivers, this is one of the most comprehensive river cruises you can take through Europe. I’ve always admired the depth of European history, culture, and art that exists in the cities on this sailing – not to mention the fabulous food, friendly people, and spectacular sights and photographic opportunities. Uniworld’s itinerary visits four countries along the way, visiting countless UNESCO World Heritage Sites.

Since I’m embarking in Wurzburg midway through the voyage, I’ll miss a few towns and cities that those sailing from Amsterdam will get to see. Still, I will have lots to explore.

One of the things I appreciate most about Uniworld is that the company offers bicycles to its guests on a complimentary basis. If you get the chance, there’s no substitute for cycling along the pathways that border much of the length of the Danube. After all, nothing is quite as immersive as getting around as the locals do.

This itinerary also gives guests aboard the S.S. Maria Theresa a look at one of Europe’s greatest engineering marvels – the Main-Danube Canal. We’ve written about this ingenious waterway system in the past, detailing its construction and numerous locks. Think of it like the Panama Canal, but located within inland Europe, and you’ll get the idea. 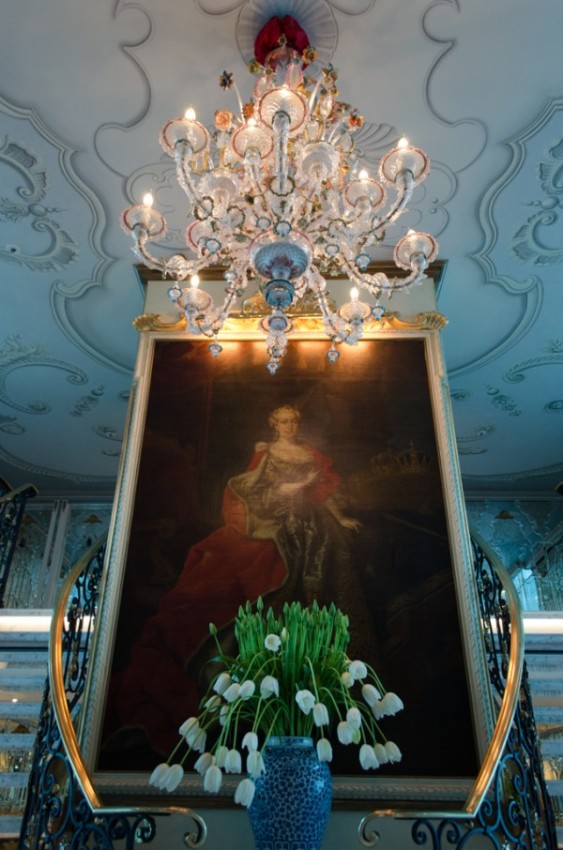 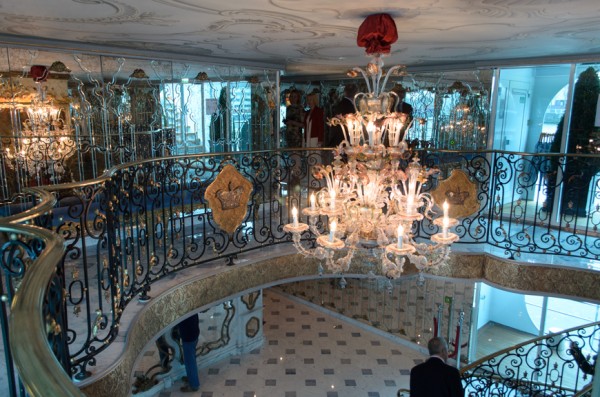 …recalls the grandeur of a bygone era. Photo © 2015 Aaron Saunders

Also worthy in her own right is the brand-new S.S. Maria Theresa. My River Cruise Advisor colleague Aaron Saunders was on-hand in Amsterdam for her christening, and filed a series of reports from the ship’s first few days in service. But there’s no substitute for being on an actual sailing to see how the ship works – though I’d suspect it will be as much of a success as the line’s previous Super Ships, the S.S. Antoinette and S.S. Catherine, were for Uniworld.

I’ve always appreciated Uniworld’s dedication to quality. The product is simply one of the most luxurious out there, and I’ve learned that photos don’t truly do Uniworld’s ships justice. Photos make the ships look busy, when in actuality their unique styling gives Uniworld’s ships a warm, almost timeless atmosphere. Aboard S.S. Maria Theresa, Uniworld has channeled the famous Habsburg Dynasty, which used to rule over a substantial part of Europe. Influences of Louis XIV – the so-called “Sun King” – can be felt throughout as well, and I look forward to telling you all about my experiences onboard.

So sit back and relax as we travel through time along three separate rivers and uncover the true jewels of Europe’s history, culture and art. 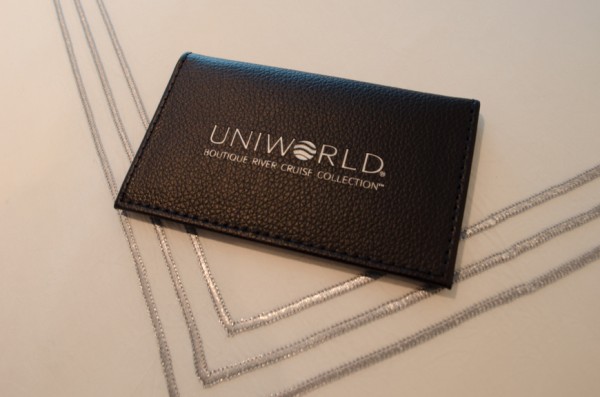 Few details have been overlooked, including this unexpectedly luxe touch: a keycard holder. Photo © 2015 Aaron Saunders

Our Live Voyage Report from onboard Uniworld Boutique River Cruise Collection’s S.S. Maria Theresa begins Friday, May 8, 2015 and runs until Sunday, May 17. Follow along on twitter @avidcruiser for the latest updates and musings from the river.

Share your thoughts on “Preview Uniworld’s Maria Theresa: Join Me For A European Jewels River Cruise”