Visit The Czech Republic and Prague: The City Of Romance With CzechTourism | TravelResearchOnline

Visit The Czech Republic and Prague: The City Of Romance With CzechTourism

Posted on May 26th, 2015 by Elizabeth Cody in Outposts

The warm weather has returned after a long, cold winter, and couples are coming out of the woodwork to enjoy the sunshine. If you’re looking for a unique romantic getaway, then look no further than the Czech Republic, and most especially the stunning city of Prague. All year long the Czech Republic is home to amazing music and film festivals, and Prague boasts gorgeous castles and picturesque lanes and streets to stroll down with your special someone. Let CzechTourism show you how this amazing Czech city can send any traveler’s heart aflutter! 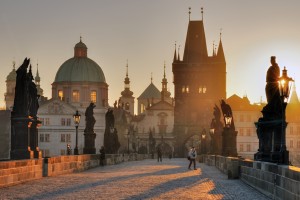 If you’re looking to relax around the city of Prague and take in the sights, then you will not be disappointed! Prague has many beautiful nooks and crannies hidden away that you and your loved one can explore. One of the most romantic attractions in the city, Prague Castle holds the Guinness World Record as the biggest castle in the world, covering an area bigger than seven football fields! The castle rises above the city like a beautiful fairytale, and houses a plethora of historical buildings, galleries, gardens, and museums in its walls. Every day you can see the changing of the guard at the gardens and the castle gates, with a flag ceremony and all the fanfare befitting the occasion.

One of the most popular areas in Prague, Malá Strana is one of the most historic regions in the entire city of Prague. With beautiful architectural homes, picturesque lanes to wander through, and its close proximity to the Charles Bridge, Malá Strana is an ideal quiet nook in the bustling city to get lost in. Strolling across the Charles Bridge at dawn offers a quieter and more easy-going experience than waiting later in the day when you have to fight the crowds for your tranquility, and gives you more time to explore some of the street stalls that pop up along the way. The most peaceful and beautiful part of the Malá Strana quarter has to be Kampa, an “island” near the Charles Bridge that houses a museum and beautiful scenery, perfect for just breathing in the tranquility. 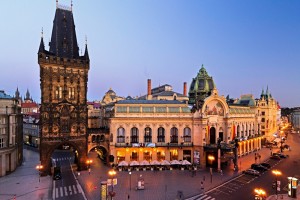 If you have a passion for film, then you won’t want to miss the Karlovy Vary International Film Festival held every July. One of the oldest film festivals in the world, the Karlovy Vary International Film Festival was created in 1946 to not only screen the works of seven different countries, but also to showcase the recently nationalized Czechoslovakian film industry. The festival has survived the 1948 Communist takeover which bombarded the festival with propaganda and very little in the way of art, and the Velvet Revolution in 1989 that completely overshadowed the entire event. Today the highlight of the festival is a feature film competition, a documentary competition, and a showcase of independent filmmakers, plus many more events. The festival gives smaller films a chance to shine and be exposed to larger distribution companies and the media at large. Notable stars who have attended previous festivals include Leonardo di Caprio, Robert Redford, Ben Kingsley, Keira Knightley, John Travolta, and Helen Mirren. 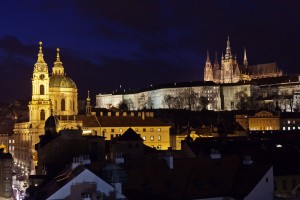 If music is more to your taste, then you’ll want to visit the Prague Spring International Music Festival in May and June. The festival highlights outstanding orchestras, performing artists, and chamber music ensembles from all over the world. The first festival in 1946 featured the Czech Philharmonic Orchestra who was celebrating its 50th anniversary that same year. The festival always opens on May 12, the anniversary of the death of Bedřich Smetana, a famous Czech composer who is widely considered by the Czech people to be the “father of Czech music”. Musicians who have performed in the festival in the past include Julian Lloyd Webber, Lorin Maazel, Lucia Popp, Sir Colin Davis, Leopold Stowolski, and Arthur Rubenstein.

After the spring and summer festivals have left, the fall still has plenty to offer. Autumn is when many of the wine-making villages in the Czech Republic celebrate the most important part of the year in the process of making their signature wines. These celebrations feature locals in medieval wardrobe, fireworks, craft fairs, jousting, and street theater. The biggest celebrations can be seen at Pálava Vintage Festival in Mikulov, the Znojmo Historical Vintage, and the Saint Wenceslas Vintage on the grounds of Prague Castle in the city of Prague. 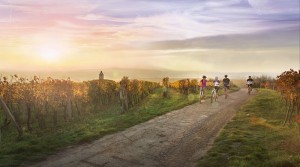 In October in Prague, the city lights up all of its splendor in the SIGNAL Lights Festival, the largest showcase of light art and technologies in the Czech Republic. The buildings, streets, and public spaces of Prague are turned into an enormous walking gallery, and many of the light shows are interactive as well. SIGNAL is considered the premiere audiovisual art exhibition in the world, with many new technologies getting their debut at this particular festival. Admission is free to join the over 250,000 other visitors who flock to Prague for this one-of-a-kind festival.

Are you ready to find your romantic paradise?

Share your thoughts on “Visit The Czech Republic and Prague: The City Of Romance With CzechTourism”