From Central Park, Seabourn Announces That It Will Bring Three Michelin Stars To Sea | TravelResearchOnline

From Central Park, Seabourn Announces That It Will Bring Three Michelin Stars To Sea

From its perch on Columbus Circle, Thomas Keller’s famed restaurant Per Se offers an outstanding view of New York’s Central Park. I was admiring that view last night along with the big brass from Carnival Corporation, parent company of luxury line Seabourn. There with the likes of Micky Arison, Arnold Donald, Stein Kruse, and Rick Meadows was star chef Thomas Keller, the only American-born chef to hold multiple three-star ratings in the prestigious Michelin Guide. Also in the celebrity spotlight, Adam D. Tihany, designer of the new Seabourn Encore as well as the restaurant in which we stood. 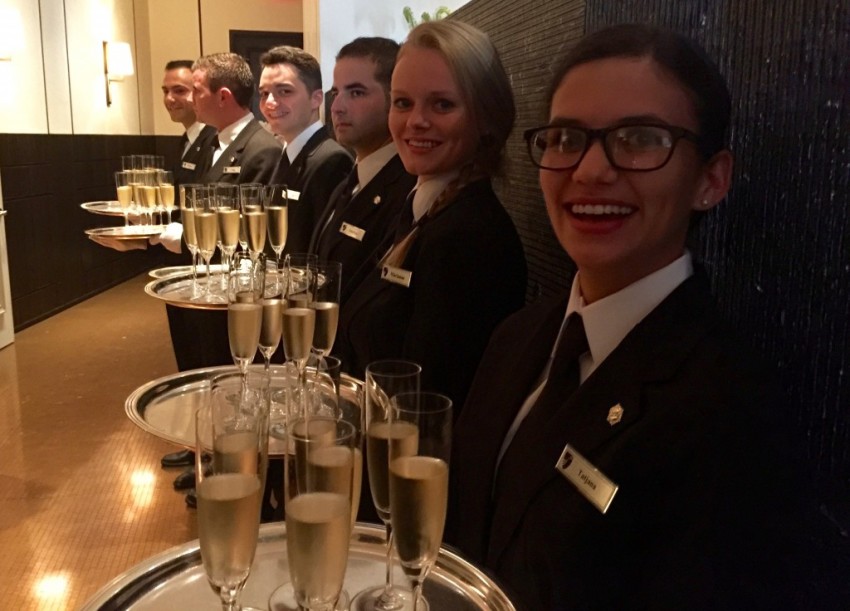 We were all there to hear details of a big announcement. Seabourn is bringing Keller’s creativity to its fleet, beginning this fall with selections of Keller-inspired appetizers, entrees, and desserts to be served in various venues on Seabourn Quest. By mid-November, all three ships will feature a number of menus by chef Keller.

The bigger news, however, was that Keller will have his own signature restaurant on all Seabourn ships, beginning with Quest next spring. With the name yet to be made public, the new restaurants will reside in the space now occupied by Restaurant 2 on Seabourn Quest, Odyssey, and Sojourn — and in new dedicated spaces, designed by Adam Tihany, on the new Seabourn Encore and Ovation. Effectively, Seabourn is bringing three Michelin stars to sea.

As impressed as I was by the canapés served to us by Keller’s white-gloved waiters, I was equally impressed by the fact that Seabourn had flown in six of its waiters and waitresses from all three of its ships, now operating in Europe. I spoke to one young man as he presented me with a glass of champagne. He’d never been to New York, so it was a real treat for him to have left Seabourn Odyssey in Athens, Greece, to serve bubbly in Manhattan. That Seabourn had thought to bring six of its team members to New York is in essence what defines The Seabourn Difference.

While avid cruisers are aware that Seabourn excels in service and other aspects of the luxury lifestyle at sea, “nothing is as eagerly anticipated [on Seabourn ships] as the quality of our cuisine,” Rick Meadows, president of Seabourn, told us last night. “As we prepare to go into our future where we’ll be expanding our fleet with two beautiful new vessels in the next three years, we’re going to be taking Seabourn’s cuisine to an entirely new level, and we’re going to be doing that with the culinary genius behind Per Se, The French Laundry, and Bouchon, chef Thomas Keller.”

After experiencing Keller’s creativity and hearing of his commitment to his trade at last night’s event, I would add that it is not only Seabourn’s cuisine that will be taken to an entirely new level but also the small touches that continue to refine and exemplify The Seabourn Difference. 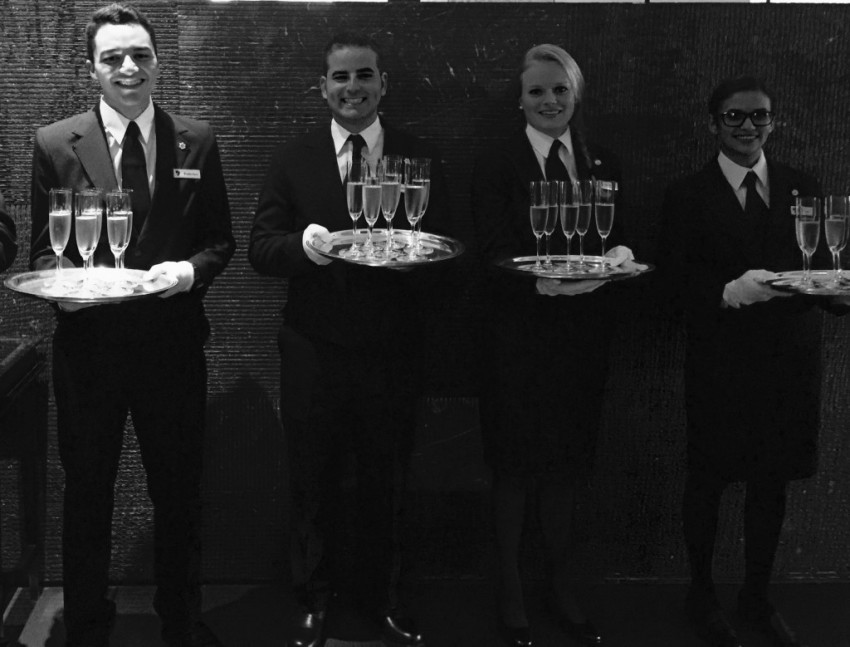 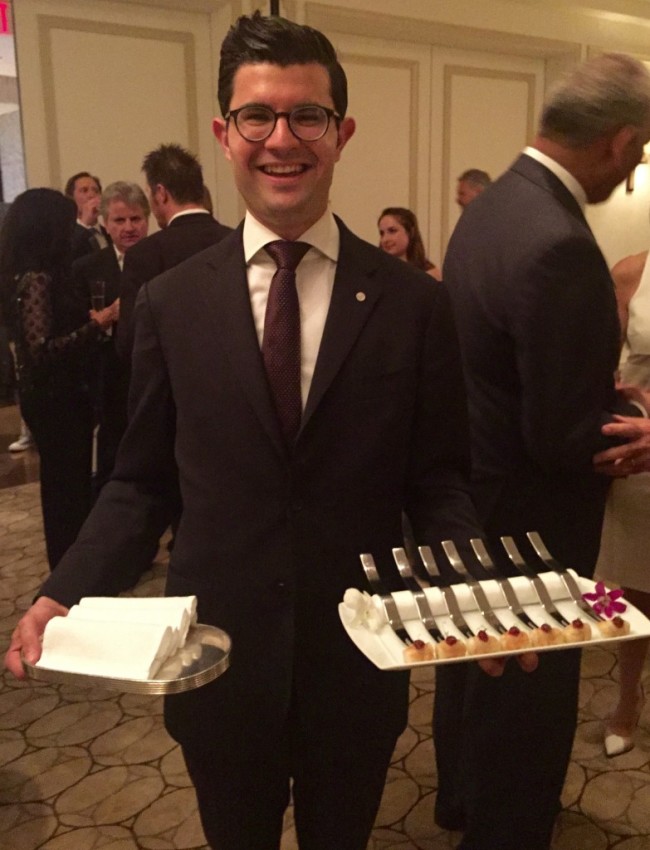 We enjoyed a sampling of Keller’s canapés last night at Per Se in New York. © 2015 Ralph Grizzle 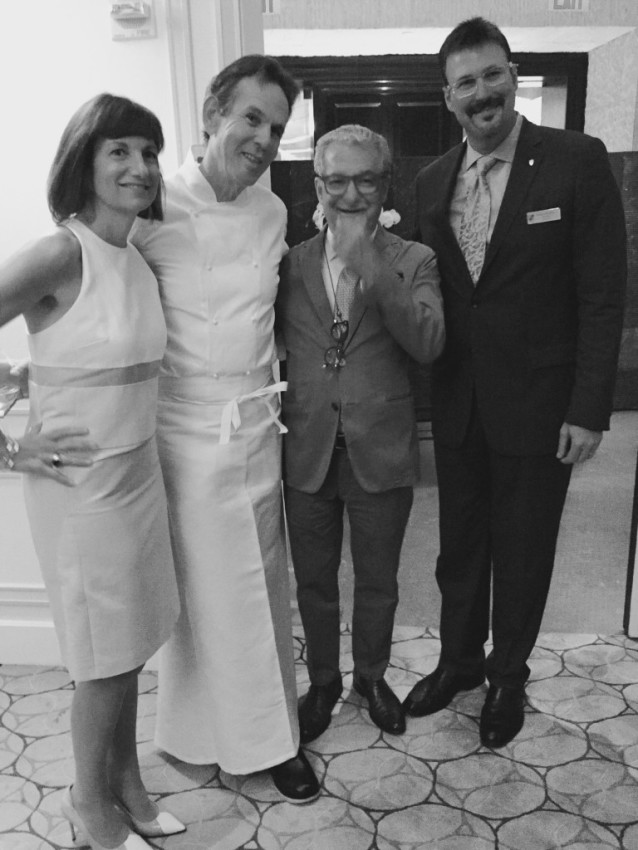 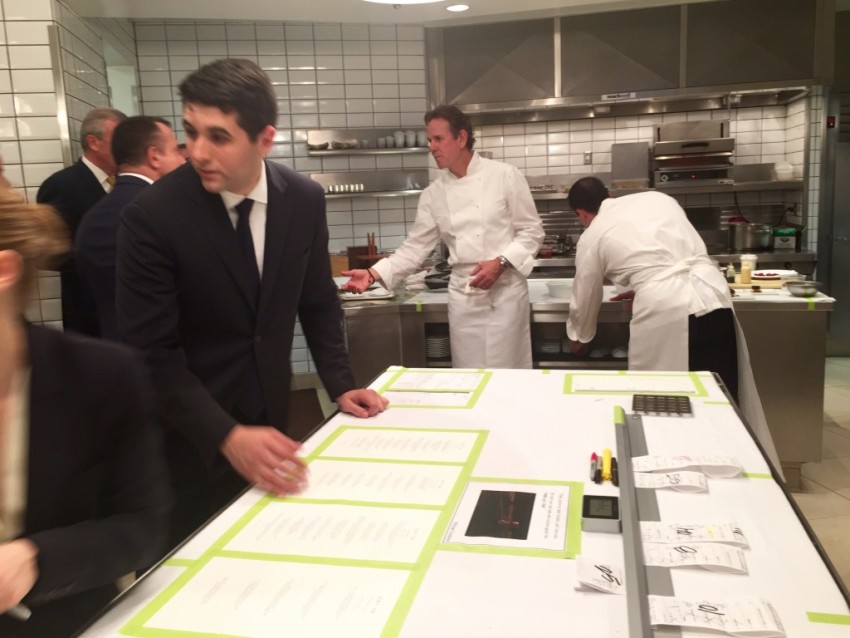 Thomas Keller took us behind the scenes for a tour of the Per Se kitchen. © 2015 Ralph Grizzle

Share your thoughts on “From Central Park, Seabourn Announces That It Will Bring Three Michelin Stars To Sea”