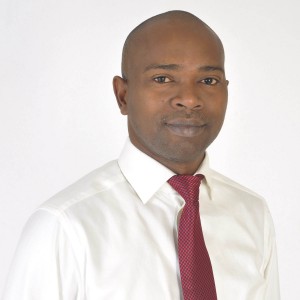 Ismail Ismail is currently the Interline & Tariffs Officer at Precision Air Services Plc, joining the company in 2007.  His journey in the travel and tourism industry started in 2006, when he joined Anderson’s African Adventure, a tour operator company based in Arusha, Tanzania, as a Sales & Reservations Agent. He has worked in many different commercial departments within Precision Air Services Plc., including sales and revenue management. He also performs other duties as a Sales Executive of Precision Air Offline Markets.

Travel Research Online (TRO): What inspired you to pursue a career in the travel industry?

Ismail Ismail (II): Air travel is an amazing industry and very addictive.  The role air travel plays for mankind and in the economy inspired me to work in the industry. It facilitates the movement of people from one point to another with ease and convenience, in less time and more comfort. Tanzania is an undoubtedly huge country, and road trips mean hours and hours of travel to the next region or town. Also, it offers individual staff to be more globally aware, whether they are traveling privately or representing the company to the world.

TRO: How has Precision Air Services grown and changed in your 8 years with the company?

II: In the past 8 years there has been a lot of change at Precision Air! When Precision Air Services Plc (PW) started, it was simply a family managed business. Years later, it dominated the country’s aviation industry. The airline operates both scheduled and charter flights. Today, PW has the highest concentration of frequency of scheduled flights and connectivity than any airline in the country. PW operates domestically to 9 destinations from Dar es Salaam to Zanzibar, Kilimanjaro, Arusha, Bukoba, Mtwara, Mwanza, Tabora, and internationally to Nairobi.

PW is known as the most innovative and fastest growing local airline in the country. It is known for its professionalism, safety, and business ethics. Ever since inception, the airline has been playing an important role as a key aviation player. PW provides need-based transport services and equipment to all stratas in the country, including remote area such as Mtwara where other players cannot reach. The airline vows to continue to be the safest and most competitive airline of choice in the country in providing need-based transportation services and equipment to all areas in Tanzania and beyond.

PW undertook a fleet expansion program to the tune of about $95 million. The introduction of the new aircraft is a continuation of a major fleet renewal and expansion program being implemented by the airline. PW fleet is known to have the youngest and safest fleet in Africa.

In 2012, Precision Air completed construction on its own hangar situated at the Julius Nyerere International Airport in Dar es Salaam. Today the airline is able to service its own fleet, which has enabled more effective maintenance and turnaround, which cuts down on delays. Aside from its own fleet, the hangar services other airlines landing at the JNIA. For example, the hangar played host to the Marine 1 during President Obama’s visit to Tanzania in July 2013. 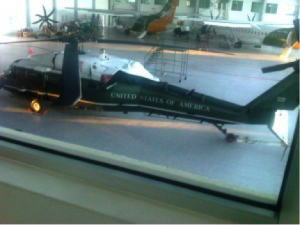 TRO: What are some misconceptions about the country of Tanzania as a travel destination?

II: There are some common misconceptions that people may have about Tanzania. One is that it is sweltering hot. Nope! Africa is an enormous continent with a huge range of climates. Some areas do tend to record some very high temperatures, but Tanzania is generally a pretty comfortable tropical country; it is temperate and spring-like on the interior, hotter and more humid near the coast, and extremely cold at high altitudes (do NOT wear a t-shirt and shorts to the summit of Mount Kilimanjaro!). Also people might think it is unstable.  While there are definitely some unsafe countries in Africa plagued by political strife and unstable governments, Tanzania is not one of them. Travelers to Tanzania have a very low risk of encountering any violence or danger – the 120+ ethnic groups in the country maintain cordial relationships with one another, and Tanzania has earned the unofficial title “Switzerland of Africa” for its use as a neutral international meeting ground.

TRO: What can travel agents expect when they book one of their clients on Precision Air Services?

II: Good value and comfort. Agents can be assured that passengers on a Precision Air flight will experience our warm and friendly Tanzanian crew on board all of our Precision Air flights. The most common routes flown (for example to Zanzibar, Arusha, and Kilimanjaro) have very competitive fares, many under $200, and can get your clients to many magnificent places quickly. Safety is our priority as we have been IOSA certified since 2006. In the US we work with APG USA (Air Promotion Group) who serves as Precision Air’s representative for customer support for any assistance needed from booking groups and ticketing questions to general information.

TRO: What is one aspect of Precision Air that you would like travel agents to be more aware of?

II: That we are dedicated to modernization as we have a very new and young state-of-the-art ATR aircraft fleet. We also have a great frequent flier program called “PAA Royal” that your clients can take advantage of. Precision also pays travel agents 5% commission when booked in any GDS and through ARC.

II: In Tanzania there are so many spectacular places to visit and things to behold including 3 wonders of the world (Mt. Kilimanjaro, The Serengeti, and the Ngorongoro Crater) and 7 UNSECO World Heritage sites. I’d have to say my favorite place is the Ngorongoro Crater which is described as the “Eden of Africa” on the northern circuit of Tanzania. Ngorongoro Crater is the world’s largest inactive, intact, and unfilled volcanic caldera. I was amazed to see a large number of animal species found at the crater. Studies shows approximately 25,000 species call the crater home: for example, the black rhinoceros, the hippopotamus, the wildebeest, leopards, cheetahs, crocodiles, and the like.  It is truly a breathtaking place to experience in person.

TRO: What is on the horizon for Precision Air Services?

II: In March 2013, Precision Air appointed a new CEO, the first female CEO in East Africa, Ms. Sauda Rajab. Rajab is an all-around executive professional with vast experience in the airline travel market, people management, finance, general sales, as well as marketing. In June 2013, the airline under the command of its new CEO, announced it was in the process of reviewing its operational 5-year plan as part of its expansion and business review. Since then the Airline been named on of the Top 20 Tanzanian Consumer Superbrands for the first time for 2014. This rating recognizes PW’s strong and indisputable brand recognition, and further cements its position and the preferred regional airline of choice for Tanzania for 2015 and moving into the future.

To learn more about Ismail Ismail and Precision Air Services Plc., contact them online at www.apg-usa.us/precision-air, by phone at 201-526-7845, or by email at precisionair_tanzania@apg-usa.us.