When cruising the Alaska Panhandle, you will find that the major ports of call are becoming quite commercial with a plethora of gift shops and jewelry stores. The main streets of Ketchikan, Juneau, and Skagway are starting to resemble St. Martin or Barbados with the same familiar retail establishments selling diamonds, gemstones, and gold watches at so called “bargain” prices. 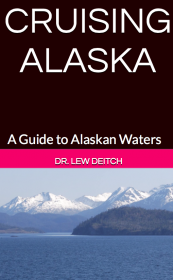 Of course, all this commercialism does not detract from the breathtaking scenery, but it is altering the original Alaskan frontier flavor that once existed. But the one Panhandle port that has not seen this development is Sitka.

“Why?” you might ask. The reason is clear: fewer ships call in at Sitka because because of its location. It is on the west coast of Baranof Island, one of the largest islands of the Panhandle, but a visit requires a detour out into the open Pacific waters, leaving the calm of the Inside Passage.

The city and borough of Sitka includes the entire island with 2,870 square miles of land, making it the largest city in the United States in land area. Yet the population stands at just under 9,000. There is a peaceful charm to Sitka because it is not on the main tour route for cruise ships. This is the one port in which the large jewelry chain stores found in the other major ports are absent. Numerous excellent galleries feature both Russian and native art, with many of the artists having their studios right in town. They replace the chain stores found in Ketchikan, Juneau, and Skagway. In Sitka there is a definite emphasis upon local quality and not mass production. 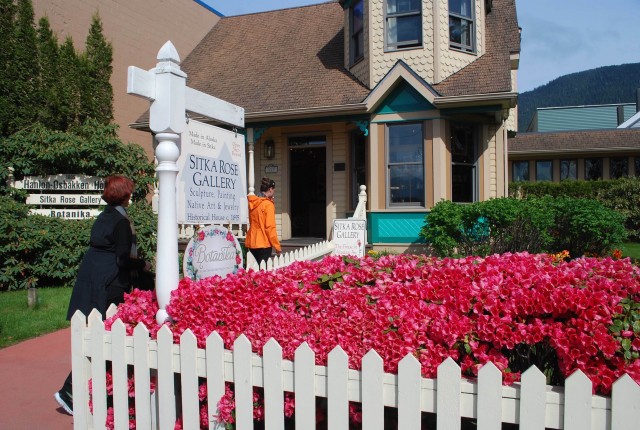 The site of Sitka is that of a beautiful bay on the west coast of Baranof Island, and the bay is dotted with small, thickly forested islands. The mountains rising up behind Sitka are snow-capped much of the year and rich evergreen forests totally engulf the city. Across the bay is the 3,200-foot volcanic cone called Mount Edgecumbe. This beautiful snow-capped volcanic cone dominates the harbor, but its last known eruption was around 4,200 years ago. However, geologists said it was dormant and not extinct. On the morning of April 1, 1974, an ominous plume of black smoke was seen billowing out of the crater, and this caused near panic in Sitka. The Coast Guard sent up a helicopter to assess whether the city should be evacuated. But to their surprise they found a mound of burning rubber tires. This was the April Fools Day prank of a local resident known as Oliver “Porky” Bickar. He had been planning this for quite some time and a friend of his who had a helicopter helped him place the tires atop the mountain and set them alight just before dawn. His prank garnered worldwide attention for its uniqueness and thus local law enforcement decided not to charge him with mischief.

Sitka has a marine west coast climate, but its rainfall total is higher than either Juneau or Ketchikan because of its direct exposure to the Gulf of Alaska where the warm North Pacific Drift first strikes the coast. Temperatures are cool year around and during winter it is often cold enough right at sea level for snow to accumulate.

The history of Sitka dates back to the early Russian attempt to establish a fort in 1799. This was to become the home base for the Governor of Alaska appointed by the Russian Tsar. He also commissioned the Russian America Company to establish trade with the native Tlingit as well as to trap for furs. The Tlingit, however, were not enamored with these newcomers, and in 1802 they attacked the fort, overwhelming its defenses. They killed many of the Russians and 200 of the Aleuts who the Russians had brought from the Aleutian Islands to help with the work of running the fort and trading outpost. The governor then had to ransom the remaining survivors. Back in Saint Petersburg the authorities were outraged at such an incident. Thus Governor Baranov was returned to Sitka in 1804 with a Russian naval vessel, which bombarded the fort that the Tlingit now occupied. The bombardments did little to damage the stockade, so the Russians launched a full-scale attack that also proved unsuccessful. Fortunately the Tlingit ran out of gunpowder from the reserves within the fort and then abandoned their position, enabling the Russians to claim victory. It was only after this “so called” victory that the Russians actually established the settlement of Sitka, originally calling it New Archangel. The Tlingit built their own fort across the Chatham Strait and kept the Russians from trading or trapping in their territory for years to come. 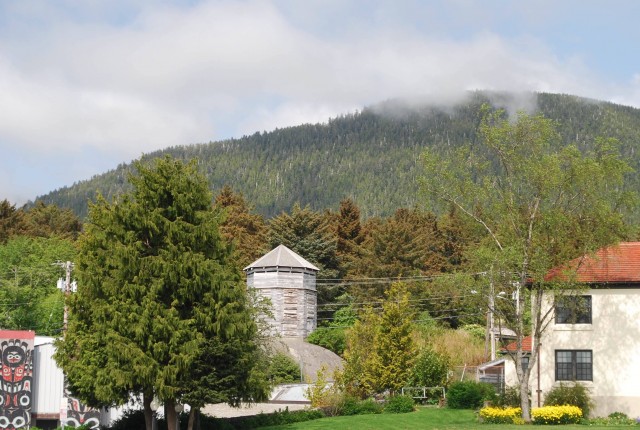 In 1808, Sitka became the capital of Russian America and remained so until the Americans moved the territorial capital to Juneau in 1906. During the Russian period, several important structures were built such as the bishop’s palace and the Cathedral of Saint Michael, both of which still stand today. By 1840, the Russian Orthodox Bishop for Alaska and the Kamchatka Peninsula (Russia) was based in Sitka. The town became the most important trade center for the entire Russian colony and it did offer many of the comforts to be found in Saint Petersburg so many thousands of miles away. There were many workers in Sitka from the Baltic Sea region, and being protestant they were allowed to build the Sitka Lutheran Church. After the American purchase in 1867, other denominations came, but Saint Michael’s still dominates the town center and gives Sitka that special Russian historical flavor.

Once the Americans purchased Alaska attention was turned toward the Inside Passage, and with gold discovered in Juneau and then later the Klondike Gold Rush occurring, Sitka became almost forgotten, especially once the capital was moved to Juneau. Sitka continued to serve as a fishing port for the salmon and crab fleets, and some fish canning was done, and on Baranof Island there was some gold mined. But what brought Sitka back to life was World War II. During the war, the U. S. Navy developed an air station on Japonski Island adjacent to Sitka, and this helped swell the population for the duration of the war. Today the island is home to the U. S. Coast Guard Air Station and port facility, and along with the base at Kodiak, serve to protect the entire Alaska coast. If you have watched the TV program “Coast Guard Alaska,” you will recall that many episodes are partly filmed in and around Sitka.

Today, salmon and crab fishing are still the major employers for the city, although governmental and health services combined provide more jobs. Tourism is still not as major as in Ketchikan, Juneau, or Skagway because of the more isolated location of Sitka. 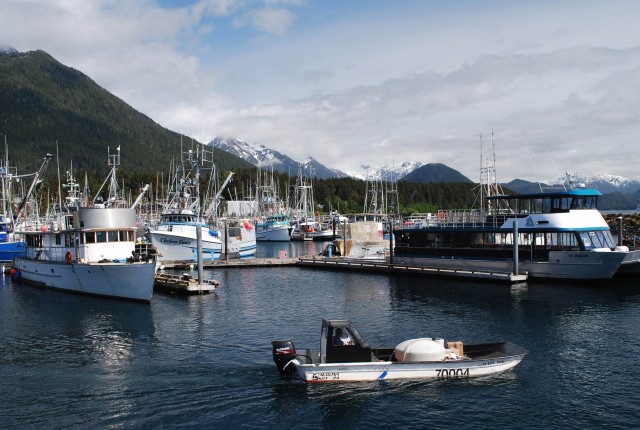 Once off the ship, you will only have a day in Sitka if your cruise itinerary includes this port. I highly recommend one of the many tours out into the wilds of Baranof Island or its offshore waters so that you can enjoy the beauty of raw nature and still have some time to walk around the small town center. Here are some of the possibilities, but of course tours will be created by your cruise line based upon what it feels best matches the clientele: 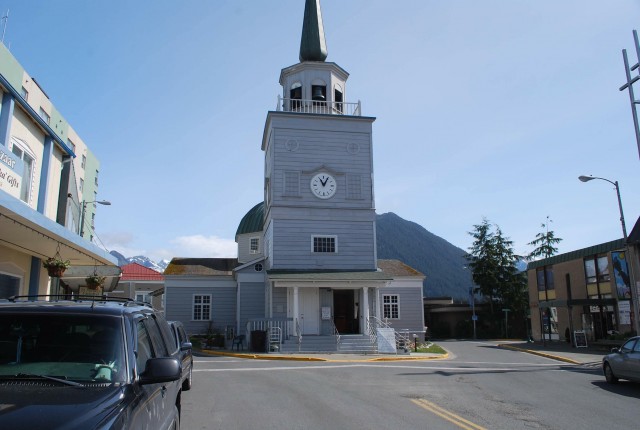 There are a great variety of options that include kayaking, river rafting, nature hiking, whale watching, or fishing. Your cruise line will offer many package tours that you would be hard pressed to try and arrange on your own after arrival. If you are seeking some adventure and a chance to savor more of the wild side of Sitka, there are plenty of opportunities too numerous to mention, as each cruise line will have its own special packages.