Posted on June 30th, 2015 by Elizabeth Cody in Outposts

Vienna has always been known for its dedication and love of the arts: from Wolfgang Amadeus Mozart’s tenure there after his time composing in Salzburg to the modern-day fame of the Vienna Philharmonic. During the summer, Vienna transforms into a haven for music and art lovers, presenting dozens of festivals and events celebrating its pride in the arts. From youth festivals to magnificent opera, from grand orchestral performances to celebrations of centuries on horseback, there is a breath-taking performance around every corner. Let the Vienna Tourist Board share the best of their beloved Vienna with you this summer! 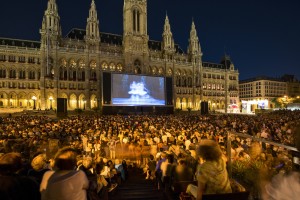 For those who love to combine amazing music with delicious local cuisine, then the Music Film Festival on City Hall Square is for you! 2015 is the 25th Music Film Festival, and the festival is bigger than ever! On site are some of the city’s best chefs and cuisines, serving their delicious wares in front of a giant open-air movie screen. A wide array of musical recordings are screened, including opera, jazz, modern and classic pop, reggae, rock, and others. Recorded performances scheduled for 2015 include Elvis Presley, Lady Gaga, Frank Sinatra, Eric Clapton, Tony Bennet, Pink Floyd, Celine Dion, Queen, Bob Marley, Depeche Mode, and Elton John. The festival also features live performances by local Austrian performers, and best of all, admission is free!

Over 1,000 young musicians and choristers flock to Vienna for the Summa Cum Laude Youth Music Festival, an international gathering of young musical talent in conjunction with the Austrian Federal President and the Austrian Commission for UNESCO. Seven choirs and nine orchestras from 15 different countries come together to create beautiful and inspiring music, outside the boundaries of culture and language. The festival is especially fun for visitors, as a walk through Vienna can produce a spontaneous moment listening to a youth orchestra practice, or a young choir singing and laughing with each other. Public concerts are held in the House of Music, St. Stephan’s Cathedral, Konzerthaus, Vienna City Hall, and MuTh (the performing space for the Vienna Boys’ Choir). The highlight of the festival by far is the competition between the performing groups, judged by an international panel of judges in the categories of orchestra or choir. The winners will then go on to perform at the concert closing the festival, rich in experiences and even more passionate for their craft. 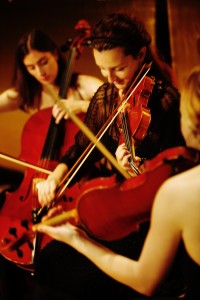 According to the dictionary, the noun “philharmonic” is an orchestra of around 100 members, while the adjective “philharmonic” means to be “devoted to or appreciative of music”. The Vienna Philharmonic exemplifies both definitions in every way, and is world-renowned for its outstanding performances, and has earned special recognitions from Richard Wagner, Johannes Brahms, Gustav Mahler, and Richard Strauss. Founded in 1841 by Otto Nicolai, the orchestra is known for going above and beyond, with many of its instruments specially made and requiring exceptional skill such as the Viennese horn. During the summer, the Vienna Philharmonic opens the Summer Night Concert in Schönbrunn at the end of May and performs at the end of June in Vienna, but they do perform in other cities and countries throughout the summer concert season. These concerts are led by guest conductors, who favor the works of Gustav Mahler to feature in their performances. Tickets go on sale a week before the performance date, either by phone or online.

Opera Live On The Square: All of June and September

If you love opera but hate the thought of being crammed together in an uncomfortable opera hall either sitting or standing, then you will definitely enjoy the open-air experience of Opera Live On The Square. During the months of April, May, June, and September, the Vienna State Opera broadcasts up to 80 live performances on an LED video wall measuring 50m2. Using eight HD cameras, the best possible performance is presented for the enjoyment of those watching outside. 180 seats are set for each performance, and admission is completely free! Some of the performances for 2015 include Mozart’s Don Giovanni, Beethoven’s Fidelio, and the Nureyev Gala 2015. 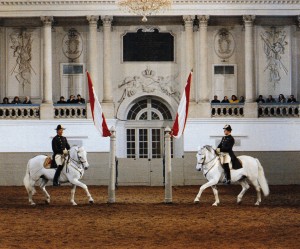 2015 is a big year for the Spanish Riding School: They will celebrate their 450th anniversary in the equestrian tradition of Haute Ecole, the highest form of classical dressage the originated in the Renaissance. The school is celebrating with festivities over three days at the end of June. They will be joined by the Royal Andalusian School from Jerez to present the art of classical riding in front of the Office of the Federal President. Afterwards will be the glamorous Fête Impériale at the Imperial Palace, the Spanish Riding School’s summer ball. The ball promotes and raises funds for the horses in a setting that encourages local and international guests to mingle in an truly elegant setting (formal attire required). Truly this will be a once-in-a-lifetime event for equestrian lovers around the world!

For more information on all the amazing festivals and events in Vienna, visit the Vienna Tourist Board at www.wien.info.