All you could want in a travel consultant – and less | TravelResearchOnline

All you could want in a travel consultant – and less

Posted on July 26th, 2015 by Richard Earls in Publishers Corner

Rising above the crowd in any profession requires enormous energy and perseverance. It takes courage to put yourself on the front lines. What is commonly referred to as the Pareto Principle is just math. Average out the numbers and there will be a vast wasteland of, well, “average.” But just above that group, in a category so separate it is a difference in kind rather than quality, is the top 10%, the top 5%, and the top 1% of people in any endeavor. 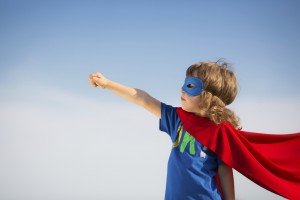 That is where life’s heroes live. Define success however you want. It can be monetary, but it can also be freedom from worry, time for your family, or just doing what you want to do in the terribly short time we have to do it.

The difference is not “positive thinking” which is one of the most over-rated concepts ever thrust upon humanity. Certainly a person seeking greatness must think well of their endeavors, but the secrets to success, however defined, have more to do with hard work, diligence, and a refusal to quit than it does with whistling while you work.

Make up your mind.  What kind of travel consultant do you want to be? The title of today’s column is a bit misleading. I’m not going to talk about mediocrity. Actually, we almost never do. We talk about the people who excel, the ones who push just a bit further, whose aspirations drive them forward. If that’s what you want for yourself, I want it for you.

Here’s what you have to do:

When business is particularly difficult, it helps to have lessons from giants who have faced even greater adversity and whose perspectives are broader than our own. Take some time to investigate the biography of a historical figure in which you have some interest and learn more about them. Don’t overly invest in the person: even heroes have human flaws. In fact those flaws are what make them so very human and capable of emulation. Rather, look to the examples of their courage for inspiration. You will often find in the words and deeds of others all of the strength you need to be a better business person and human being, enough inspiration to keep moving forward.

Want a way of en-couraging yourself in the tasks of everyday? Find a hero.

For today, I will lend you two (actually three) of mine.

Now, get to work.

It is not the critic who counts; not the man who points out how the strong man stumbles, or where the doer of deeds could have done them better. The credit belongs to the man who is actually in the arena, whose face in marred by dust and sweat and blood; who strives valiantly; who errs, who comes short again and again, because there is no effort without error and shortcoming; but who does actually strive to do the deeds; who knows great enthusiasms, the great devotions; who spends himself in a worthy cause; who at the best knows in the end the triumph of high achievement, and who at the worst, if he fails, at least fails while daring greatly, so that his place shall never be with those cold and timid souls who neither know victory nor defeat.

In fact, this article I want to dedicate to a hero I met just this week. Enjoy: http://www.dailymail.co.uk/news/article-3151292/Fearless-goat-goes-head-head-cow-ten-times-size-teaches-lesson.html#i-94933c564af4e323