Rich Heller is currently the Marine Operations Manager for G Adventures and has been a member of the company’s marine programs since 2006. During his near-decade with G Adventures, Rich has had the opportunity to visit some of the world’s most remote and beautiful destinations, usually by boat. With years of experience guiding and supporting tours in the Antarctic and Southeast Asia, Rich brings a mix of field experience and passion for wildlife, remote destinations, and shipping that collectively assists G Adventures to create life-changing experiences for its travelers and partner communities around the globe. END_OF_DOCUMENT_TOKEN_TO_BE_REPLACED

I received an email from an old friend and business associate this week that brought to light two important business lessons. I would like to share them both with you today.

We had lost touch along the way and after a year of futile attempts trying to contact him, his email came in via “Linkedin ” This is an online networking personal database based on the “who-you-know” theory of success. END_OF_DOCUMENT_TOKEN_TO_BE_REPLACED

Adding value to the travel equation
by John Frenaye

Times have changed. There used to be a time when travel professionals went home with red smudges on their hands, welcomed and lauded by the travel suppliers. Not so much any more. If nothing else, today’s travel professional is a survivor. There have been countless times when the industry has been pronounced dead—or at least put on life support. Heck, even President Obama dissed us a few years back. But we learned how to survive. Some of it was trial and error; much of it was sheer determination and planning. We were told to nichify (yes, I invented that word) and we did. We were told that to compete against Travelocity, Expedia, and Orbitz, that we needed to add value to the equation and eschew the transactional nature of the business. But is that really simple to do? END_OF_DOCUMENT_TOKEN_TO_BE_REPLACED

For many travel professionals, social marketing and media has proven its worth. Those who have succeeded using Facebook, Twitter and the like to generate business are actively engaged  by being both creative and authentic. No doubt, the fundamental marketing tactics of local, community oriented public relations, networking, and advertising are far more important and necessary to most travel agents than any social marketing efforts will ever be. However, layer your social marketing tactics on top of a solid foundation of fundamentals and truly excellent results can be the order of the day. END_OF_DOCUMENT_TOKEN_TO_BE_REPLACED

Crystal Cruises Expansion, What’s To Come For The Next 25 Years?
by Ralph Grizzle

Only a Rip van Winkle could have missed the news of what is probably the most aggressive expansion ever in the luxury travel segment: Crystal Cruises’ addition of three new ocean cruisers, two new river “yachts,” a 62-guest yacht, a Dreamliner, a smaller jet to complement the Dreamliner, and a substantial stake in Lloyd Werft, the German shipyard that is building Crystal’s ships.

Celebrating its Silver Anniversary, 25-year-young Crystal Cruises is aiming to extend its luxury brand in the air, on the oceans, and on the rivers. Five ships are on order, a yacht is being refurbished, and there’s more to come. “We’ve only released a series of announcements thus far,” Rodriguez told me on Crystal Symphony last week. “There’s a lot more to come, but even with what we’ve released thus far, and as we continue to grow each of those brand extension experiences, it’ll be very exciting.” END_OF_DOCUMENT_TOKEN_TO_BE_REPLACED

Being Impetuous Can Cost You
by Mike Marchev

I was reminded once again how impetuous behavior can cost you. This lesson came during a welcome reception on a cruise ship.

Three individuals “dumped their wagons” on an unsuspecting host at an opening seminar cocktail party right before my very eyes. I was both disappointed and taken aback. The host was shell shocked.

As most of you know, cruise lines do what they can to educate their distribution channels. We were all onboard as guests of a particular cruise line with hopes to become more versed in the product line. I was the motivational segment of the program. END_OF_DOCUMENT_TOKEN_TO_BE_REPLACED

Want to know the secret to getting more clients? Making millions in the travel industry? Being wildly successful? So would I. Unfortunately, there really isn’t a magic bullet or pill to take for instant success.

What I do know is it takes hard work, dedication, education, getting out there, patience, and a positive attitude. END_OF_DOCUMENT_TOKEN_TO_BE_REPLACED

Here are the fifth, sixth and final questions devoted to FREE press coverage.

Question #5: What other things should I send with my release? END_OF_DOCUMENT_TOKEN_TO_BE_REPLACED

The other day at the airport, I was browsing the magazine rack and was instantly drawn to the gorgeous cover photos and the inspiring images inside each of the different magazines. It made me want to change my flight and escape to an exotic locale.

Then as I was in the gatehouse scanning my social feeds, I realized I was drawn to some posts over others for some of the same reasons as when I was flipping through magazines.

Are you like me when you pick up a magazine or read an on-line article? Do you scan the title, look at the photos and read the captions? Then, after all that, do you read the opening lines? END_OF_DOCUMENT_TOKEN_TO_BE_REPLACED

The French may have managed to get us to eat snails under the moniker of “escargots”, but this was beyond ridiculous even if it qualifies as a “Low Carb High Protein” meal! I would never go back to that restaurant, and I believe you wouldn’t either. END_OF_DOCUMENT_TOKEN_TO_BE_REPLACED

Formed in 1989, INFOX is a fulfillment house that works solely within the Travel and Tourism Industries, and offers coordinated methods for distributing products and promotional materials by meeting the specific needs of travel businesses in the United States and internationally. For 26 years, our goal has been to help businesses in the travel industry achieve their marketing goals through cost-effective distribution. The INFOX team is highly committed to quality customer service; our management staff has a combined total of 50 years of experience within the company, offering cost-efficient and effective service fulfillment, marketing, and transportation solutions. We take a proactive stand on product development and view our business relationships as partnerships, benefiting from a healthy flow of two-way communication. END_OF_DOCUMENT_TOKEN_TO_BE_REPLACED

This is the third and fourth question devoted to FREE press coverage.

Question #3: How often should I send press releases? END_OF_DOCUMENT_TOKEN_TO_BE_REPLACED

I’ll bet many of you get frustrated because you send important information to clients in detailed emails… only to find it has not been read. This may or may not cause you additional work with their booking, but at the bare minimum can make their trip either more challenging, or they miss something completely because they didn’t read it. Right? END_OF_DOCUMENT_TOKEN_TO_BE_REPLACED

This is the second of seven marketing tips devoted to FREE press coverage.

Question #2: How do I establish credibility with editors? END_OF_DOCUMENT_TOKEN_TO_BE_REPLACED 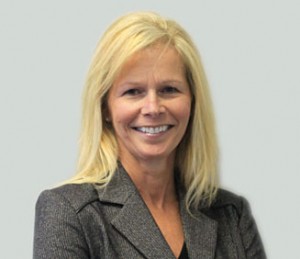 Cindy Mitchell is the Concierge Director at Rental Escapes – her passion, interest, and experience in the Travel and Tourism industry drove her to focus on VIP and concierge services. She loves thinking outside the box to exceed her clients’ expectations of what their vacation can become.

END_OF_DOCUMENT_TOKEN_TO_BE_REPLACED

This is the first of four marketing tips devoted to FREE press coverage.

I will address seven frequently asked questions over the next four days. END_OF_DOCUMENT_TOKEN_TO_BE_REPLACED

Are you watching the travel trends?
by John Frenaye

Last week, Travel Weekly published the results of the 2015 Consumer Trends survey. Any agent worth their salt should take some time to read the results, and adjust their business accordingly; or at least see if their business needs adjusting. The topic that caught my eye was that consumers say they will be (or have been) taking shorter vacations—quick getaways versus the 7-night or longer trips. I can concur with that from my own experience and have adjusted my business to meet that need.

END_OF_DOCUMENT_TOKEN_TO_BE_REPLACED

180 Days Around The World: Is Half A Year At Sea Right For You?
by Ralph Grizzle

In 1873, Jules Verne penned his classic tale, Around the World in 80 Days. The famous French author, however, could never have imagined that one day you’d be able to sail the world – in luxury – in 180 days.

Oceania Cruises recently introduced these massive World Cruise voyages that span half a year in duration. Rather than being a hard-sell due to time or financial constraints, Oceania was so inundated with prospective bookings that they immediately announced an additional 180-day journey aboard the newly-refurbished Insignia, which returned to the fleet last year from a multi-year charter to German cruise and tour operator, Hapag-Lloyd. END_OF_DOCUMENT_TOKEN_TO_BE_REPLACED