180 Days Around The World: Is Half A Year At Sea Right For You? | TravelResearchOnline

180 Days Around The World: Is Half A Year At Sea Right For You?

Posted on August 21st, 2015 by Ralph Grizzle in Deck Plans

In 1873, Jules Verne penned his classic tale, Around the World in 80 Days. The famous French author, however, could never have imagined that one day you’d be able to sail the world – in luxury – in 180 days.

Oceania Cruises recently introduced these massive World Cruise voyages that span half a year in duration. Rather than being a hard-sell due to time or financial constraints, Oceania was so inundated with prospective bookings that they immediately announced an additional 180-day journey aboard the newly-refurbished Insignia, which returned to the fleet last year from a multi-year charter to German cruise and tour operator, Hapag-Lloyd. Departing from Miami, Florida on January 4, 2016, Oceania credits the overwhelmingly positive response to their first voyages with the creation of this new itinerary that was opened for bookings in late July. 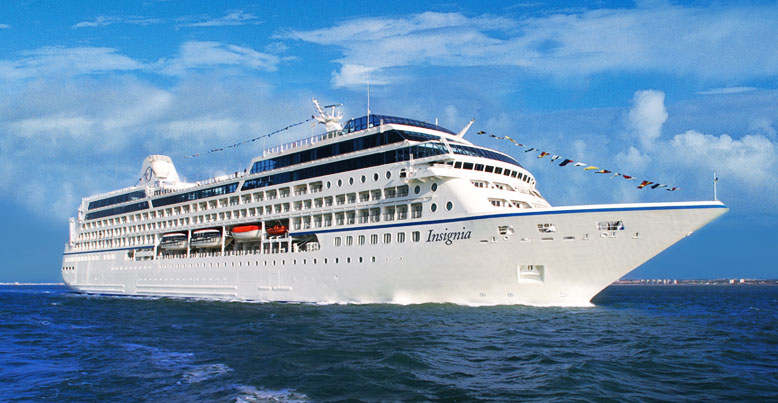 Oceania’s Insignia is sailing around the world on a single 180-day voyage. Photo courtesy of Oceania Cruises.

“Oceania Cruises provides guests with the opportunity to explore the world on their terms by offering an incredible array of diverse itineraries and unique destinations,” said Kunal S. Kamlani, president of Oceania Cruises. “The Around the World in 180 Days itinerary is a dream come true for those looking to traverse the globe in comfort and style. Not only do we offer the most destinations, but we also have the added luxury of time, providing our guests with longer port days and more overnight stays to fully appreciate the breadth and diversity of art, architecture, and cuisine found around the world.”

Insignia’s Around the World in 180 Days itinerary whisks guests to the Caribbean, South America, Africa, Asia, and the South Pacific, where Oceania will make their first-ever call on Cooktown, Australia, which will serve as a gateway to the fabled Great Barrier Reef and the local Aboriginal community of Hopevale.

Following that, Insignia sails for Hawaii and Los Angeles before transiting the Panama Canal and arriving back in Miami, Florida. 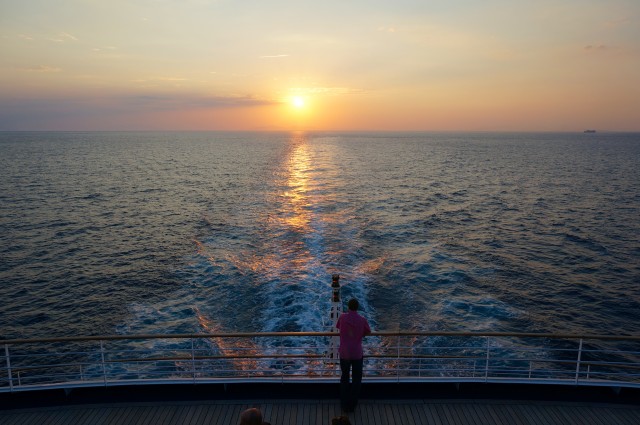 You can literally sail around the world with Oceania’s massive six-month cruises. But, are they right for you? © 2013 Ralph Grizzle

Unapologetically massive, Oceania’s Around the World in 180 Days itineraries are one of the line’s biggest runaway hits. But the question remains: is half a year at sea right for you?

They Cost A Lot of Money…

The most obvious stumbling block (but perhaps not the greatest – read on) is money. Oceania isn’t giving these 180-day voyages away, and even shorter voyages, like Regent Seven Seas’ recently-announced four month World Cruise, cost as much as a nicely-equipped luxury car.

And yet, they sell out. Fast.

Sure, for most of us, it’s a lot of money to lay out at one time. But break it down – considering you’re sailing for six straight months, that’s not a bad per-diem. Most of us couldn’t afford to live as well in a hotel on land for six months.

For some, a world cruise of this magnitude is the ultimate bucket-list journey; a one-off celebration without equal. It’s something worth saving up for.

…But There Are Perks!

Although it costs a lot, you’re arguably getting a lot when you take a world cruise. Guests who want to book Oceania’s full enchilada will find plenty of included perks for the voyage that can actually go a long way to stretching the most out of your dollar, including pre-paid gratuities, complimentary onboard medical services, internet and laundry services, not to mention exclusive shoreside events, shore excursions and other special perks both on and off the ship throughout the voyage.

Other world cruise offers can sometimes include complimentary economy class airfare from the ports of embarkation and disembarkation, and those booking the top suites can often find themselves the recipients of business-class airfare, gratis.

They Take A Lot of Time…

Ironically, the biggest stumbling block for most people, regardless of the actual cost of the cruise itself, will be time. Unless you’re retired or self-employed (or have an amazingly understanding employer), taking half a year off just isn’t an option for most of us. There are exceptions, of course, but it’s reasonable to expect that the majority of your fellow guests will have left the workforce some time ago.

…But You Get to See the World!

On the other hand, very few experiences can compare with the awesome power of being able to cover a vast swath of this earth in a single, massive cruise. If you’ve got the money, it’s worth calling in every favor you’ve ever earned at your place of employment; some professions will actually allow you to take a sabbatical for a time. But whatever you do, don’t just assume your boss will put the kibosh on the idea; he or she just may surprise you.

Finally, there are no guarantees in life. If a world cruise interests you, do it now. Don’t wait another second. The world is out there – and it’s waiting exclusively for you.

Share your thoughts on “180 Days Around The World: Is Half A Year At Sea Right For You?”