Crystal Cruises Expansion, What’s To Come For The Next 25 Years? | TravelResearchOnline

Crystal Cruises Expansion, What’s To Come For The Next 25 Years?

Posted on August 28th, 2015 by Ralph Grizzle in Deck Plans

Only a Rip van Winkle could have missed the news of what is probably the most aggressive expansion ever in the luxury travel segment: Crystal Cruises’ addition of three new ocean cruisers, two new river “yachts,” a 62-guest yacht, a Dreamliner, a smaller jet to complement the Dreamliner, and a substantial stake in Lloyd Werft, the German shipyard that is building Crystal’s ships.

Celebrating its Silver Anniversary, 25-year-young Crystal Cruises is aiming to extend its luxury brand in the air, on the oceans, and on the rivers. Five ships are on order, a yacht is being refurbished, and there’s more to come. “We’ve only released a series of announcements thus far,” Rodriguez told me on Crystal Symphony last week. “There’s a lot more to come, but even with what we’ve released thus far, and as we continue to grow each of those brand extension experiences, it’ll be very exciting.”

Rodriguez said that the company, along with its new parent Genting Hong Kong, has announced only about half of what is ahead for Crystal Cruises. “It’s phenomenal when you see the whole strategy,” she told me. “Just as we now are the world’s most awarded luxury cruise line, we will become the world’s most luxurious, and ultimately most awarded, hospitality and lifestyle brand portfolio in the world.” 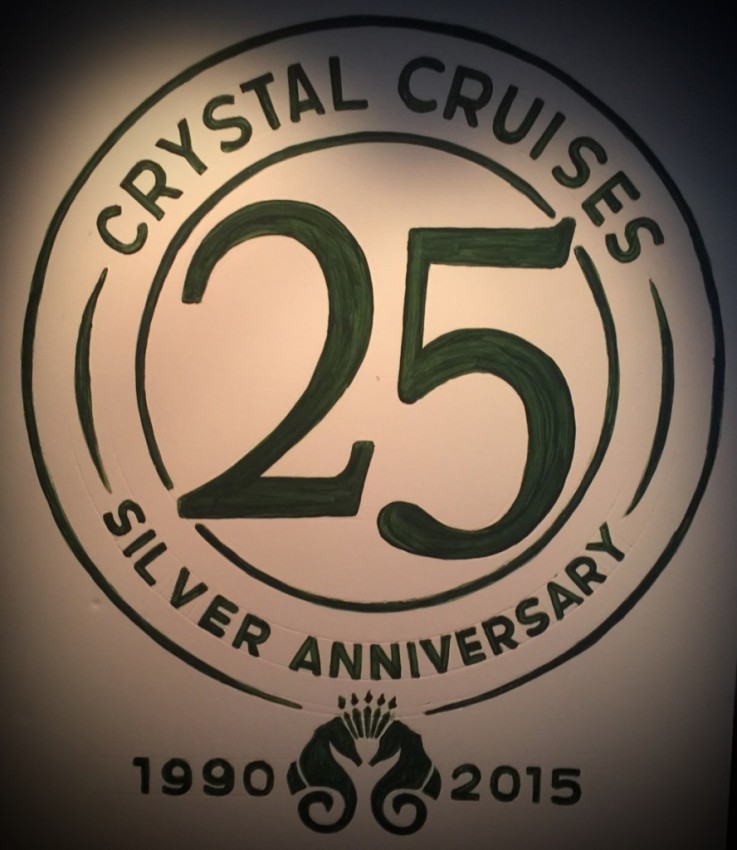 In late 2018, Crystal’s Exclusive Class Ocean Cruises will launch with three ships measuring 100,000 tons and carrying 1,000 guests each, giving the vessels the industry’s greatest space ratio on an ocean-going passenger vessel. In addition, each vessel will feature up to 48 residences, priced from $5 million and up.

Closer at hand is Crystal Esprit’s inaugural sailing on December 23, 2015. The luxury yacht will operate three itineraries: 9-day to 11-day trips in the Seychelles, with 2-night to 4-night Dubai land packages included, beginning at $4,960 per person; and two 7-day Adriatic itineraries beginning at $5,390 per person. The latter two can be combined for 14-day roundtrip to Dubrovnik or Venice that starts at around $10,000 per person.

While I was on Crystal Symphony, the company announced that it will extend complimentary Internet access to all guests beginning August 30 on both Crystal Symphony and Crystal Serenity. The free Wi-Fi perk was previously available only to Crystal Society members. The new program is limited, however, to one free hour per guest, per day for Deluxe Stateroom and Penthouse guests; 90 minutes for Penthouse Suite guests. Crystal is also making a “significant investment” in boosting functionality by adding extra bandwidth.

Some may question how Crystal has changed given its recent acquisition by Chinese investors. The answer is that there is little change, if any. In its breathless pursuit of the new and improved, Crystal has vowed not to let lag its two existing vessels, Crystal Symphony and Crystal Serenity.

In fact, the only change I saw on Crystal Symphony was in the space where Lux served as a disco, there is now a high-roller’s room (Lux is adjacent to the casino). The high-roller’s room wasn’t especially busy on the night that I walked through.

Elsewhere, service, dining, entertainment and “edutainment” all appear to be at the same high standards that they’ve been for more than a decade. Of course, Crystal would do nothing to compromise its coveted position of consistently being voted “World’s Best” by the readers of Travel + Leisure and Condé Nast Traveler.

Rodriguez reiterated her commitment to maintaining the company’s command in the large-ship (1,000 guests) luxury segment while steering Crystal Cruises expansion in the broader luxury lifestyle sector. “I love luxury, and I love this company, and I’m very excited to lead this team where this brand, with 25 years of brand equity, deserves to go for next 25 years and beyond.”

Following are a few photos from our 8-night roundtrip Copenhagen voyage last week on Crystal Symphony. 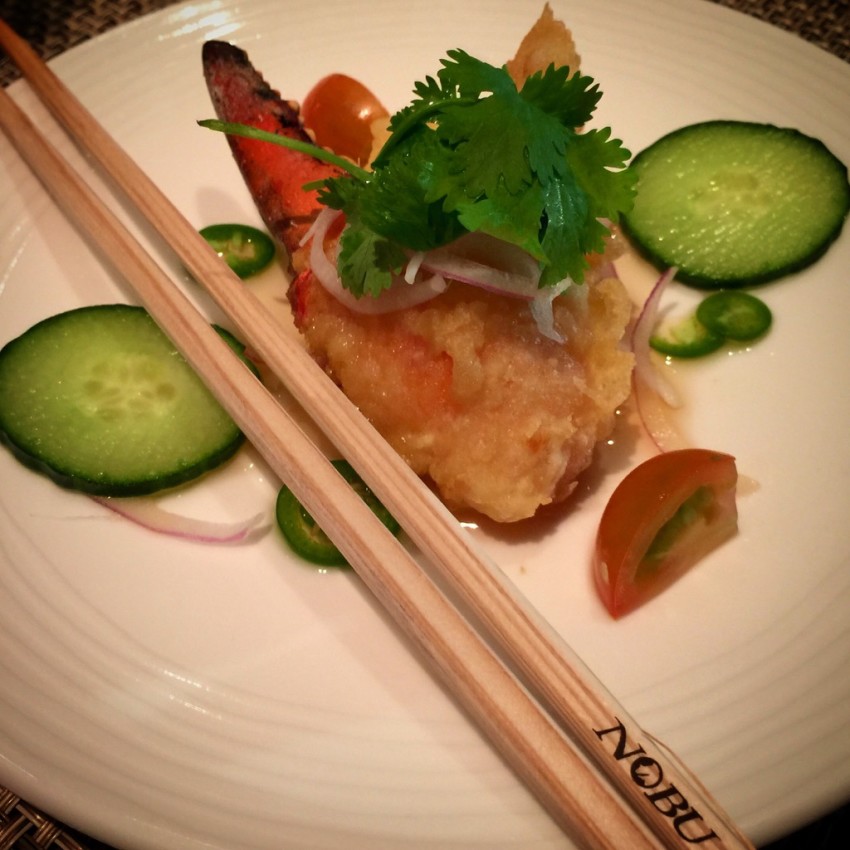 Always a favorite, tempura at the Sushi Bar on Crystal Symphony. © 2015 Ralph Grizzle 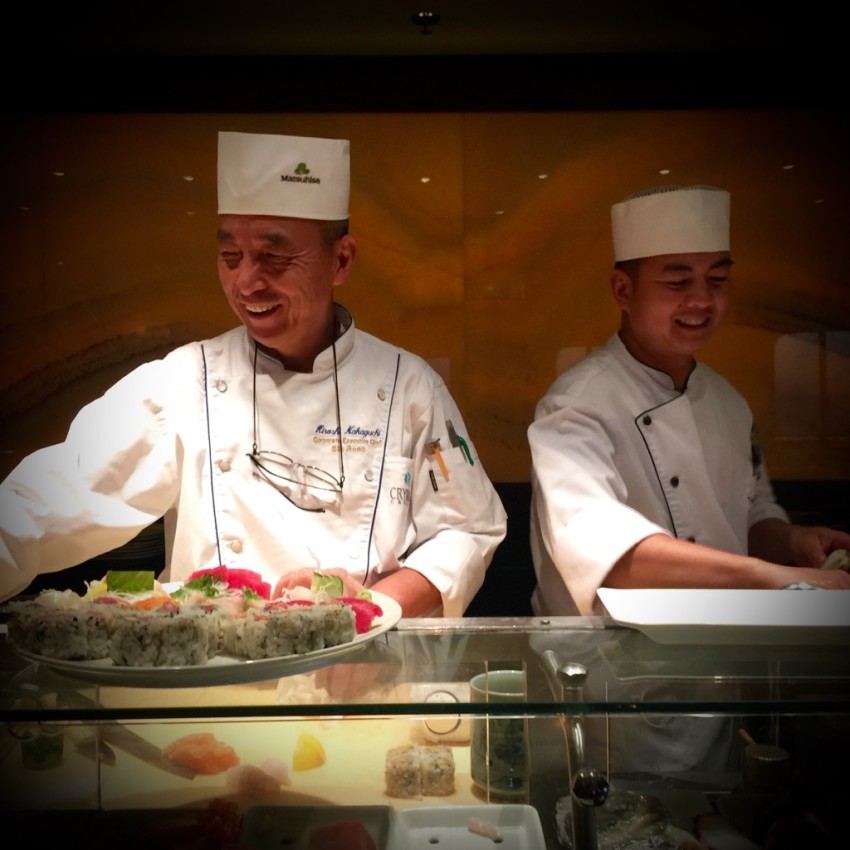 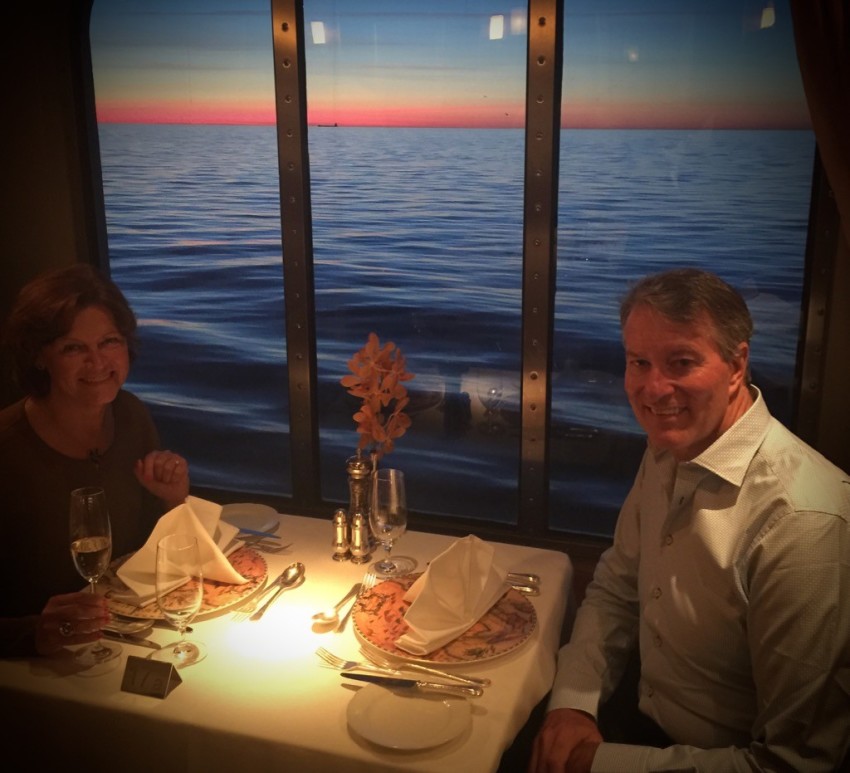 An Avid Cruiser reader asks if tables for two are guaranteed on Crystal Cruises. No, but they are easy to come by in the Crystal Dining Room. Last week on Crystal Symphony, we dined at a “table for two with a view” with a gorgeous sunset on the Baltic Sea. © 2015 Ralph Grizzle 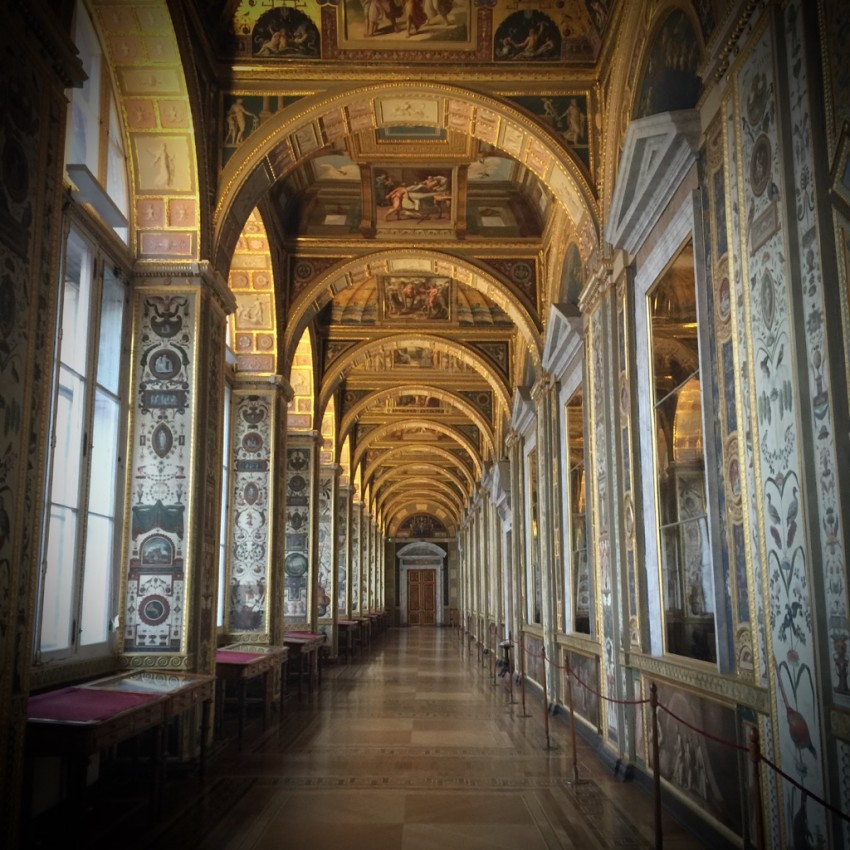 Alone in St. Petersburg’s Hermitage. Crystal hosted about 150 of us for a special evening when we were the only ones in the museum. © 2015 Ralph Grizzle 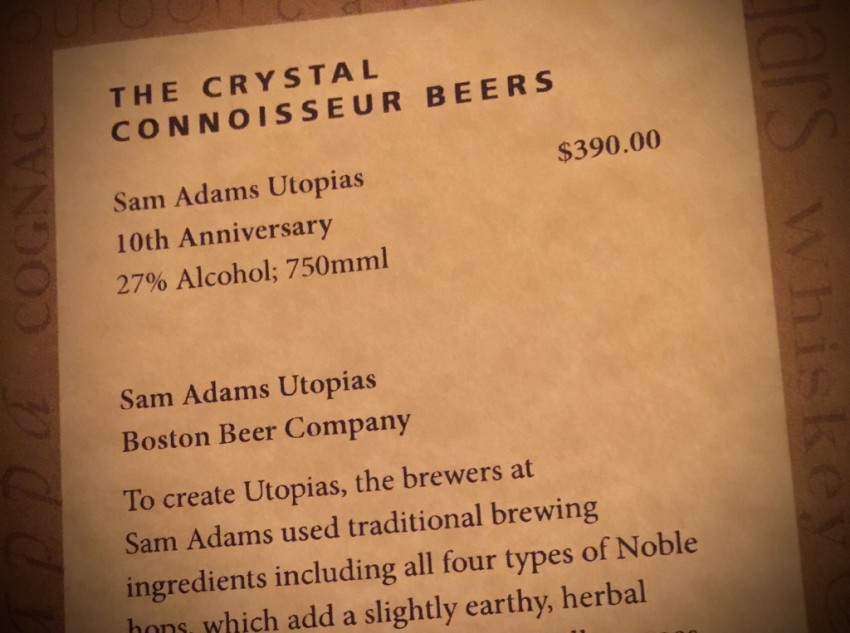 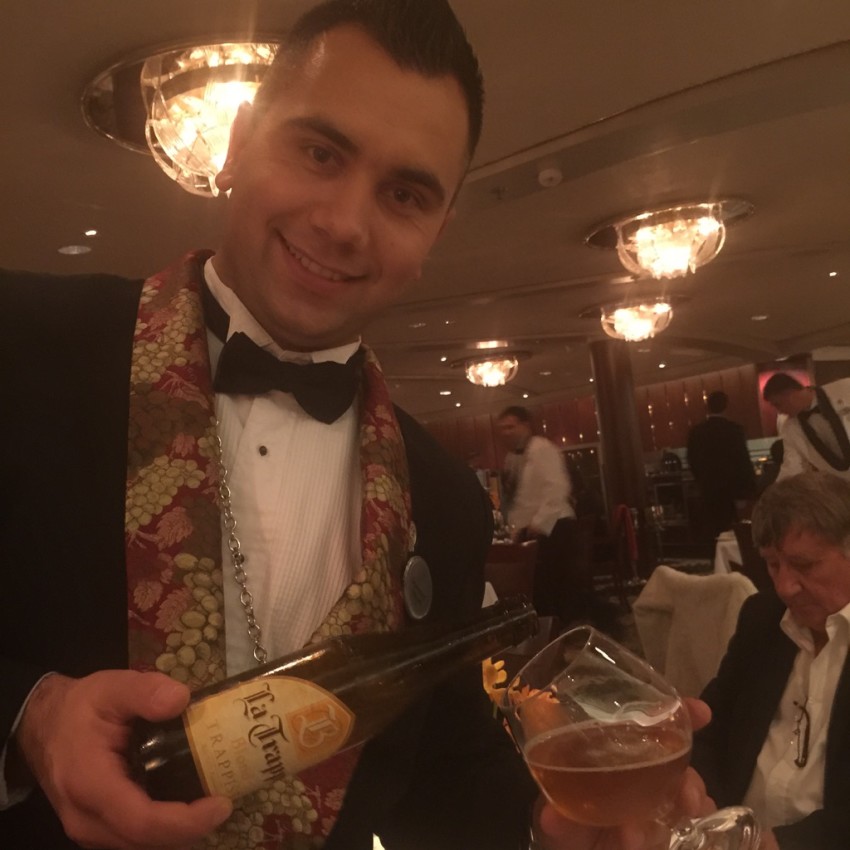 I opted for an $8 bottle, a Belgian blond. Except for items on the Connoisseur list, beverages are served free of charge on Crystal Cruises. © 2015 Ralph Grizzle 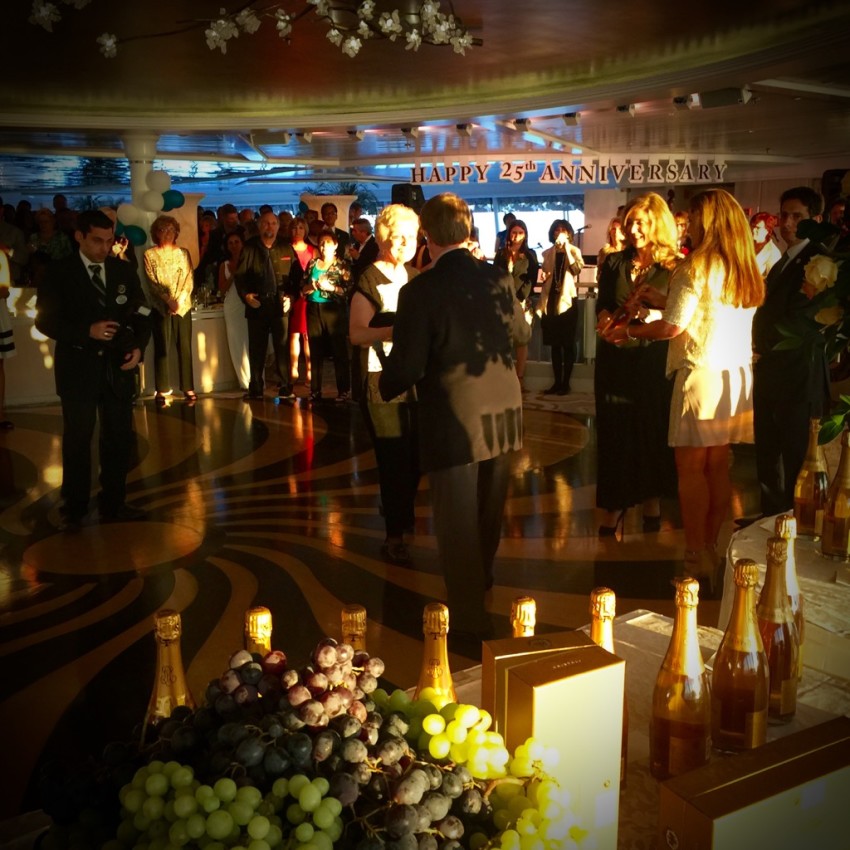 At a Gala event, Crystal’s executive team recognizes travel sellers who have sold more than $500,000 in Crystal Cruises for the year. © 2015 Ralph Grizzle 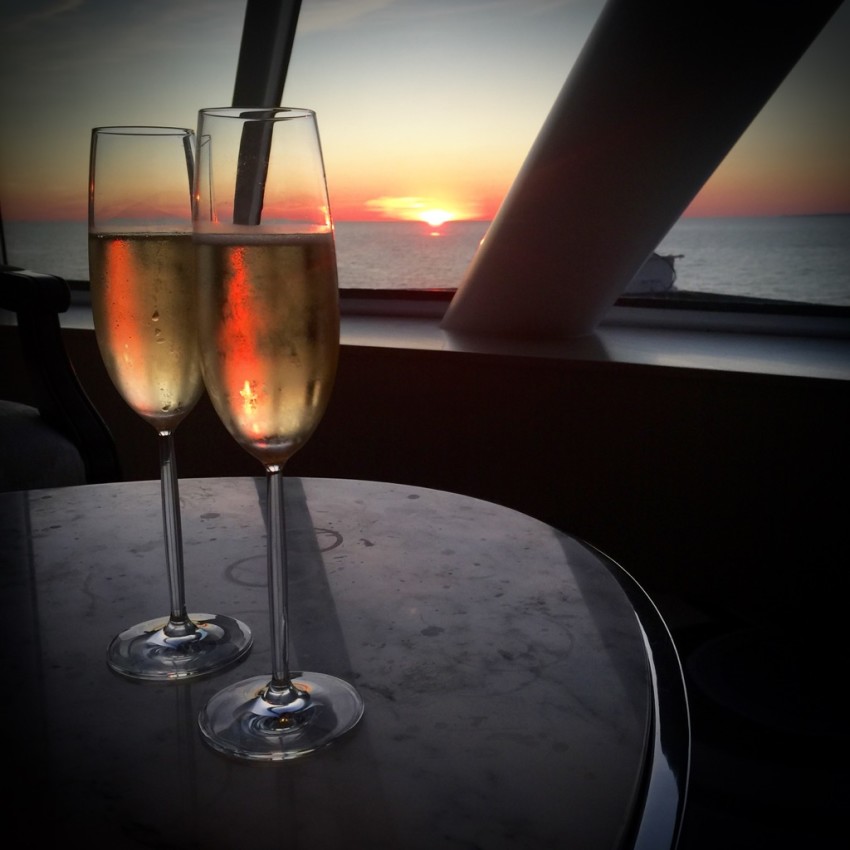 Champagne for two as the sun sets on the Baltic Sea. © 2015 Ralph Grizzle 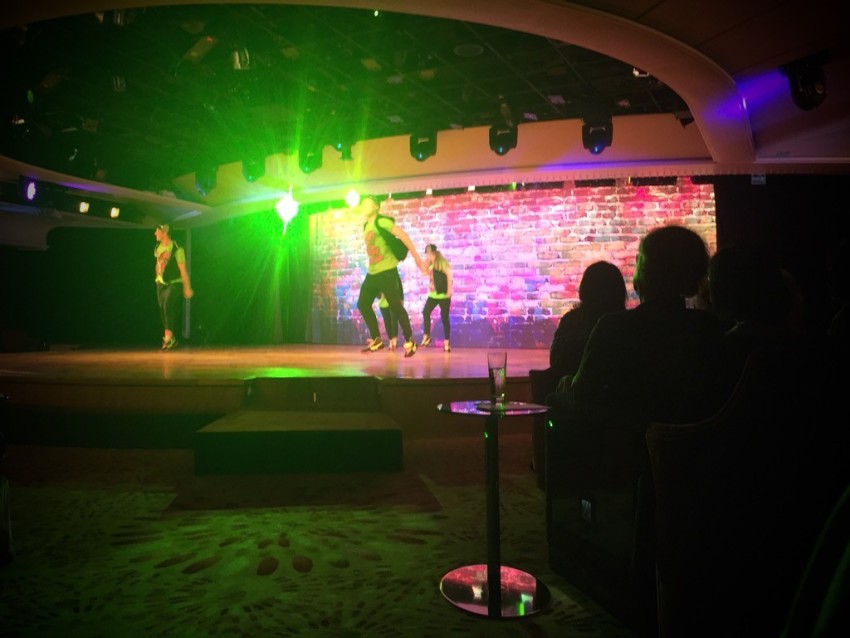 Crystal has what may be the best entertainment in the luxury segment. © 2015 Ralph Grizzle 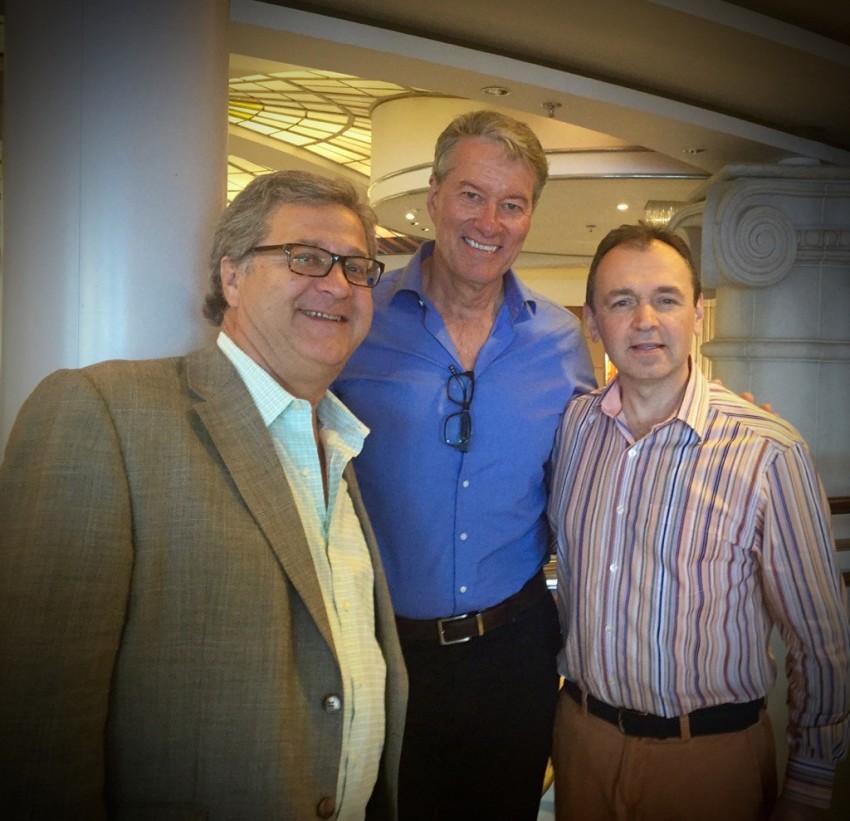 With me in the center, from left, Claudius Docekal, who heads up itinerary planning for Crystal Cruises, and COO Thomas Mazloum, who keeps the gears oiled and in motion on Crystal’s two – soon to be many – ships. © 2015 Ralph Grizzle 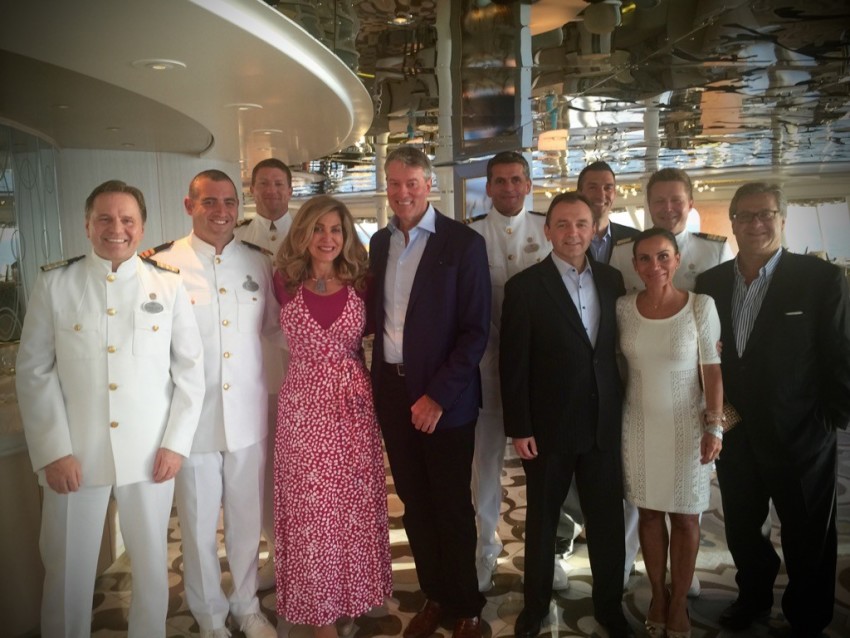 In the company of Crystal Cruises’ star-studded leadership. Congrats on a great Gala event honoring hard-working cruise sellers who strive to steer their clients toward life-enriching experiences. © 2015 Ralph Grizzle 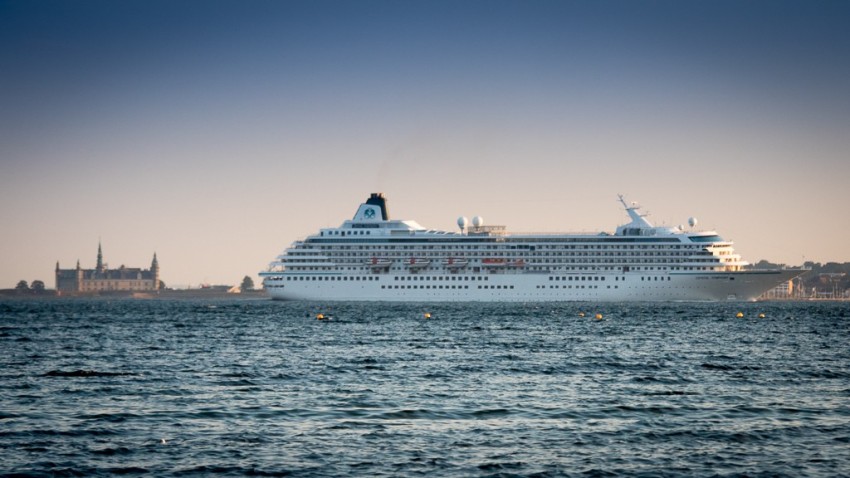 Crystal Symphony skirts past Hamlet’s Castle, across the sound from my home in Helsingborg, Sweden. © 2015 Ralph Grizzle 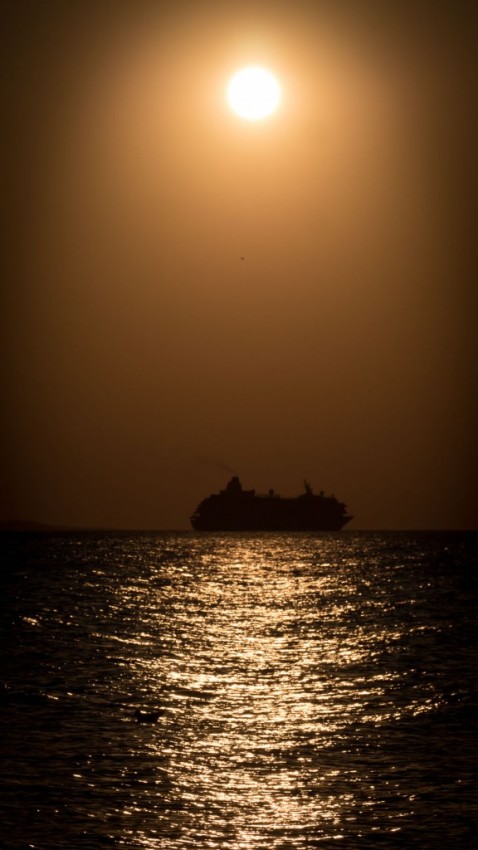 Into the sunset: From my perspective on the beach in Sweden, I watch Crystal Symphony as she heads toward Edinburgh, Scotland. © 2015 Ralph Grizzle

Share your thoughts on “Crystal Cruises Expansion, What’s To Come For The Next 25 Years?”