Discover Chic Copenhagen With Trans Am

Posted on August 4th, 2015 by Elizabeth Cody in Outposts

Copenhagen is a big city with the heart of a small town. Despite its metropolitan flair, with contemporary restaurants, nightlife, and attractions, the city retains its cozy atmosphere and easy navigability. The city has plenty of surprises waiting, and Trans Am will show you everything Copenhagen has to offer! 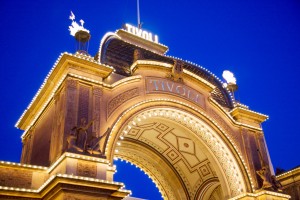 Built in 1843, Tivoli Gardens are more than just a presentation of flora: the park features roller coaster and other amusement park rides, carnival games, and various live performances. In the summer the Gardens offers free rock concerts from Danish groups, as well as the occasional international superstar: you’ll want to find your seat early. The roller coaster is over a century old, built in 1914 and suitable for all ages (but children must be accompanied by parents). In the evenings, fireworks light up the sky in rainbow bursts, and twinkling tiny string lights sparkle in the dusk, making this a must-see for romantics and couples.

If you’re looking to escape the oppressive bourgeoisie and find your inner peace, then you’ll want to visit the commune of Freetown Christiana. A social  experiment in alternative community living, Christiana was established by squatters in 1971, attracting other hippies, hipsters, and nonconformists from all over the world who believed in the concept of communal living and working environments. Before its settlement, the area was a 41 hectacre military camp, and when the original squatters took over police tried to clear the area but were unsuccessful. The “free town” is popular with tourists because of its eclectic atmosphere, complete with houses exemplifying the very definition of DIY, craft and beer shops, music venues, and small eateries, and its dedication to the environment.

Avid film lovers will not want to miss Cinemateket, Denmark’s Film Institute and cinema center. The Institute’s goals are to promote art and culture via the medium of film, and to promote awareness of Danish film not only in Denmark, but also across the globe. They screen over 60 films a month, many with English subtitles for those not fluent in Danish. Cinemateket also has a large library of TV and film literature, over 1500 titles of films for you to view, and a shop and cafe.

If you’re a lover of fine cuisine and Michelin stars, then Noma is what you’ve been waiting for all your life. Noma was voted the Best Restaurant In The World by Restaurant Magazine from 2010 to 2012, and again in 2014. Led by head chef René Redzepi, Noma uses only locally sourced Scandinavian ingredients to create incredible and complex flavors full of depth in their dishes. Tables are booked months in advance, but if your party has 4 or more, you’ll have a better chance of getting a table on short notice. 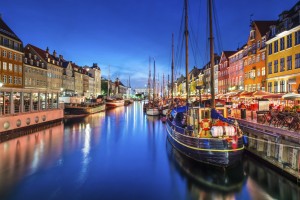 A Canal in Copenhagen

If you’re fascinated by Danish culture and history or just want to get started on learning, then you’ll need to take a look at the Nationalmuseet. This is Denmark’s National Museum, featuring exhibits and artifacts dating from the Stone Age in Denmark to modern times. Some of the most memorable exhibits include a 3500-year-old Sun chariot, Viking weapons, runes, medieval jewelry, the Inuit people, and bronze lurs (horns) that can still be blown. There is also a Children’s Museum for little ones, a Classical Antiquities section featuring Egyptian mummies, and a gift shop and cafe for relaxation.

Besides its arts, hip counterculture, and mouthwatering cuisine, Copenhagen offers some of the simpler pleasures for its visitors as well. The inner harbor of Copenhagen sports its own “harbor baths”, public swimming areas with an atmosphere not unlike a day at the beach. But if you’re looking for the real thing, the beach at Bellevue is only 10 kilometers away, a favorite with locals during the summer months and has its own freshwater showers. Just north of Copenhagen is Bakken, the world’s oldest amusement park at over 400-years-old, older than even the trees that surround it. Bakken has over 33 roller coasters, drop towers, Ferris wheels, and other rides, making it the biggest amusement park in the Scandinavian region.

Copenhagen has something for everyone, from the thrill seekers to the romantics, culture lovers to food critics, it’s all here in Copenhagen.

To learn more about Copenhagen and Trans Am Travel, visit them online at www.transamtravel.com.

Share your thoughts on “Discover Chic Copenhagen With Trans Am”