Five Great Alaska Ports That You’ve Never Been To | TravelResearchOnline

Five Great Alaska Ports That You’ve Never Been To

Posted on September 25th, 2015 by Ralph Grizzle in Deck Plans

Nearly every single cruise itinerary sailing to Alaska will call on the “Big Three” ports of call: Ketchikan, Juneau, and Skagway. Collectively, they represent some of the most well known locales in Southeast Alaska, routinely receiving hundreds of thousands of cruise ship passengers each and every summer. 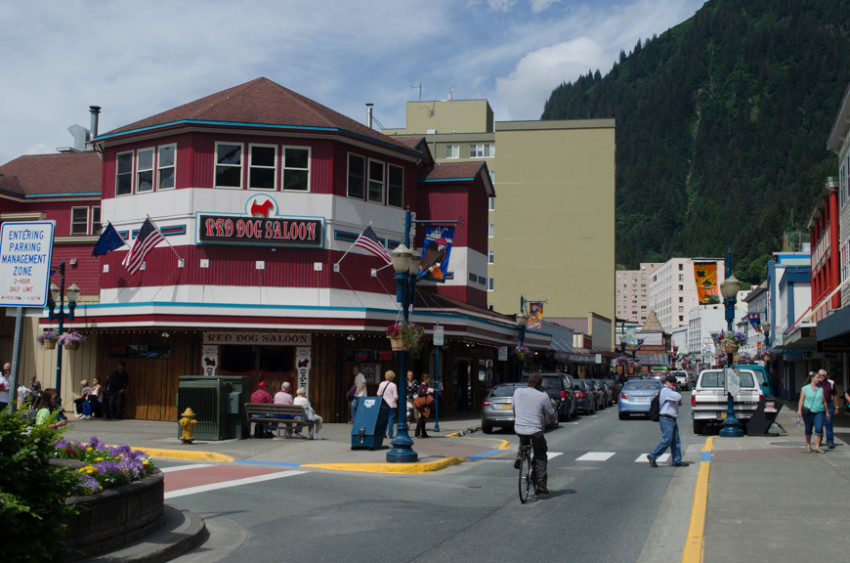 But some of Alaska’s most memorable ports of call are off the beaten path. Not every cruise line offers sailings to these ports, nor are you likely to see them together on a single voyage. Petersburg, for example, receives just a handful of calls per year, typically on small expedition vessels or smaller luxury cruise ships.

Of course, there are numerous small ports of call within Alaska, each of which offers their own unique take on Alaskan life. That’s the one fabulous thing about cruising to this state: No two ports of call are alike, and each is alive with its own individual personality.

Here are a few of the places we actively seek out on an Alaskan itinerary. 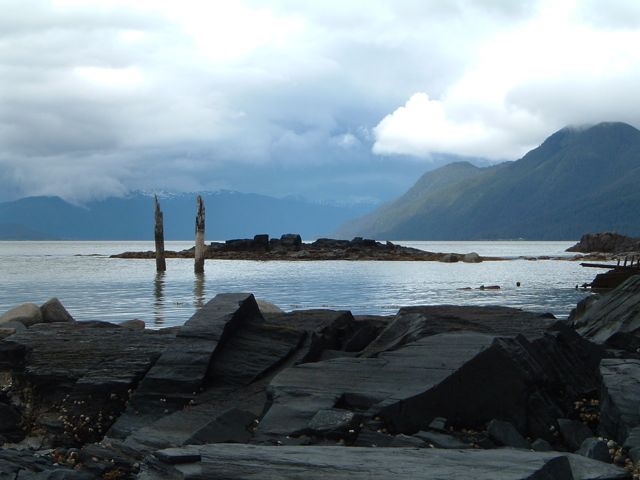 Without a doubt, Wrangell is hands-down one of our favorite Alaskan ports of call. A borough situated on the northwest corner of Wrangell Island that lies roughly halfway between Juneau and Ketchikan, Wrangell features but a single cruise dock that is literally located a block away from the town center.

With only a handful of streets, all of Wrangell can be easily explored on foot. You won’t find any Diamonds International outlets here, nor will you find the mega shop-till-you-drop experience here with t-shirts that change colors or precious gemstones on offer.

What you will find, though, is a quaint and cozy town that oozes authenticity and charm. Pop into the gritty local pub for a pint of Alaskan Amber, or go for a walk – the fabulous Petroglyph Beach is an easy 15-minute walk to the west of the cruise pier, and absolutely should not be missed.

Another must-see attraction is the Chief Shakes Tribal House. Your cruise line will probably offer you an excursion to this historic monument on Shakes Island. But if you prefer to do it on your own, the tribal house is located about 10 minutes walking distance to the east of the cruise pier, and was meticulously restored in 2012 after seven decades on this spot.

The bottom line? It’s hard to not fall in love with Wrangell. 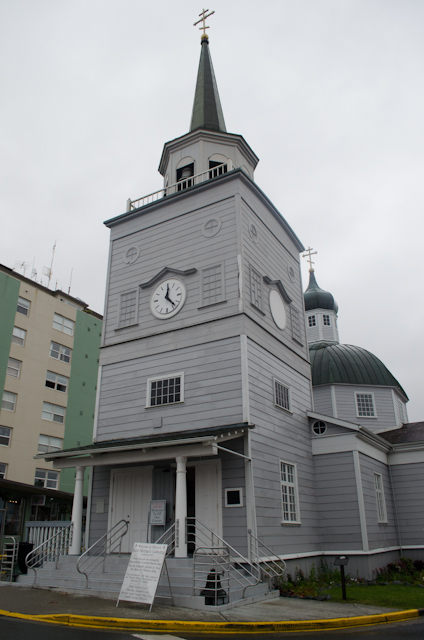 Sitka’s Russia Orthodox Church is one of the most iconic sights in the city, and reflects the long Russian history of the town formerly known as “New Archangel.” Photo © 2014 Aaron Saunders

Although Sitka is featured on a large number of Alaskan itineraries, an equally greater number of sailings never bother to call on this small town situated on the western side of Baranof Island.

Sitka was originally known as New Archangel until Russia sold Alaska to the United States in 1867. In fact, Sitka was the site where the Alaska Purchase was signed, and a full 22 buildings in the city appear on the National Register of Historic Places.

Because of its history, Sitka has a decidedly unique look and feel to it, with more than a touch of Russian influence in the design of St. Michael’s Orthodox Russian Church, which acts as a sort of de-facto landmark for the town center, since the city streets wrap around its perimeter.

Originally constructed in 1848, the church burned out in 1966 but was subsequently rebuilt on the same location using plans to accurately replicate the original structure. It opened in 1978 and has remained an icon of Sitka to this day.

Being situated so close to the open expanse of the Pacific Ocean means that there’s a good chance it could rain during your visit to Sitka – but don’t let that put you off from exploring this highly walkable little town. 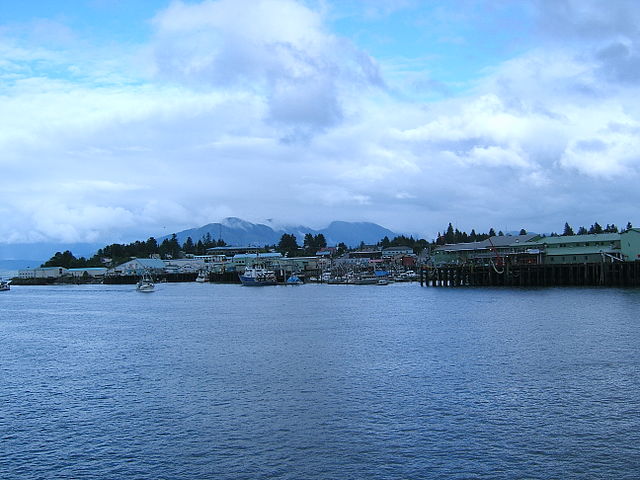 A favorite for most who have been there, Petersburg is located just north of Wrangell and in 2013 had a population of slightly more than 3,000 inhabitants. Big mainstream cruise ships don’t call here, so Petersburg is the exclusive domain of small, expedition-style ships, though the occasional luxury vessel calls from time to time.

Because Petersburg doesn’t get the enormous mega-ships visiting town, the experience ashore here is uniquely and authentically Alaskan. Wilderness treks are easy to come by, as are wildlife and nature excursions, not to mention strolling through a town where you are truly treated as one of the locals.

You may not be able to get here on a big ship, but it’s worth seeking out a voyage on a smaller expedition ship just for the privilege of being here. 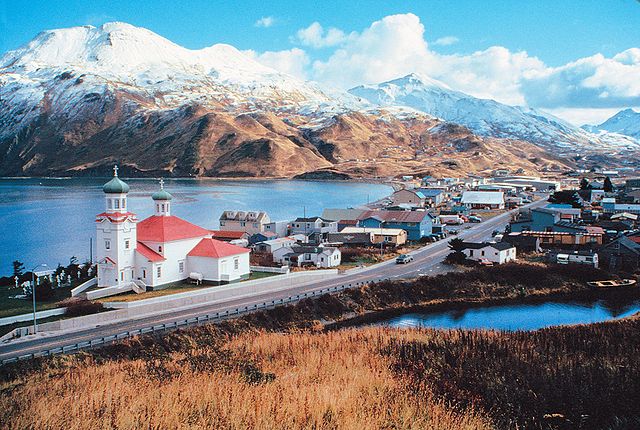 If you’ve watched the Discovery Channel special Deadliest Catch, chances are good that you’ve seen Dutch Harbor before. Though it’s referred to as Dutch Harbor, the town’s name is actually Unalaska, derived from the original Aleut name Ounalashka, or “near the peninsula.”

Due to its extreme westerly location, Dutch Harbor is most frequently included on transpacific itineraries travelling from Vancouver to Pacific destinations like Tokyo or the reverse. The vast majority of Alaskan cruises do not call here, but a few voyages (typically longer journeys operated by luxury or expedition vessels) do call on this famous fishing port from time to time.

So what do you do here? Well, not much. The entire point is to visit one of Alaska’s most remote communities. Tourism here has increased since the Deadliest Catch began airing a decade ago, and interest in the town has ballooned in recent years. Unalaska is one of the busiest fisheries port in the United States in terms of volume caught, and leads the way in the production of fish biodiesel.

If you’re looking to visit an Alaskan port that is off-the-beaten-path, Dutch Harbor is most certainly that. 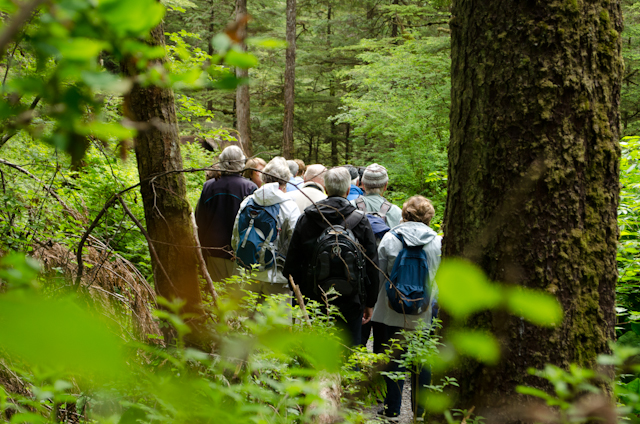 It’s true: Prince Rupert is not in Alaska at all, but rather in the Canadian province of British Columbia. But it finds a place on many cruise itineraries to Alaska, just like the Inside Passage – which is also situated primarily in British Columbia.

Unlike most of the ports of call on this list, large mainstream cruise ships do call on Prince Rupert from time to time, though admittedly not in the numbers the town was seeing a decade ago.

For cruise passengers, Prince Rupert offers plenty to do. Once again, the plethora of tourists and ships that invade places like Juneau just don’t exist here. Retailers are local and quite a few offer up locally made, or Canadian-made goods. There’s still plenty of souvenirs to be bought here, including our favorite T-Shirt: “Prince Rupert: A quaint little drinking town with a fishing problem.”

Also noteworthy are the beautiful sunken gardens that exist approximately five minutes from the cruise pier, and the Butze Rapids Park that features numerous trails that can be explore through British Columbia’s spectacular old growth forests.

Cruise ship traffic is slowly beginning to return to Prince Rupert after a multi-year downturn, making a future call here on your next Alaskan cruise all the more likely.

Do you have a favorite off-the-beaten-path Alaskan port of call? Let us know.