Journey To Captivating Havana With Holidays With Downtown | TravelResearchOnline

Journey To Captivating Havana With Holidays With Downtown

Posted on October 13th, 2015 by Elizabeth Cody in Outposts

The original vacationer’s dream, Havana charmed many a traveler in its heyday before the Communist revolution in the 1950’s. With travel restrictions on US citizens easing and relations between the two countries warming, Cuba is poised to reclaim its title as one of the hottest Caribbean travel destinations. Havana, its capital city, is already getting out her best dress for new visitors, made of salsa dancing, vintage cars, and a survivalist spirit found nowhere else. Let Downtown Travel be your guide to this mesmerizing Caribbean paradise. 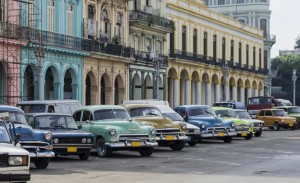 Like much of the Caribbean, Havana has a warm and humid tropical climate, resulting in warm temperatures for much of the year, seldom dropping below 50° F. The rainy season falls from June to October, receiving almost 20 inches of precipitation; conversely, the driest part of the year is between December to April. Hurricanes occasionally make landfall on the island, but Havana usually receives significantly less damage than other parts of the island.

Cuban cuisine is well known internationally for its complexity and comforting properties in dishes such as moros y cristianos (black beans and rice), yuca (a root vegetable similar to a potato), and tamales (beef or pork filling spooned into a corn dough and steamed in corn husks). Spices hale from Africa, Spain, and the Caribbean, painting a culinary picture of the diverse ethnicity of Cuba. Guava is a popular fruit and is often served as a dessert in candied syrup along with pungent sheep’s-milk cheese. Food stalls and restaurants take Cuban pesos with many items such as ice cream only 1 peso ($0.04), and pizza or sandwiches around 20 pesos ($0.80). Try to stick to stalls and mid-range restaurants, as more expensive restaurants tend to charge high prices for food of mediocre quality. 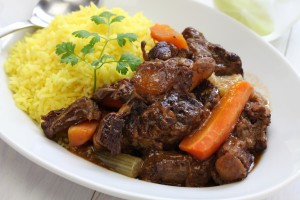 To immerse yourself in the heart of Havana, take a stroll down the delightful Malecón thoroughfare. A favorite meeting places for artists and romantics, the Malecón originally indulged the epicurean middle class of Cuba at its construction in the early 1900’s, the boulevard expanded during the next 50 years until it reached an unbelievable 8 kilometers. This is considered the center of Bohemian Havana, where the entire city comes together from all classes to mingle, laugh, and debate.

Havana is home to one of the largest cemeteries in both American continents, the Necrópolis Cristóbal Colón, a favorite with travelers despite its morbid overtones. The elaborate marble statues and architecture of the different tombs and crypts provide a fascinating look into Cuba’s history, including prominent residents such as General Máximo Gómez, La Milagrosa, and Eduardo Chibás, who helped lead the way for Castro’s eventual leadership of the country.

One of the sights many insist a traveler must not miss during their visit to Cuba’s capital city is the Plaza de la Revolució, built in 1920’s by French architect Jean Claude Forestier as the center of Havana’s “new city”. This is the same square where Pope John Paul II held mass in 1998 in which one million Cubans (one-tenth of the country’s total population) crammed into the square to hear the pontiff’s address. The square features a monument to Jose Marti and Che Guavera, prominent visionaries in Cuba’s revolution and inspiration for Fidel Castro’s regime. The square is very popular, so arrive either early in the day or in the evening to avoid the heavy crowds.

For more information on Havana and Holidays with Downtown, visit them online at www.holidayswithdowntown.com.