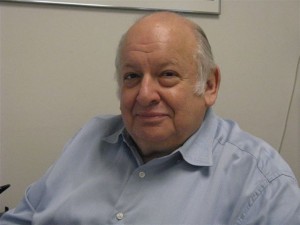 Arthur Berman has worked in no other industry but travel his entire working life. The third generation of travel professionals after his Grandfather and Father, when other kids were off to camp for the summer, Arthur would sit in his father’s office and write out airline and steamship tickets, work the teletype machine or mimeograph, essentially whatever needed to be done around the office.

In the 1960’s Arthur worked for Astral Travel, handling the Metropolitan Opera Companies travel as well as their National Opera Company. In the 1970’s he moved on to the Israel market for Global of London before opening his own company with a partner called Vacation Travel Concepts, which opened up Rio de Janeiro to the mass tourism market by having weekly charters.

In the early 1980’s during the high season (December thru April) the company moved approximately 4,000 passengers per week to Rio on Charter starting at $399 for a 7 nights stay, including round trip air and 7 nights Hotel accommodations, daily breakfast, and sightseeing.

VTC also chartered a 1200 passenger ship from Epirotiki Lines named the Pegasus, brought it to Brazil, and ran 10 & 11 night trips from Bahia, Brazil down to Buenos Aires, Argentina and back.

When the crime in Rio escalated and Americans stopped visiting in the 1990’s, Arthur took over a company called Moment’s Notice which was a last-minute discount travel Company selling the unused inventory of cruise lines and major operators. Unfortunately Sep. 11th put an end to that business, and Arthur worked for Central Holidays setting up their partnerships with the consortiums. In 2009 he joined Isramworld and ran the South America division called Latour and introduced Cuba into their offerings.

In May of this year Central Holidays convinced him to come back and build a South America Division, including Cuba. And, as they say, that’s the story.

Travel Research Online (TRO): Normally I ask what motivates someone to pursue a career in the travel industry, but as the third generation in a family of travel professionals, the motivation is pretty clear. Instead, I’d like to know what made you stay in the field? Why didn’t you break away into another field of work?

Arthur Berman (AB): To tell you the truth I have never once contemplated leaving the travel industry. I have always loved this business!  Through its ups and downs I have basically just about seen and experienced it all. It’s hard to imagine today what it was like back in the fifties: no fax machines, no computers, no jet aircraft,  no instantaneous communications to anywhere in the world, no cell phones etc.. But there was the “Romance of Travel”, a different age, where Europe was five days away on a magnificent floating city. It was a time when “Getting there was truly half the fun!” I guess you could say the magic of our business got into my blood and I didn’t want to do anything else. Here I am 55 years later and still loving it.

TRO: Tell us about your day-to-day role at Central Holidays.

AB: Putting together a 148 page brochure covering 14 Latin America Countries, as well as 24 page brochure on Cuba has been an all-consuming project for the past four months. Well, the brochures have been printed and are now being distributed to agents throughout the Country.

My day-to-day role will now encompass being in touch with the Government Tourist offices, the DMC’s, hotels, airlines and cruise lines of all the countries with which we work. Together with all of our suppliers, we will in the next 12 months launch a plethora of marketing plans to ensure that our clients, the Travel Agents, are kept constantly aware of all our varied programs.

TRO: How has the recent warming of relations between the U.S. and Cuba changed the South American travel landscape, in your opinion?

AB: To begin with, Cuba has become one of the most requested destinations of the year. The problem, of course, is there just not enough inventory available in Cuba. Hotels in Havana are basically sold out through December of 2016. Luckily, Central Holidays had the foresight to reserve hotel space thru 2017 so we can handle any and all business that comes our way.

I have always called South America “The Sleeping Giant” of our industry. American’s have traveled in mass numbers, traveling East to Europe and the Middle East and then West to the Orient to India. Traveling South, however, has never really caught on in great numbers. Cuba will help change that in the respect that with all of the security problems in Western Europe, people will really begin to focus more attention on South America. With the Rio Olympics this coming summer, we will see a very large consumer interest in Brazil which will spread throughout South America. Take my word for it, the “Sleeping Giant” is stirring and will awaken sooner than we think.

TRO: What can agents expect when they book their clients with Central Holidays?

AB: Speaking for the South America division. we have top “Destination Specialists” who know Latin America like the back of their hands. One of them actually lives and works from his home in San Jose, Costa Rica who would, as you expect, be our expert on Central America.  We also have working in our division two Brazilian ladies who are, of course, experts on South America. They are all there to help the travel agents plan and deliver a never to be forgotten vacation for their clients.

TRO: What programs or services of Central Holidays do you wish agents were more aware of?

AB: All of the programs in our Latin America brochure are guaranteed departures; that’s GUARANTEED whether we have 2 passengers or 22!  Our Cuba programs have space available thru 2017…

AB: Without a doubt it’s Rio de Janeiro, one of the most beautiful cities in the world. It has some of the most magnificent beaches in the world, Copacabana and Ipanema, as well as world-renowned sites (The Statue of Christ the Redeemer and Sugarloaf), fantastic food, and beautiful and friendly people. What more could you ask for?

TRO: What is on the horizon for Central Holidays?

AB:  Our CEO Gianni Miradoli has greatly diversified the product line for which Central Holidays has been known for the past 43 years, namely Italy and Europe.  He has introduced new destinations such as South America & Cuba, as well as South Africa and returned to old destinations that were on hold for political events like Croatia. He has created a brand new line of products such as Cycling, Hiking, and Trekking tours under our new brand “Outdoor Journeys”, which is topped off with our ski offerings. Last but by no means least, we have launched our high-end, fully customized and tailor-made travel itineraries with “Journeys by Central Holidays”. Finally, we have created a new brand cooperation with Costa Cruises, “Costa Cruises Tours by Central Holidays” which  packages pre-land tours and cruises which give a different perspective to cruise lovers.  The future also holds the possibility of Central Holidays expanding its scope into Asia.

For more information on Arthur Berman and Central Holidays, visit them online at www.latinamerica-vacations.com. or call their toll free number at 800-539-7098