Posted on January 29th, 2016 by Ralph Grizzle in Deck Plans

Baltic Sea cruises are among my favorite. From the opulent palaces of the Tsars in St. Petersburg to Stockholm’s breathtaking harbor and Copenhagen’s spectacular Tivoli Gardens, few cruising regions offer such diverse treasures as the Baltic. Best of all, most ships dock in the center of the cities and towns, allowing you to hop off and explore on your own.

You’ll find short descriptions below of the major ports of call on Baltic cruises. You’ll find much more, however, as you drill down. If you are cruising from Copenhagen or Stockholm, be sure to see Two Perfect Days for advice on how to get the most of  your stay for a couple of days before or after your cruise.

Founded in 1703 by Peter the Great, St. Petersburg is among the most beautiful cities on earth. The baroque Winter Palace known as the Hermitage boasts more than 1,000 rooms and 8,000 paintings.

The “City That Floats On Water,” Stockholm sits on 14 islands, with meandering shop-lined streets, palaces, and parks. Don’t miss the Vasa Museum, housing a royal flagship raised from the harbor more than 300 years after she sank in 1628.

Copenhagen is chock full of attractions, including Stroget, Europe’s longest pedestrian shopping street and the dazzling display of the Danish crown jewels at Rosenborg Castle.

Helsinki’s marketplace, next to the ship terminal, is a colorful introduction to this city. Attractions are a short ferry ride away, including the “Gibraltar of the North,” Suomenlinna Fortress, which has guarded the entrance to the city for 200 years.

These are just a few of the attractions that you won’t want to miss on Baltic cruises. From fjords to majestic cities, Baltic cruising offers an immensely satisfying cruise experience.

Where In The World? 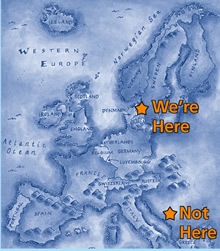 Take your desktop globe for a spin or pull out your atlas and cast your eyes on Europe. Look north, not south, to find the cruising region known as the Baltic. Even experienced travelers sometimes confuse the Baltic with the Balkans. The two regions could not be more different.

The Balkans are comprised of countries (such as Yugoslavia, Greece, and Turkey) on the Balkan Peninsula. The Baltic cruising region refers to the Baltic Sea, which stretches from southern Denmark to near the Arctic Circle and covers about 149,000 square miles.

Since most Baltic cruises sail between the months of May and September, you’ll experience Northern Europe’s mild, pleasant weather, endless summer days (thanks to the northerly latitude), white nights and the phenomenon of the Midnight Sun.

Where can I stay before or after my cruise?

If you’re fortunate enough to begin or end your cruise in Copenhagen or Stockholm, tack on at least two additional days (three or four is optimal) to the beginning or end of your cruise. There’s a lot to explore in these Scandinavian capitals, and if you’re making the haul across the Atlantic, then why not make the most of it?

What should I expect on a Baltic cruise?