Discover Colorful Auckland with Down Under Answers | TravelResearchOnline

Discover Colorful Auckland with Down Under Answers

Posted on January 26th, 2016 by Elizabeth Cody in Outposts

New Zealand has earned a reputation in the past few decades as a truly mesmerizing visual backdrop for some of the most epic films ever put to screen; but many neglect to explore the cities, the urban areas of New Zealand, full of the same natural beauty and more. One of these incredibly cities is Auckland, a city full of history, culture, and just as much heart-stopping flora and fauna as you could dream of in the countryside. Down Under Answers is your ticket to exploring this amazing city filled with color and surprises around every corner. 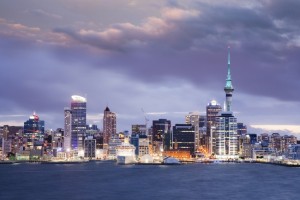 Originally functioning as New Zealand’s first rehabilitation center for alcoholics for over 94 years, Rotoroa Island underwent a major renovation in 2009. Thanks to the contributions of local New Zealand philanthropists, the island is open to the public with new amenities, facilities, and accommodations. This arts and conservation estate has an immersive activity for absolutely everyone, including exploring heritage buildings, energizing bush walks, and run along the island’s many beaches. Be aware, however, that because Rotoroa is a sanctuary for many endangered and rare animal species, pets are not permitted on the island; Fido is going to have to sit this one out.

For more outdoor fun in one of the most magnificent and scenic landscapes on the planet, no visitor could possible miss the Auckland Domain. This 80 hectacre park is the oldest and largest in Auckland and contains one of Auckland’s major attractions, the Auckland War Memorial Museum, as well as coffee kiosks, cafés, and gorgeously sculpted gardens, all sitting in the remnants of the volcano Pukekaroa. A truly tranquil spot is the duck pond in the northern part of the crater, with a small trickling overflow stream where you can sit and enjoy the soft bubbling of the water. At the top of the peak is a single totara tree, honoring the first Maori king of New Zealand. 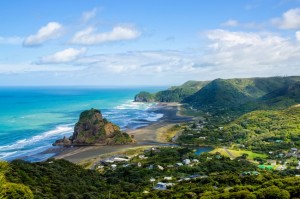 [/media-credit] One of the many beaches in Auckland

New Zealand’s first museum, the Auckland War Memorial Museum traces the military history of New Zealand back all the way to 1852, at its founding in a farmer’s cottage (that same cottage is now where the University of Auckland is located). The actual museum was constructed in the 1920s as a memorial to those who lost their lives in combat, and the architecture is styled in a Greco-Roman style (considered by many to be one of the finest examples in the Southern Hemisphere). Two Halls of Memory in the museum list the names of those from Auckland who were lost in both the First and Second World Wars, as well as recreations of tombs and cenotaphs.

A significant memorial for the native Maori people and all New Zealanders, One Tree Hill is at the cone of a volcanic peak. The hill gets its name from the “one tree” stump left near the grave of John Logan Campbell. A Scottish immigrant, he is considered the “Father of Auckland” after he gifted the land to the city with the request that a memorial for the Maori people be built. The memorial would not be built for 30 years, both because of the meddling of officials and the request of Maori officials who did not wish to have a memorial built during a time of war. Near the grave and memorial are Cornwall Park, part of the land donated by John Campbell that is a stunning and peaceful park, and Acacia Cottage, where Campbell lived with his business partner William Brown and his family.

For more information on the city of Auckland and Down Under Answers, visit them online at www.duatravel.com/explore-auckland.

Share your thoughts on “Discover Colorful Auckland with Down Under Answers”