Incredible Crete: A Must For Every Avid Cruiser’s Bucket List | TravelResearchOnline

Incredible Crete: A Must For Every Avid Cruiser’s Bucket List

Posted on January 8th, 2016 by Ralph Grizzle in Deck Plans

Of all of the places I visited this year, Crete certainly ranked in the upper echelons of favorite places. Traveling for a week in Crete with my trusty colleague Chris Stanley, I found myself wondering how I could have missed such a great destination for all of the 57 years that made up my life prior to my birthday in October, the month I visited Crete. Why I had not gotten here sooner eluded me to no end. 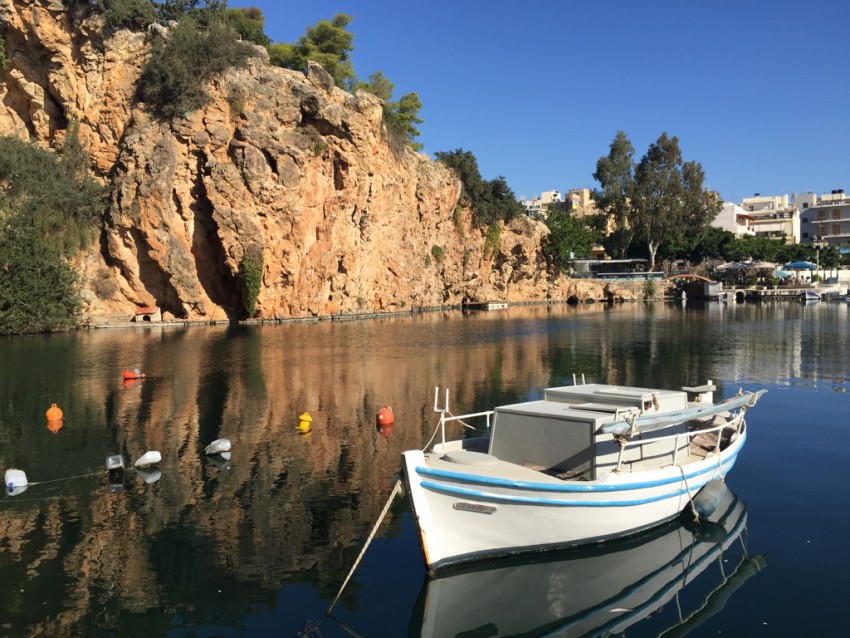 [/media-credit] The small lagoon, known as Lake Voulismeni, was beautiful on the morning we visited Agios Nikolaus on the island of Crete.

That’s because Crete appears to have everything that travelers are looking for. The island is the largest in Greece, spanning about 160 miles from east to west. It’s skinny, however; only 7.5 miles across at its narrowest point and 37 miles across at its widest point. Mountains soar to heights of more than 8,000 feet, and Crete’s many valleys and gorges are stunning sights to behold. 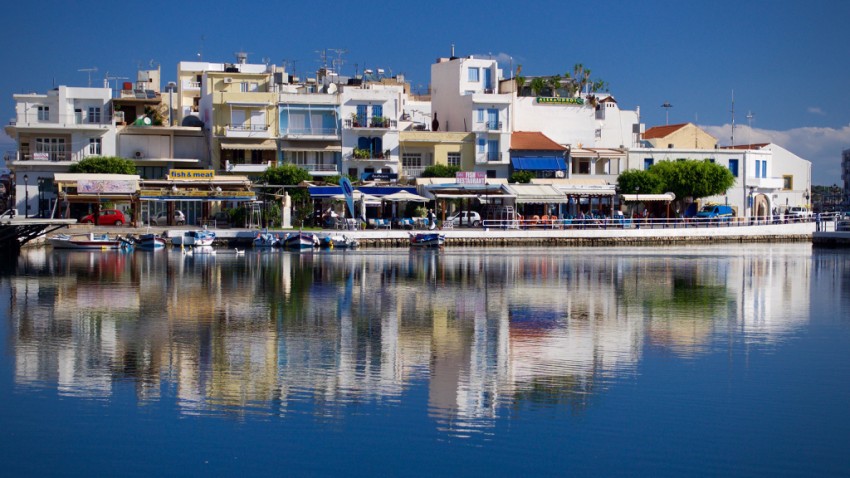 Then there is the food – most of what passed our palates was harvested from the island – and the people: wonderful, warm and welcoming.  We disembarked Seabourn Sojourn on a Sunday in Agios Nikolaus, a charming village with Windex-blue lagoons and cozy seaside cafes. This was our last port of call. As Sojourn set sail, we waved good-bye and hopped in a rental car to drive for nearly three hours to reach Chania, a small town that sits at the other end of the island. 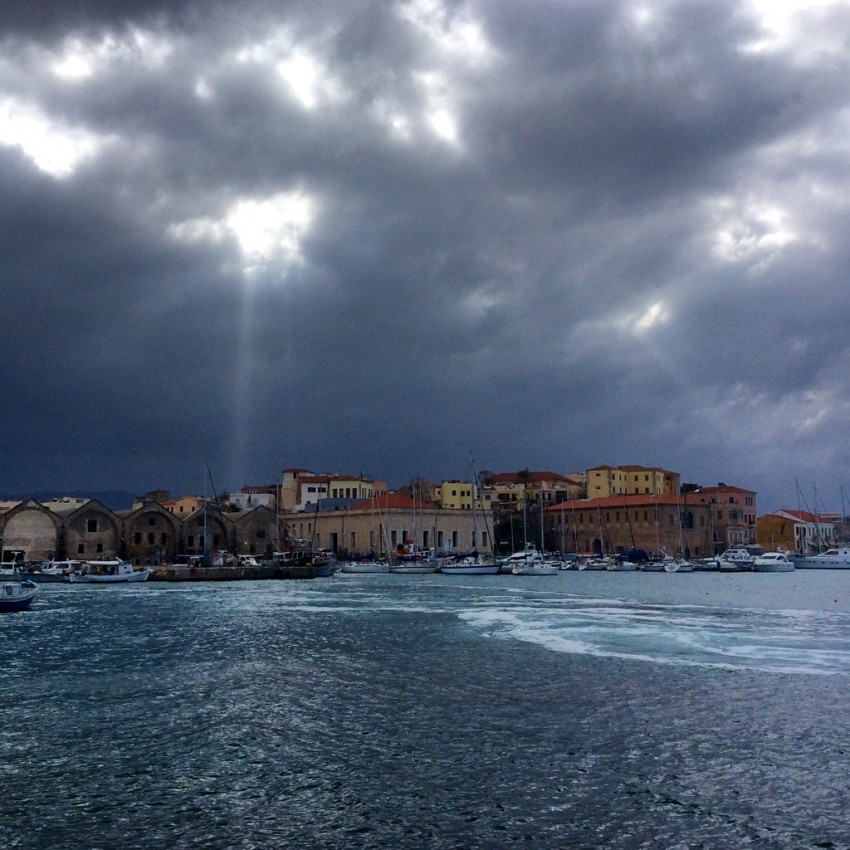 Storm clouds give way to sunlight in Chania on the island of Crete.

Chania  is situated on an old Venetian harbor bordered by outdoor cafes and historic sites. Even in late October, the weather was warm and the sea calm, except for a brief storm one afternoon during our two-night stay. We wandered the streets, visited the local market, and sat for long lunches by the sea. Why, indeed, had I not gotten here sooner? 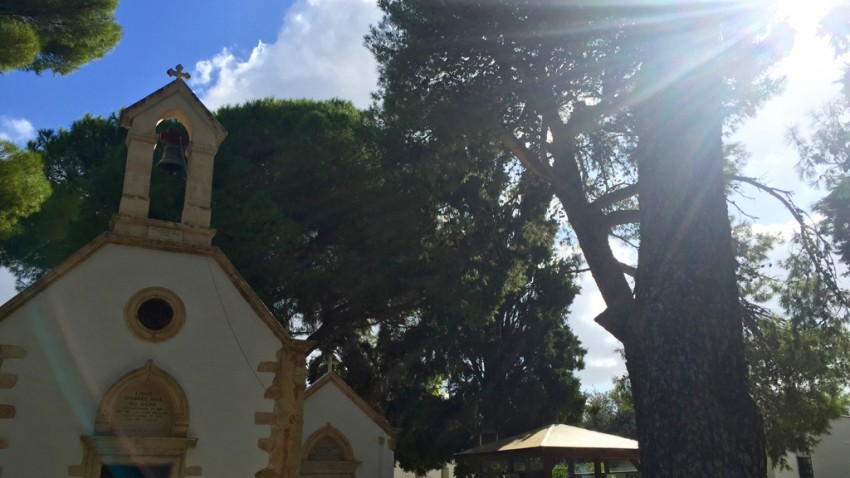 One of the more fascinating places we visited while in the Chania area was the Arkadi Monastery. Nearly 150 years ago, the monastery played an important role in the Cretan resistance to Ottoman rule. In 1866, nearly 1,000 Greeks locked themselves in an arsenal and blew up barrels of gunpowder to sacrifice themselves rather than surrender to Ottoman soldiers who were pounding at the doors. 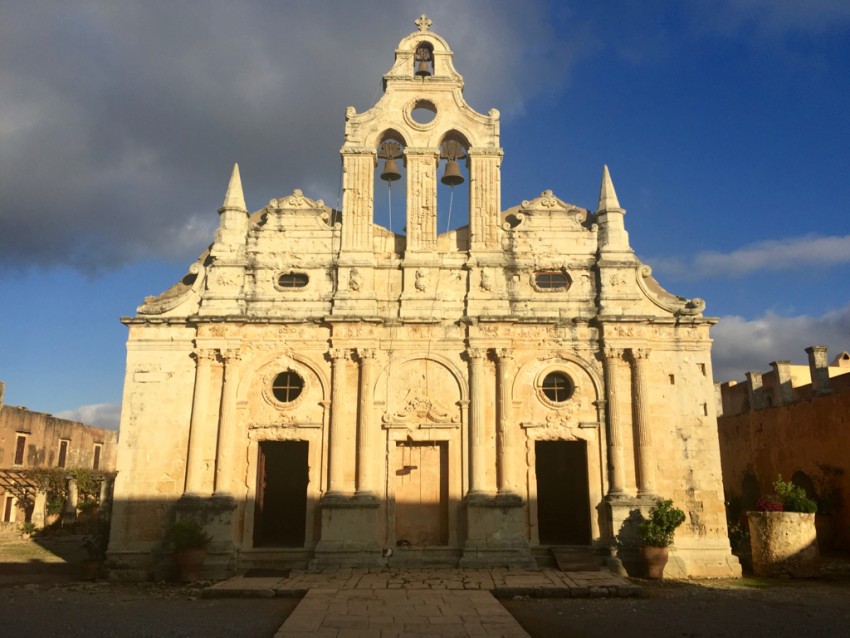 [/media-credit] In 1866, nearly 1,000 Greeks locked themselves in an arsenal situated behind the church and blew themselves up rather than give in to the Ottomans who were attacking the monastery.

The people of Crete were as intriguing as their beloved island. I found them to be kind and with a sense of humor. The monk in the photo below asked me, of all things, if I liked RoboCop. Truth be known, I do. 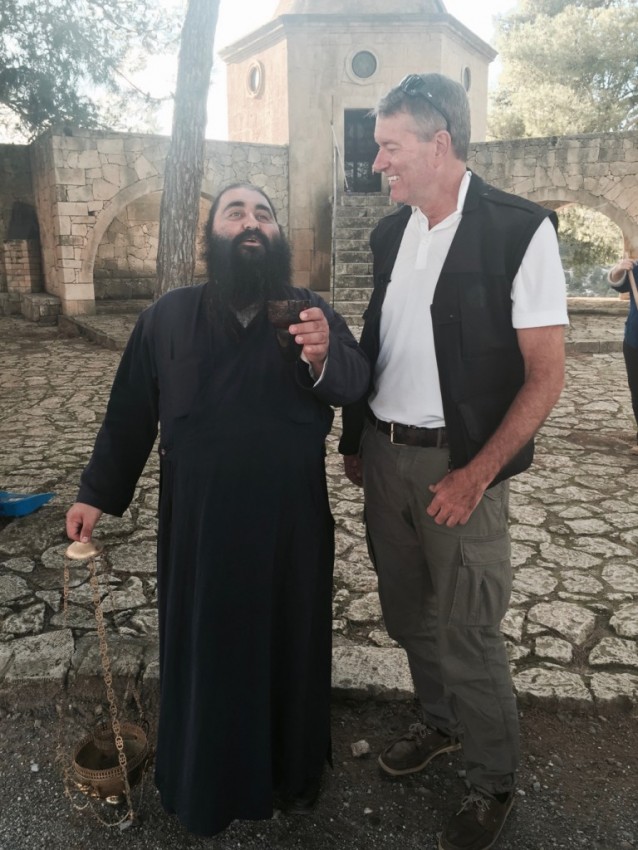 [/media-credit] A delightful monk welcomes us at Arkadi Monastery, a place that played an important role in the Cretan resistance to the Ottoman rule. “When are you from?” he asked. America, I responded. “Do you like RoboCop?” I was surprised by his question but answered, “Yes, I do.” “Me too,” he said.

Then there was Kostas, back in Agios Nikolaus. We stayed at a hotel that he and his wife ran. As we were leaving at the end of our stay, he pulled out his accordion and played a few songs for us, while he and his wife sang lovely Greek ballads. I’ve been accused more than once of wanting to live in every place that I visited. Of Crete, I can only say, “Guilty once again.” 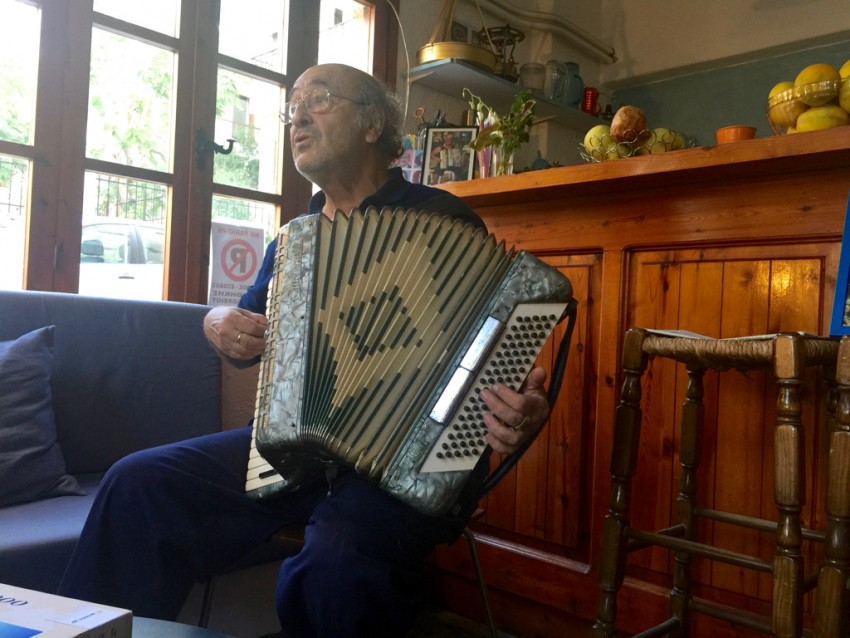 Our host at Mantraki Hotel Apartments in Agios Nikolaus on the island of Crete. Kostas told us that he has played the accordion, the same one pictured here, since he was a child. He played for us on the day that we left Agios Nikolaus.

One thought on “Incredible Crete: A Must For Every Avid Cruiser’s Bucket List”