In January north of the equator, it’s not surprising that it’s cold outside. When it snows the phone rings, and the email inbox implodes. Clients want out. They want to cruise “somewhere warm.” Are you running into the same issues that I’m seeing? I’m getting calls and emails from clients wanting out NOW. They want last minute cruises to warmer destinations south of here, but they have been shocked (possibly disappointed is a better word) by the lack of cutthroat low-priced, last-minute deals. They are surprised to hear sailings are sold out, or the room category they want is sold out or outrageously priced. END_OF_DOCUMENT_TOKEN_TO_BE_REPLACED

Working under the influence
by Susan Schaefer

Recently I had knee surgery. As a big proponent of having emergency plans and back-ups in place, I arranged to have someone back me up for the four days I was in the hospital. What I didn’t plan for, was having someone continue to back me up for the weeks following surgery. I honestly didn’t think it was necessary. After all, I was going to be house-bound with nothing better to do. I re-arranged the bedroom and set up a mini-office on my nightstand. All of my electronics were within arms’ reach or a short hobble across the room. So why would I need to have a back-up in place once I got home? One word—narcotics. END_OF_DOCUMENT_TOKEN_TO_BE_REPLACED

How to Create Shareable Social Content in Less Time
by Catherine Heeg
January 21, 2016

Do you have plethora of photos?

What about a variety of videos?

How about a bunch of blogs?

What do we do with it all?

For many of us in the travel, tourism, and hospitality world we have bits and pieces of content floating around, waiting to be pulled together into shareable content. This re-worked content can take on new life and can live in a variety of different social and traditional marketing campaigns. END_OF_DOCUMENT_TOKEN_TO_BE_REPLACED

With over 27 years’ experience, Journeys Connect is a privately owned wholesale tour operator offering group and specialty vacation packages to destinations throughout Europe. Our dedicated team works to understand as much as possible about your customers’ goals and needs, and are committed to delivering excellence in product, value, and destination knowledge.

Even Eagles Need A Push: A New Vision
by Mike Marchev

“The method of the enterprising is to play with audacity and execute with vigor.”

Even Eagles Need A Push by David McNally, page 129

When I read this phrase and found myself highlighting it, the word ENTHUSIASM shot through my head. END_OF_DOCUMENT_TOKEN_TO_BE_REPLACED

Friends and Family – Stop the abuse!
by Anita Pagliasso
January 20, 2016

You finally made the decision to go into the travel industry. You want to be a home-based agent, so now you have to think of ways to promote yourself. Hmmm, to who and how? Of course, your first thought is “I’ll send a letter to all of my friends and relatives. I know that they all travel and now I can let them know that they will have a ‘friend in the travel business’”. How exciting! Piece of cake!

Not always… All too often these friends and loved ones become our biggest abusers and constantly try to take advantage of our knowledge and time. END_OF_DOCUMENT_TOKEN_TO_BE_REPLACED

National Transaction Corporation was founded in 1997 to help businesses of all sizes with their cash flow. The goal was to make any transaction as effective and efficient as possible. The mission was to make digital transactions reliable and simple to the merchant while still being familiar to the consumer, reducing the complexity and expense to both.

With over 15 years in the industry, National Transaction has gained the experience necessary to integrate payment services with a vast range of cash registers, point of sale systems, accounting, and software applications, booking and reservation systems, and many other configurations. Our free rate review offer along with no setup or cancellation fees reduces any business risk or commitment. END_OF_DOCUMENT_TOKEN_TO_BE_REPLACED

Even Eagles Need A Push: Defining Your Mission
by Mike Marchev

“People perform at their best when contributing their talents to something they believe in.”

Even Eagles Need A Push by David McNally, page 95

There are three questions that need addressing if you are going to reach the top of your game.

(3) Why do you do what you do? END_OF_DOCUMENT_TOKEN_TO_BE_REPLACED

The Costa Rican port of Puerto Limón is much like the tropical country itself, filled to the brim with lush landscapes, flora, and fauna. This favorite cruising port for passengers traveling through the Panama Canal has seen Christopher Columbus, Spaniards, and pirates grace her shores, and ShoreTrips will take you to see it all.

END_OF_DOCUMENT_TOKEN_TO_BE_REPLACED

Even Eagles Need A Push: Self-Appreciation
by Mike Marchev

“You must understand that your journey through life is special. The twists and turns and detours have made you what you are today.”

EVEN EAGLES NEED A PUSH by David McNally, page 64

I am sure you already beat me to this message.

Translation: “What doesn’t kill you makes you stronger.” END_OF_DOCUMENT_TOKEN_TO_BE_REPLACED

Boomerang Escapes- A life built on passion
by Lisa Rossmeissl

Where should I begin?   A life as a travel consultant was certainly not something I ever dreamed of as a little girl. A flight attendant, yes! However, in my day they had very strict physical requirements and being only a whopping 5-foot tall… well, a life in the “Friendly Skies” was out for me. Now owning or running a company, that was a dream.

I was always inspired by my father. You see, by the time I landed here outside of Memphis, TN, I had already moved 19 times, and Tennessee made my 9th state.   END_OF_DOCUMENT_TOKEN_TO_BE_REPLACED

“It seems there is no tougher challenge than to accept personal responsibility for not only what we are, but also what we can be.”

Even Eagles Need A Push by David McNally, page 10

When I read this statement, I immediately remembered a quote from the movie actor and producer Woody Allen, who said he “had accomplished many fine things in his life, but he managed to come up short on a number of occasions. What he did not accomplish was nobody’s fault but his own.” END_OF_DOCUMENT_TOKEN_TO_BE_REPLACED 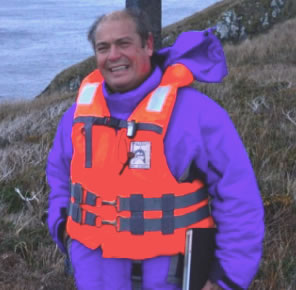 Jorge Rodriguez, the North American Director of Australis, was born in San Juan, Puerto Rico. Fluent in Spanish, English, French and Portuguese, Jorge attended Mercer University in Georgia, where he a Bachelor of Science degree in Physics and Mathematics, and then an MBA in Marketing and Finace at the University of Connecticut.

Jorge was employed as a Management Associate at the Otis Elevator Company before moving into the travel industry as an Account Executive for United Airlines in 1995. He later started Adventure South America before taking on Australis as his main client and he acts as their North American Director. Since then he has helped launched three new ships and directed all of the company’s marketing efforts.

Pat Sajak owns a local radio station in my hometown, and I caught his piece this week talking about how the word “like” permeated a recent interview he did. Like the interviewee was like really like using the word “like” like an awful lot. Sajak said that “like” may have surpassed “uhm” as the crutch word for today’s generation. This got me to thinking about words and how important they are in today’s business climate.

My girlfriend and I got into a discussion on this as well. We were comparing the experience between buying a chicken sandwich at McDonalds, versus one at Chick-Fil-A . Night and day. END_OF_DOCUMENT_TOKEN_TO_BE_REPLACED

The One Thing: Live for Productivity
by Mike Marchev

“Productivity isn’t about being a workhorse, keeping busy or burning the midnight oil… It’s more about priorities, planning, and fiercely protecting your time.”

The One Thing by Gary Keller, page 156

I am absolutely certain of one thing when it comes to rendering travel services to the rank and file. Although you can try to be many things to many people, you can’t be all things to all people if you have any intention of accomplishing your financial goals. END_OF_DOCUMENT_TOKEN_TO_BE_REPLACED

Cruise Line Marketing – Do you Take Advantage?
by Susan Schaefer

This week Celebrity Cruise Line announced a new brand campaign they are launching: “Modern Luxury Lives Here”. In short, they are launching a sixty second TV spot named “Marco Polo” which will be followed by three more spots later in the month. Also they will be “spending more than ever on TV and will enjoy more coverage in major markets….” and will be targeting the Travel Channel, HGTV, and other popular networks. They will also increase their spend in national print publications and in digital marketing. END_OF_DOCUMENT_TOKEN_TO_BE_REPLACED

Join me as I explore Sorrento, Capri and the beautiful Amalfi Coast as well as the ancient cities of Pompeii and Herculaneum — all accessible on shore excursions from Naples, Italy. END_OF_DOCUMENT_TOKEN_TO_BE_REPLACED

What’s in a name?
by Susan Schaefer

I entered this crazy industry 11 years ago. I am just a bit overzealous in the analytic department; it took me over 6 months of analysis to pick a host agency. It took roughly the same amount of time for me to decide on my DBA or “doing business as” agency name (the corporation name was an easy decision). I am indeed one of those that resist pulling the trigger until everything is absolutely perfect; and I do know that is not necessarily a good practice in business. For the past 11 years I have always questioned if I picked the right agency name, wonder if I should change it and rebrand the agency. For the most part I resisted, because I knew it would be costly, both monetarily and also in the time required to re-launch basically from scratch. END_OF_DOCUMENT_TOKEN_TO_BE_REPLACED

For as long as I can remember, January 1 has always been my favorite day of the year. I like it even better than my birthday as January 1 is the day we can officially say goodbye to whatever we didn’t like about the previous year, and get going on whatever new goals we have set for ourselves.

In the luxury travel world, I especially like January 1 for the opportunity it gives me to breathe deep after an insanely busy holiday travel season and reset as we look forward to the upcoming trips our clients are asking us to plan for 2016. All of a sudden, Spring Break and summer vacation periods aren’t so far away, and this translates to getting back to what we do best—creative luxury travel planning for fascinating people who desire to experience the world. END_OF_DOCUMENT_TOKEN_TO_BE_REPLACED

The One Thing: Results
by Mike Marchev

“Accountable people achieve results others only dream of.”

The One Thing by Gary Keller, page 184

The travel industry is the ideal choice for those wanting to pursue an entrepreneurial dream. Why? Because you do not have to buy anything. You have equal access to virtually every product, place, and mode of transportation that everybody else has… and you don’t have to buy any products or warehouse any inventory. That is what is called “a beautiful thing.” END_OF_DOCUMENT_TOKEN_TO_BE_REPLACED