Posted on January 22nd, 2016 by Ralph Grizzle in Deck Plans

I don’t think I’ve ever docked more downtown than in Sete. Situated in France’s Languedoc region, the city is unique in that small ships tie up in the heart of the city, just steps away from all that Sete has to offer. 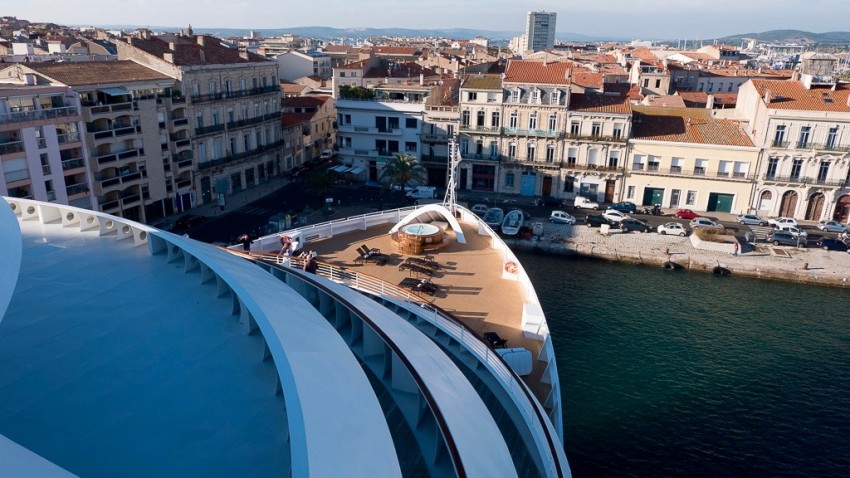 In this series of photos, Seabourn Odyssey practically fills the dock. With such proximity to the city center, the ultra-luxury vessel feels like a fine hotel along the waterside, within walking distance of Sete’s fabulous markets and its Venice-like canals. 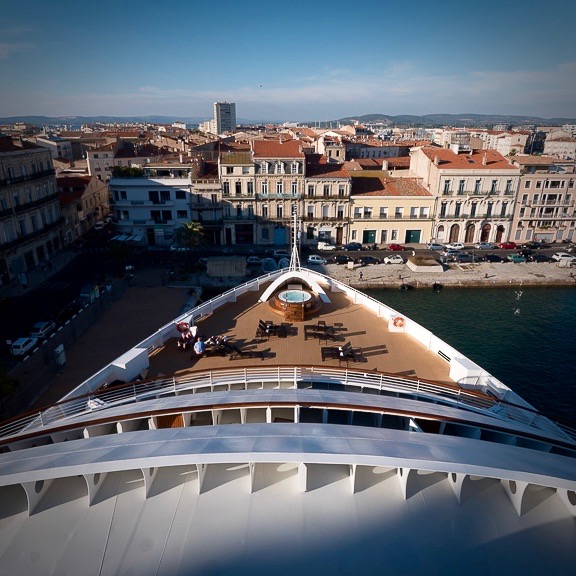 I’ve kayaked Sete’s canals, visited the markets and hiked to the top of Mont St. Clair, which takes about 30 minutes each way and affords beautiful views over the region. If you’d rather venture outside of Sete, you can head out to Montpelier, a charming university town about an hour away; or make your way to the medieval cities of Aigues-Mortes and Carcassonne, both with well-preserved city walls.

I’ve been Sete three times now, once on Silver Wind back in 2010, and twice in 2015: on a hotel barge operated by CroisiEurope and again on Seabourn Odyssey. It’s a city that I can’t quite get enough of and one that I’m sure you’d enjoy. Set your travel ambitions on one of the most charming cities in all of France, Sete. 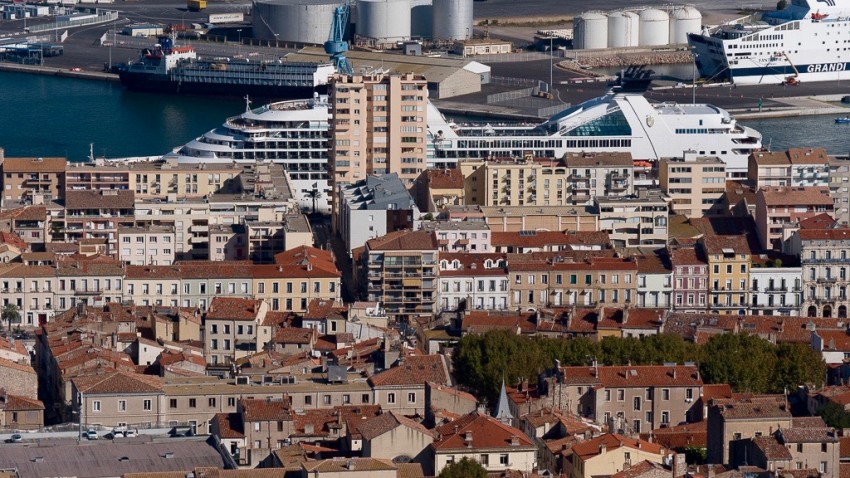