Indulge In The Luxurious Side Of Tasmania With Goway | TravelResearchOnline

Indulge In The Luxurious Side Of Tasmania With Goway

Posted on March 8th, 2016 by Elizabeth Cody in Outposts

Voted the number one island in Australia, New Zealand and the South Pacific and 4th best in the world by readers of Travel + Leisure Magazine last year, Tasmania is an island like no other. Tasmania has so much in common with the mainland of Australia, but even more that sets it apart. Whether its reverence for nature and its resources or the multiple gorgeous beaches all over the island, Tasmania has so much to offer for those looking for a luxury experience away from the more populated areas. Let Goway be your guide to this hidden treasure trove of food, wine, and sun! 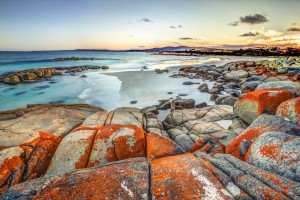 Thanks to its removed proximity from mainland Australia, Tasmania’s natural resources have been relatively untouched by modern pollution. The clean air and water of the island has created a quality culinary economy and production value unlike any other “down under”. Local farmers and fisherman cultivate and bring in the freshest in seafood and produce, much of it grown organically without any pesticides or growth chemicals. Livestock on Tasmanian farms enjoy fresh air and sunshine, producing some of the most exquisite cheese and yogurts in the country. Local seafood includes farmed salmon, wild abalone, and giant freshwater crayfish, all prepared in fantastic local dishes.

Tasmania also produces some of the least-expected but most luxurious culinary ingredients known today, including French-style truffles. These ebony, ordinary-looking mushrooms were only recently discovered in 1999, but the industry has boomed in the last seventeen years, with truffle products ranging from truffle oil to truffle salt, and even truffle honey. Another Tasmanian-exclusive export is the island’s leatherwood honey. Bees who make their home in Tasmania’s rainforests collect the pollen of the tropical leatherwood tree, creating a distinct and spicy golden syrup completely different from other floral honey varieties found elsewhere in the world. Tasmanian beekeepers have continued to lobby for leatherwood to be protected from the logging industry, and often camp out during the honey harvest season in the rainforest.

Another exceptional product to come from the lands of Tasmania is their extensive selection of wines. Popular varieties of grapes grown here include Chardonnay, Sauvignon Blanc, and Pinot Noir, with smaller crops of Cabernet Sauvignon, Riesling, and Pinot Gris. One of the few areas to benefit positively from global warming, the Tasmania vineyards have recently seen their vintages developing more complex flavors with the rising temperatures. Wines from this region have earned esteem and accolades as a premier supplier of cool climate vintages, making the traditional regions in France and Italy stand up and take notice. 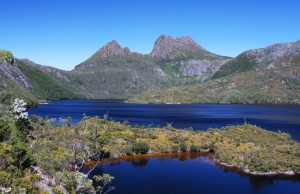 Tasmania, like most of Australia, is filled with unique and fascinating wildlife just waiting for you to explore. Wallabies, wombats, bandicoots, echidnas, and of course, the Tasmanian devil, populate the island. Because so little damage has been done to the natural habitats of these animals, their populations have managed to stabilize and thrive on the island.

Being an island Tasmania, of course, has extraordinary beaches for visitors, the two most well known being the Bay of Fires and the Freycinet Peninsula, which includes Wineglass Bay. The Bay of Fires was named by explorer Tobias Furneaux, who first saw the fires of the native Aboriginal people on the shoreline. The name is also earned by the orange granite rocks framing the stunning sandy beaches along the bay, creating a truly unique contrast.

The Freycinet Peninsula, located on the eastern side of the island, is towered over by the Hazard Mountains, a pink granite mountain range. The peninsula and bay are perfect for anyone looking to kick back and relax, away from the dizzying speeds of the mainland. Here you can go kayaking, fishing, boating, bush walking, and rock climbing, or just take a deep breath and stroll along the glistening and pale Tasmanian sands.

For more information on Tasmania and Goway, visit them online at www.goway.com.