Posted on March 18th, 2016 by Ralph Grizzle in Deck Plans

Hats off to Glen Moroney and his team for conceiving what appears to be the world’s most cleverly thought-through expedition vessel. Scheduled to begin operations in August of 2018, Scenic Eclipse hits on all cylinders thanks to a number of factors currently not seen in today’s expedition space.

In fact, during lunch this past Friday in Boca Raton, Florida, the Australian entrepreneur told me and others at my table that he prefers the term “discovery” over “expedition,” primarily because of the ships long-associated with expedition cruising. His remark was meant not to disparage the existing fleet of luxury vessels operating in the expedition space, but rather to address the image people may have of old rusting Russian vessels with spartan accommodations. 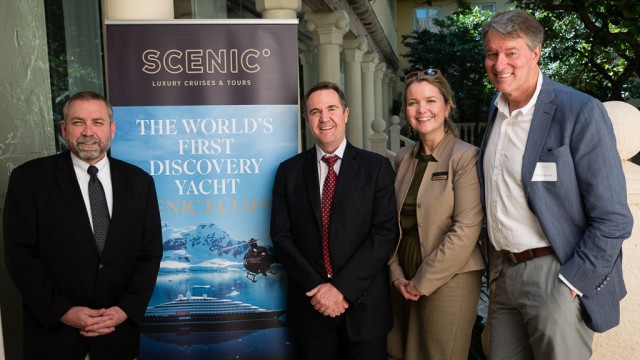 This month, the Scenic team traveled around the United States presenting the company’s new “Discovery Yacht” to top travel sellers and press. At The Addison in Boca Raton yesterday, a dozen or more cruise sellers applauded the design components of Scenic Eclipse and were eager to begin selling it. Some were surprised to learn that even with more than two years from its first sailing, “the first departure is already half sold,” Moroney said. 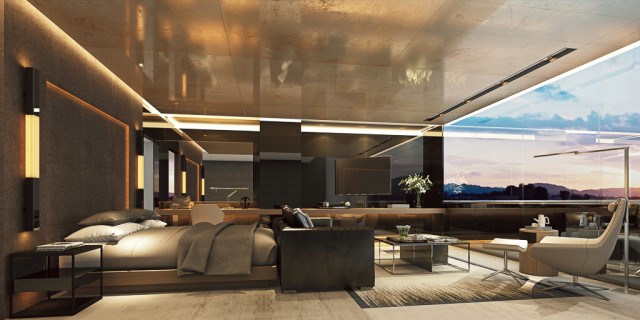 Moroney appears to have taken inspiration from Hapag-Lloyd’s Europa 2 (arguably the most beautiful ship afloat) and other vessels within the luxury space. He and his team have incorporated some of the best features in expedition cruising and married those to an exceptionally beautiful and spacious vessel. From the renderings that Moroney presented to attendees, Scenic Eclipse will be as beautiful as it is functional.

There are four components that will make Scenic Eclipse stand out: 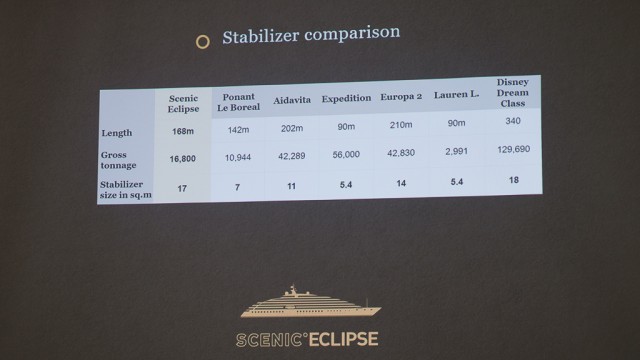 Scenic tells us the oversized stabilizers will make for a smooth ride – and also mitigate motion when the ship is not sailing.

Scenic Eclipse is poised to change expedition cruising as we know it. We will be updating our Scenic Eclipse review page as more details become available.

Share your thoughts on “Scenic Eclipse: Glen Moroney Tells Us More About His New ‘Discovery Yacht’”