Posted on May 24th, 2016 by Elizabeth Cody in Outposts

Xiàmén City is one of China’s best kept secrets: less crowded than Hong Kong or Beijing, but still oozing with charisma and sophistication. Xiàmén is an intriguing blend of traditional Chinese culture with the remnants of European colonialism mingling within to create a one-of-a-kind Southeast Asian escape. Whether you’re looking for a taste of the ancient ways or a breath of the contemporary, Xiàmén has everything you’re looking for, and so much more. 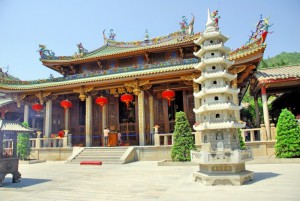 On the southern side of Xiàmén City is the elaborate and ornate Nánpǔtuó Temple, one of the most important temples among the Fujianese people of China and also a prominent Buddhist temple in Southeast Asia. This temple has fallen and risen many times over in the past centuries, the most recent renovation occurring in the 20th century. The temple is still quite active, with monks of all levels teaching and learning in the temple, and worshipers reciting their prayers and mantras while lighting fragrant incense. The entrance to the temple is adorned with a stunning lotus lake in the front courtyard, as well as the Buddha Trinity: representing his past, present, and future. To enter the temple costs ¥3, but you can walk around the tranquil lotus pond or eat in the vegetarian restaurant to the east without paying admission. 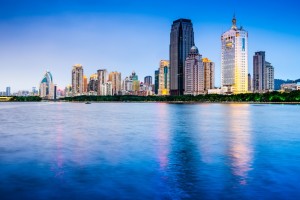 [/media-credit] The city of Xiamen reflecting off Yundang Lake

A five kilometer trail along a beautifully designed industrial scene, the Railroad Culture Park is comprised of elements of China’s steam-powered past repurposed into a community playground. The train tracks, long out of use, are fun for children to walk along as their parents admire the detail of the brickwork inlaid along the path. Whenever you need a rest, take advantage of the water fountains and benches designed to look like stations, and watch the joggers and dog-walkers out for a stroll. Under Yintai Mountain is one of the most fascinating aspects of the park: the tunnel. This tunnel, brightly lit, features images of the park under construction, with plenty of before and after photographs.

Built in memory of the founder of Xiàmén Univeristy, Jiageng Park is named after rubber baron Sir Chen Jiageng, a patriotic Chinese man. Chen Jiageng founded multiple schools in Southeast Asia and raised money for the Chinese government during the late 19th and early 20th centuries. The park covers 30,000 square feet and features five pavilions, sculptures, and a hall, all a testiment to Jiageng’s contributions to China’s culture and development. The park also contains Sir Chen’s mauseoleum, housing his remains, and his former home. 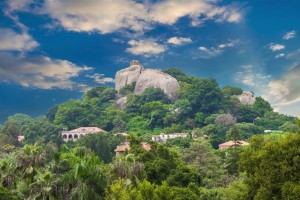 The third largest island off of Xiàmén City, Gulangyu Island has a quirky and fascinating past, culminating in its popularity as a premier tourist destination today. The island was once populated by Westerners, who brought their own architectural styles that mingled with the local style and is still visible in the buildings today. The island has also earned the nickname “The Island of Music” as the home of China’s sole piano museum, and the host of over 200 pianos on the island alone. The island retains it’s slower pace of life by restricting four-wheeled transportation outside of emergency vehicles. With its narrow pedestrian-friendly streets and unique architectural features, it’s no wonder that Gulangyu Island is one of China’s most prized tourist destinations.

For more information on Xiamen City and Xiamen Air, visit them online at http://www.airlinepros.com/xiamen-airlines/.