Windstar Cruises is welcoming the 212-guest Star Pride back to its fleet after an extensive $4.5-million refurbishment that remodeled public spaces, suites, and the ship’s outer decks. She now features the same amenities that her fleetmates Star Breeze and Star Legend received before they entered service. The total investment Windstar has made on these three ships, acquired from Seabourn back in 2013, now exceeds $21.5 million dollars.

“We are extremely pleased with the extensive yacht refurbishment of Star Pride and are excited to be welcoming guests aboard in Windstar’s private yacht style as the Mediterranean cruise season gets under way,” remarked Andrew N. Todd, president and chief executive officer of Xanterra Parks & Resorts, parent company of Windstar Cruises. 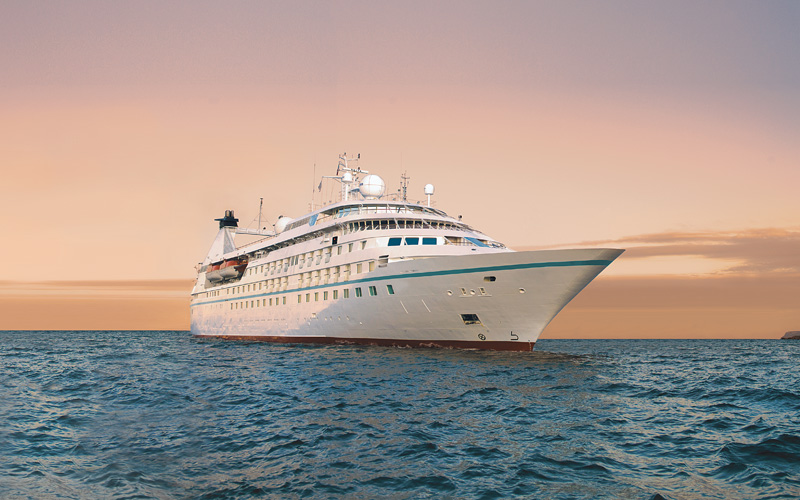 So what’s changed? For new and past Windstar guests alike, there’s plenty to enjoy about the new, remodeled Star Pride: 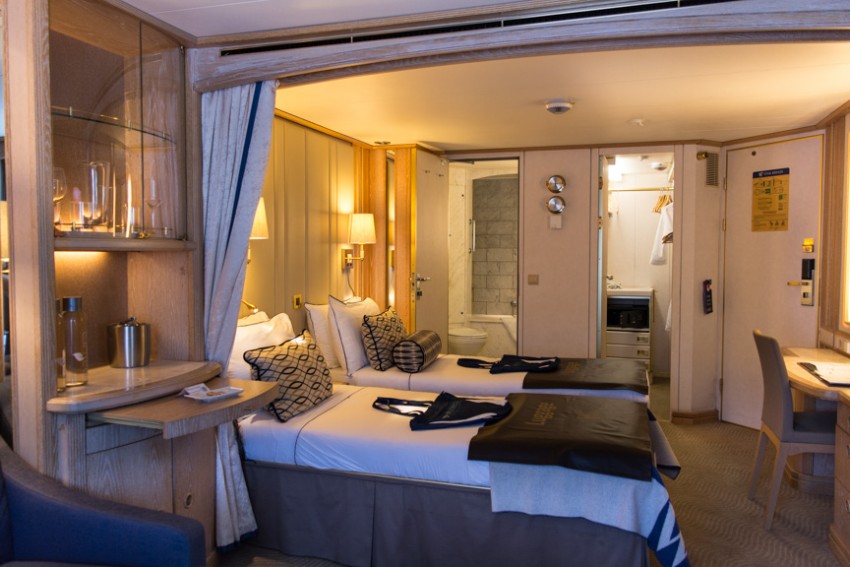 [/media-credit] Suites have received enhancements to better align them to suites aboard Star Breeze, pictured here, and Star Legend.

Suite Upgrades: Two Owner’s Suites were completely rebuilt with a new indoor-outdoor floor plan and interior design featuring new linens, towels, furnishings, windows and drapery. Guests staying in one of the two exclusive suites will enjoy a new, extended private deck area with spectacular views over the bow of the ship.

Public Spaces: All guest stairways and hallways were redone in Windstar blues and earth tones, conveying a unified nautical theme throughout the elegant yacht. New carpets and tile flooring were also added to stairwells and all indoor public spaces. 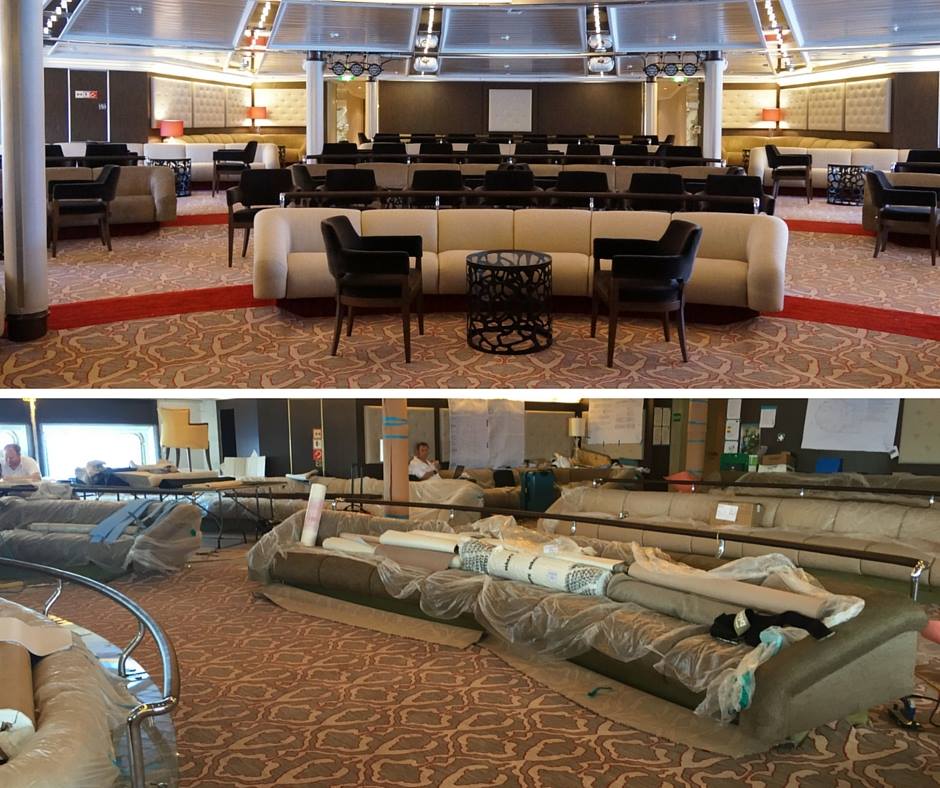 The ship’s Amphora Restaurant also benefited from this recent refit, with new flooring, wall treatments, lighting options, and a redesigned seating layout. A new public bathroom was added outside the restaurant’s main entrance, which is sure to please guests who, in the past, had to hike up one level of the spiral atrium staircase in order to use the restrooms. The Veranda now features sliding glass doors and an aft glass windscreen, while Star Pride now boasts an expanded outdoor courtyard with virtual garden wall, bringing her in-line with sisters Star Breeze and Star Legend.

Star Pride’s upper Sun Deck was also expanded by four feet on either side, following similar renovations to Star Breeze and Star Legend. On the pool deck, a new swim-against-the-current pool has also been installed, keeping her in-line with her sister ships.

Star Pride commenced her first Mediterranean sailing of the year on June 9 from the port of Piraeus. She spends her summer in the warmth of the Mediterranean, before setting out across the Atlantic Ocean in October with a relaxing transatlantic crossing. Star Pride returns to the Caribbean briefly, operating Windstar’s popular Best of the ABC Islands itinerary that operates from Oranjestad, Aruba to Bridgetown, Barbados, and its Jewels of the Windward Islands sailings from Bridgetown.

In early 2017, Star Pride returns to operate Windstar’s Costa Rica & the Panama Canal itineraries before setting out across the Atlantic again in April. 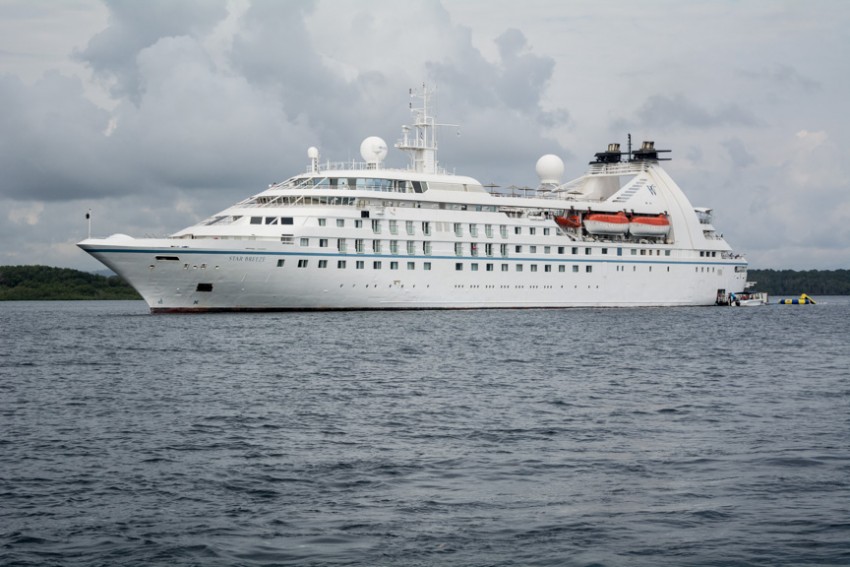 [/media-credit] Interested in Star Pride? Read our Voyage Report from onboard Star Breeze in Costa Rica and the Panama Canal!