Ending the Ban on Travel to Cuba is Closer to Becoming Reality, But Congress Must Now Decide | TravelResearchOnline

Ending the Ban on Travel to Cuba is Closer to Becoming Reality, But Congress Must Now Decide 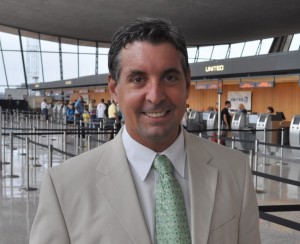 Starting September 7, you will be able to board an American Airlines carrier on one of the first scheduled flights in decades to Cuba. For Americans making that voyage, it could remain one of the most regulated, red-tape ridden trips on the planet, despite the Obama administration’s efforts over the last two years to drastically loosen restrictions through executive action. As Congress returns to regular business this week, the House of Representatives will consider legislation that could end the ban on travel to Cuba.

The red tape of traveling to Cuba

Of course, some Americans have been travelling to Cuba for years, but the regulatory framework at various stages in time has either prevented or dissuaded people from making the voyage. Under the U.S. Department of the Treasury’s Office of Foreign Assets Control (OFAC), general licenses have currently been issued within the 12 categories of authorized travel to Cuba, some of which include: family visits; official business of the U.S. government, foreign governments, and certain intergovernmental organizations; journalistic activity; professional research and professional meetings; educational activities (including people-to-people exchanges); religious activities; public performances, clinics, workshops, athletic and other competitions, and exhibitions; support for the Cuban people; and humanitarian projects. 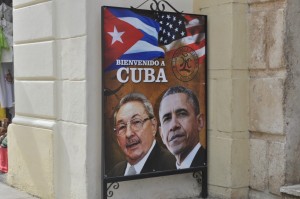 People-to-people exchanges have been, by far, the most popular vehicle of legal travel. Despite the ongoing statutory ban on travel to Cuba for tourist purposes, American citizens are authorized to travel to Cuba to engage in people-to-people educational tours in their individual capacities, rather than being limited to travel under the care and oversight of a sponsoring group tour organization. In March, the Obama administration authorized “self-directed” educational travel conducted by individual travelers instead of groups. Persons travelling in this category must engage in a full-time schedule of educational exchange activities that are intended to enhance contact with the Cuban people and must maintain records sufficient to demonstrate compliance with the conditions of the authorization. The requirements of individual people-to-people travel are vague (intentionally so, in my opinion, in order to make it harder to prosecute travelers for violating travel regulations which lack clear and unambiguous definitions). 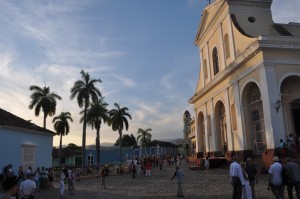 Despite Obama’s intense softening of travel restrictions, a cloud still hangs over many travelers’ minds as to whether they have elected the right legal category or whether they followed the correct procedures while in Cuba. While the prospect of being fined or prosecuted for illegally travelling to Cuba has been rare even under the most pro-embargo presidencies, the current legislation before Congress aims to eliminate the specter of prosecution for “unlawful” travel to Cuba altogether. It would eliminate the guesswork since all forms of travel to Cuba would be de-criminalized. There are currently two travel-related bills currently under consideration by Congress. 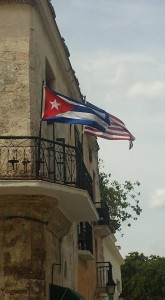 The Freedom to Travel to Cuba Act

There is nothing misleading about the name of this legislation. This bipartisan bill seeks to end all regulatory restrictions on travel to Cuba while not addressing the broader ban on trade. Travel for any purpose, including pure tourism and leisure, would be fully legal. Any transactions associated with travel – from paying for internet access to scuba-diving or sport fishing – would also be legal. The Freedom to Travel to Cuba Act (S.299/H.R. 664) currently has 52 sponsors in the Senate and 130 in the House. Senate support is likely a filibuster-proof majority since several non-sponsors like Senate Foreign Relations Chairman Bob Corker (R-TN) have evolved in their thinking and now favor a more pragmatic policy.

If the measure comes up for a vote in the House, the result is much less certain. The pro-embargo PAC has made deeper inroads in this chamber, persuading even liberal members such as Gerald Connolly (D-VA) representing liberal-leaning districts to adopt a hard line on Cuba. Its passage depends on an evolution in thinking of about one-tenth of House members, as compared with previous Cuba-related initiatives considered during this current Congressional term. 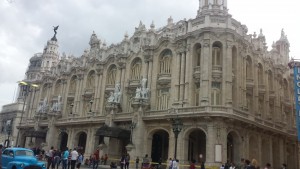 A more likely scenario is for the House and Senate to vote on a Cuba-related amendment attached to an appropriations and financial services budget bill. On June 16, the Senate Appropriations Committee approved an amendment to its version of the appropriations bill, which would lift the travel ban for one year by prohibiting the use of federal funds to restrict U.S. citizens from traveling to Cuba.

A companion amendment introduced by Congressman Mark Sanford (R-SC) is on the schedule for consideration this week. Since the appropriations amendment would not permanently lift the ban on travel to Cuba, it could be a more appealing option for certain representatives who favor a slower, more incrementalist approach to détente with Cuba. Another selling point is that the temporary revocation of the travel ban eliminates the shroud of ambiguity and vagueness consumed in the current regulations. This provides some relief to constituent-travelers who can shed any doubt in their minds as to whether their trips are legally sanctioned by the U.S. government.

Despite close margins in Congress, unregulated travel to Cuba is a much less controversial issue with the American public, even among the most traditionally pro-embargo subsets of society. According to a recent CBS News poll, 81 percent of the American people support ending the travel ban (including 71 percent of Republicans). A Florida International University poll found that 69% of Cuban-Americans in Miami favor allowing Americans to travel to Cuba. 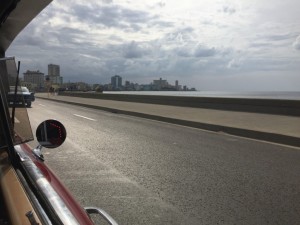 Pressure on Congress is mounting and may prove to intractable to ignore. The airlines have invested in a new network of scheduled flights to several Cuban destinations. The last thing they want to see is nearly empty planes transiting the Florida Straits caused by the public’s apprehension over existing travel rules. The travel agency and hotel industries stand to become direct beneficiaries of unregulated travel as the number of American visitors to the island swells by an estimated 13-fold increase over last year. Over the years, prognosticators have badly misfired predictions as to when the embargo would be lifted and when the Castros would be gone from power. As public consensus and travel industry resolve coalesces around lifting sanctions while the Cuban leadership ages, the end of both events appear closer than ever. We are just now beginning to see a renaissance in travel to Cuba. These eventual occurrences can, therefore, be measured in months and weeks, not decades.

Daniel Zim is an attorney with Zim Travel Law and has been practicing in the specialty of travel law since 2006. You can visit his practice online at zimtravellaw.com, email him at daniel@zimtravellaw.com, or give him a call at (571) 933-6621.

Posted in Ex Fida Bona | No Comments »
Tagged With:

Share your thoughts on “Ending the Ban on Travel to Cuba is Closer to Becoming Reality, But Congress Must Now Decide”