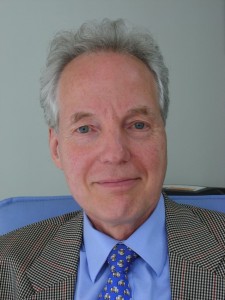 Michael Whitehead was born in India and attended school all over the world, but not limited to: Hong King, Singapore, Scotland, England, and the United States. This included the same secondary school as the former Prime Minister of Great Britain Tony Blair, although Blair arrived after Michael had already left. Michael began his career in the travel industry in the early 1970’s by joining Cathay Pacific Airways as a trainee manager in the Hong Kong head office. He stayed with Cathay until 2002, and between 2002 to 2008 when he joined the Air Astana team, Michael worked with an all cargo airline based in the USA, Polar Air Cargo.

In 2008 Michael joined Air Astana in Istanbul as Regional General Manager for Turkey, the Middle East, and Africa. In April of 2011 he moved to London, and now his responsibility covers the United Kingdom, Ireland, the USA, and Canada.

Michael is married with three daughters, all now in their thirties, and currently lives in London.

Travel Research Online (TRO): You’ve been in the travel industry for almost 40 years. What motivated you to enter the field, and what has kept you going for almost 4 decades?

Michael Whitehead (MW): There is never a dull moment in the airline business, and I was so lucky to start in Asia before the Asian markets ‘exploded’. When I started, Japan was the only Asian country from which tourists travelled overseas by air. Back then, even the reservation system was based on telephone calls and manual records.

TRO: You were born and started your career in Asia before moving towards Europe and eventually taking over responsibility for North America. How was this transition for you?

MW:  There is a simple truth to bear in mind when addressing a new market: In some ways, each market is different, but in many ways, all markets are the same. I think it is easy to transition providing this truth is born in mind. The USA remains the biggest travel market in the world, and of course, we would like to increase our share.

TRO: Tell us about your day-to-day role at Air Astana.

MW:  My goal is to maximize all revenue opportunities within the parameters set by the revenue management department, ensure the best customer service, and do all this while controlling costs.

TRO: Air Astana currently has plans for expanding its fleet by 2020, can you tell us about that?

TRO: Air Astana has recently implemented some new technological advances, both online and in the check-in process. Can you tell us more?

MW: In September 2015, we launched an innovative online tool called MyUpgrade, which enables economy class customers to bid for an upgrade to Business class before their flight. We have offered web check-in for several years, and in early 2015, we installed self check-in machines at some airports in Kazakshtan. We also offer a sleeper economy seat on some of our longer routes.

TRO: What features of Air Astana, whether its offerings or service, do you wish agents were more aware of?

MW: The main point about Air Astana is that in a very short space of time, 14 years since its first flight, it has some major achievements. As of today (July 11), we are the only 4-star airline in Eastern Europe and Central Asia as awarded by Skytrax, who have also named us the Best Airline in Central Asia and India for the last 5 years. We represent a center of aviation excellence in central Asia, and Air Astana should be the natural choice of any traveler destined to any central Asian city.

TRO: What can travel agents expect when they book their clients on an Air Astana flight?

MW:  I think Almaty is up there with the most interesting and picturesque destinations. It is bordered on two sides by snow-capped mountains, even in summer. The use of birds of prey for hunting, not just falcons, is taken to a much higher level in Kazakhstan than in any other country.

TRO: What is on the horizon for Air Astana?

MW: Continued expansion, in a measured and orderly fashion, and maintaining the highest standards of safety and customer service, all achieved by self-generated funds and no subsidy from any other party.

For more information on Michael and Air Astana, visit them online at https://airastana.com.

Share your thoughts on “Michael Whitehead, Regional General Manager of the United Kingdom, Ireland, and North America for Air Astana”