‘World’s Most Luxurious Ship’? Seven Photos For You To Be The Judge | TravelResearchOnline

‘World’s Most Luxurious Ship’? Seven Photos For You To Be The Judge

I’ve been on board Regent’s new Seven Seas Explorer for less than 24 hours, and I have to say that I, along with many other industry professionals, am impressed.

Regent is making the claim that its new lady is the “world’s most luxurious ship.” Certainly there are contenders: Hapag-Lloyd’s Europa 2, Viking’s Sea and Star, Seabourn’s Odyssey-class vessels, and Oceania Cruises’ Riviera and Marina, owned by the same parent as Regent. Those come immediately to mind. And there will be contenders to come: Seabourn’s new Encore, Silversea’s Muse, and Crystal’s trio of ships. Not to mention Scenic’s expedition vessel, due out in 2018. 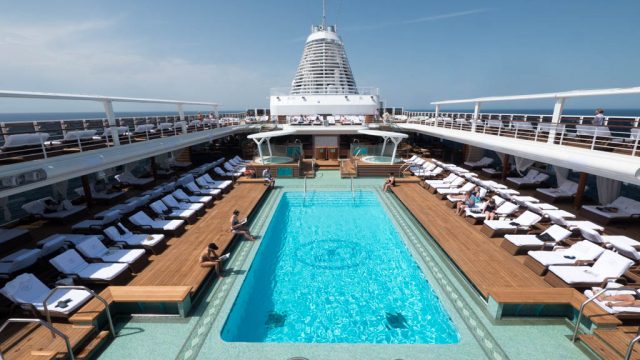 What I can say for certain is that Regent has invested a lot of money in the details on Seven Seas Explorer. Found in abundance: hand-crafted Murano glass and scads of Carrera marble, along with artwork hand-picked by Frank del Rio, whose hand also guides Regent.

Then there are the ultra-large and ultra-luxurious suites, notably the Regent Suite, which was still being set up and polished when we stepped aboard the ship in Barcelona yesterday. This morning, we got a peek inside. She’s a stunner. 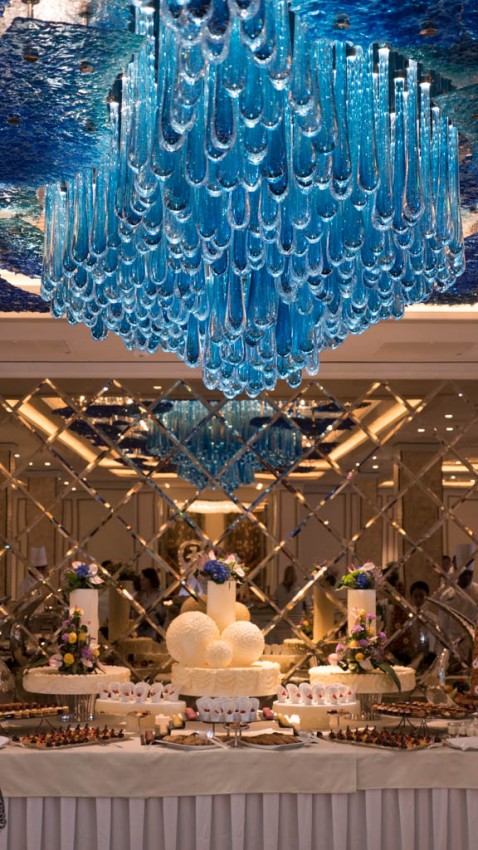 [/media-credit] Murano glasswork in Compass Rose. Each piece was hand-crafted.

The Savoir No. 1 bed alone set Regent back $150,000. Imagine sleeping on a bed that cost more than an average home in some parts of America.

An additional deck had to be added for the 4,443 square-foot Regent Suite, which is over-the-top lavish, yet stylishly done. The two-bedroom suite even features an in-room spa retreat, a first at sea. It also comes with unlimited complimentary spa treatments from Canyon Ranch.

The suite’s living room features a black marble bar with chic black lacquered stools and a custom Steinway Maroque piano (cost $250,000) by famed designer Dakota Jackson. There’s an outdoor, glass-enclosed sitting area off the dining room that provides 270-degree views over the ship’s bow. Guests booked in the Regent Suite also receive a complimentary driver and guide at each port of call. 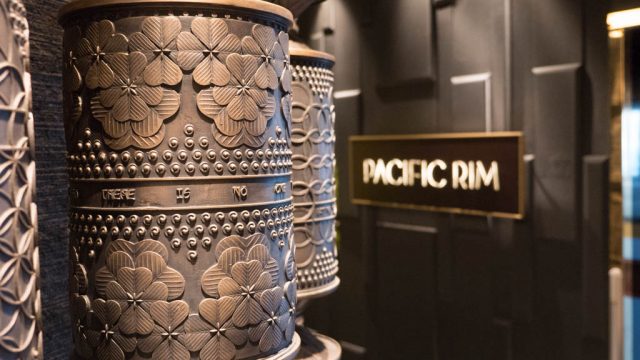 [/media-credit] The prayer wheel outside of the Pacific Rim restaurant weighs 6,000 pounds and cost $500,000. The weight, however, was more of an extravagance than the cost as the shipyard had to engineer support for the weighty prayer wheel.

Clearly, no expense was spared. When designers suggested a bronze prayer wheel at the entrance of Pacific Rim, one of the many complimentary dining venues on the ship, del Rio did not balk at the cost, $500,000, or the weight, 6,000 pounds, which caused the shipyard to go back to the drawing board to add structural support for the prayer wheel. It is gorgeous. Designers said they could have used resin to replicate the prayer wheel, but it would not have had that luxury feel. Certainly the captain would have appreciated the fuel cost savings. Having to lug around 6,000 additional pounds does have an impact on fuel usage. 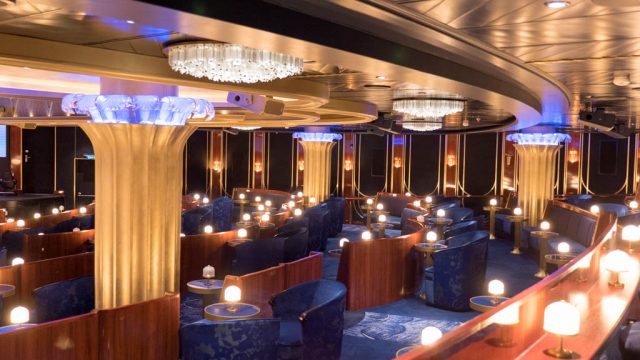 [/media-credit] Murano glasswork topping the columns in the theater.

There are literally hundreds of crystal chandeliers on Seven Seas Explorer, 158 in the restaurants, lounges, and other public spaces; nearly 100 in the larger suites, and more than 200 in the corridors. Much, if not all, of the glasswork is hand-crafted. 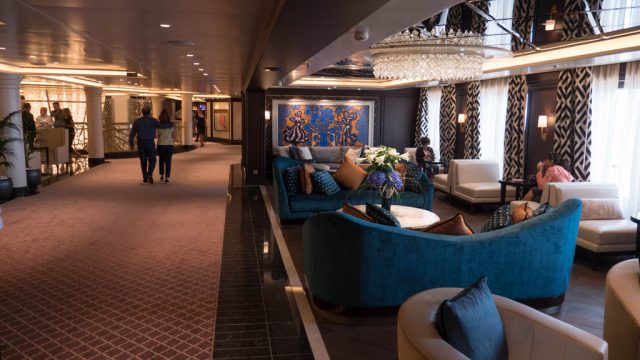 [/media-credit] Beautiful artwork throughout. Note the chandelier. There are 158 crystal chandeliers in the public rooms on Seven Seas Explorer.

There’s enough marble on Regent Seven Seas Explorer to cover an American football field, most of it being Carrera marble from Italy. 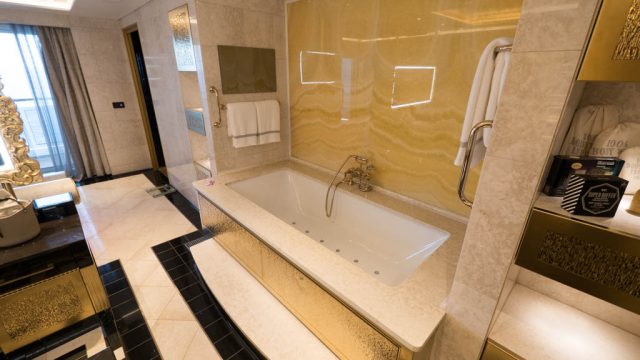 [/media-credit] The Regent Suite’s ‘in-room spa,’ the master bathroom. Throughout Seven Seas Explorer 45,876-square feet of marble was used, with more than half of it being Carrera marble from Italy.

With a guest capacity of 750 guests, Seven Seas Explorer begins her maiden voyage on July 20, 2016. She will spend her inaugural season in the Mediterranean before heading to Miami for a series of Caribbean voyages.

I have two more days to explore this lovely vessel. In fact, I have to get back out there now. Stay tuned, there’s more to come from Seven Seas Explorer, en route to her christening in Monte Carlo next week. 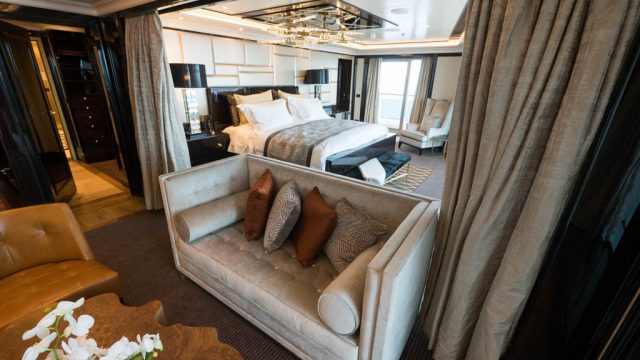 Share your thoughts on “‘World’s Most Luxurious Ship’? Seven Photos For You To Be The Judge”